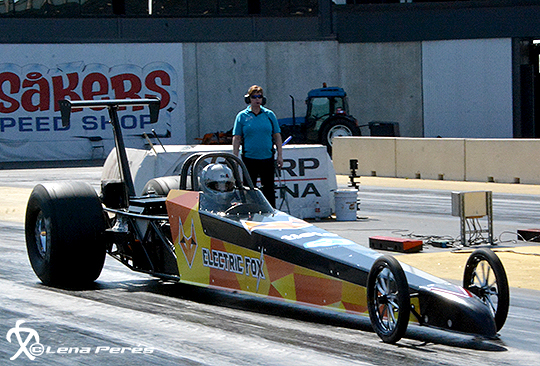 END_OF_DOCUMENT_TOKEN_TO_BE_REPLACED

In 2016, Santa Pod Raceway celebrates its 50th birthday. On Easter Monday 1966, Europe’s first permanent dragstrip opened its gates for business. Today, fifty years later, the raceway hosts events throughout the year from two races of the FIA European Drag Racing Championship to the ‘Run What You Brung’ events. END_OF_DOCUMENT_TOKEN_TO_BE_REPLACED 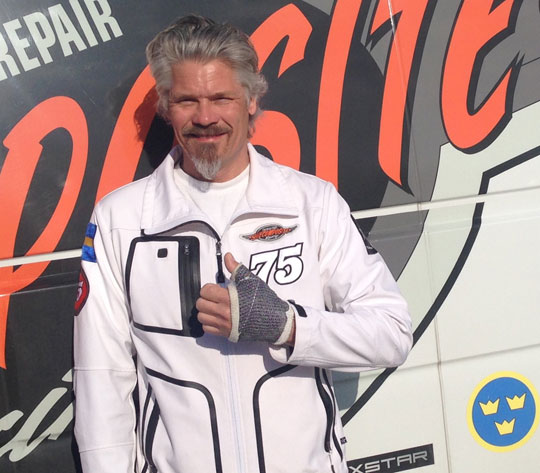 To be involved in a motorbike crash is never a good idea, but to do it just before the start of the racing season is even worse! And that’s what happened to Pro Stock Motorcycle rider Kenneth Holmberg. “Yes I know, this is not good timing at all, but it won’t stop us from starting the season at Santa Pod and doing the full FIM and EDRS Pro Nordic Motorcycle Championship tour,” said the Swecomposite rider. END_OF_DOCUMENT_TOKEN_TO_BE_REPLACED 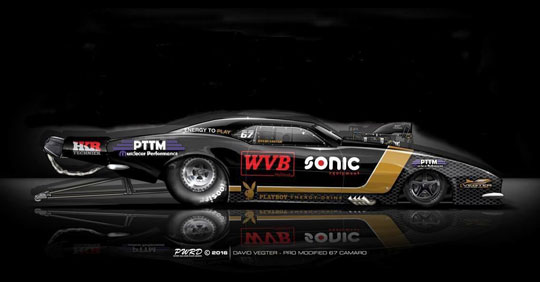 A new name will be added to both sides of the Vegter Pro Mod Racing ’67 Camaro. PedalToTheMetal Musclecar Performance have joined David Vegter as his main sponsor for 2016. The successful and fast expanding company from Sneek can therefore be mentioned in the same breath with the at least as successful and fast Dutch Pro Modified team, frontrunners in the FIA European Drag Racing Championship. The team also announced that Adam Flamholc will be tuning the ’67 Camaro this season. Vegter made his first test run of the 2016 season last weekend at Malmö Raceway and was the quickest and fastest combination of all teams that attended the two day test.     END_OF_DOCUMENT_TOKEN_TO_BE_REPLACED 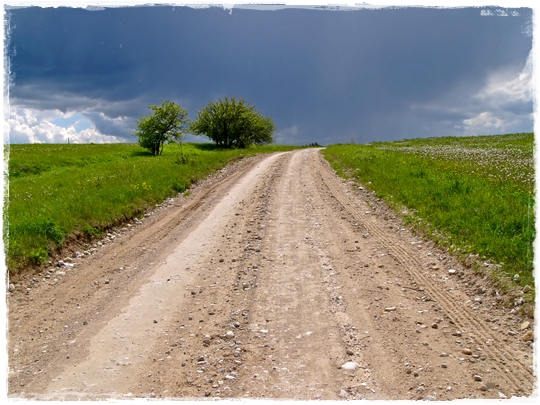 May 6th: Today is one of those magic days. The first race of the season is on its way and reports från Vårgårda Dragway, Sweden says they are having great weather and have completed qualifications. We are entering “race mode” and that is a special feeling.   END_OF_DOCUMENT_TOKEN_TO_BE_REPLACED 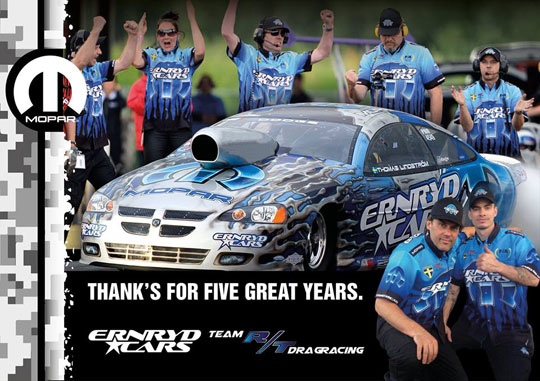 The 2015 Pro-Stock champion will forever be listed as Thomas Lindström. The team that he won the championship with will equally be listed as Team R/T Ernryd cars. The PS 1 plate for 2016 will be attached to the Dodge Stratus once again, however the title sponsor will now be DK Lyft and the Ernryd cars name will adorn a different car with Ernryd cars owner Stefan Ernryd behind the wheel. END_OF_DOCUMENT_TOKEN_TO_BE_REPLACED 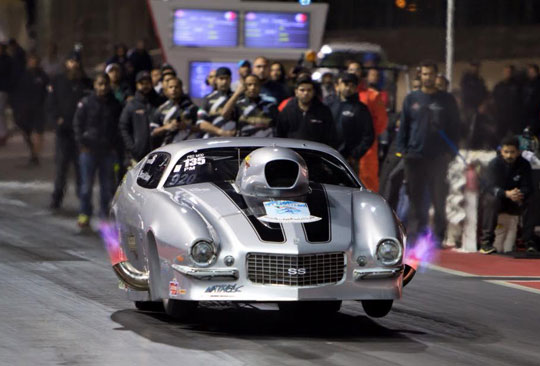 Kuwait’s Hussain Al Shammari, who has raced in PDRA in the USA as well as the Arabian Drag Racing League winning events in Qatar and Bahrain, will join the Pro Modified entry at the FIA Main Event at Santa Pod Raceway on 27th-30th May. Hussain confirmed to Eurodragster.com that he will be driving Norbert Kuno’s second blown-alcohol Avenger. Hussain plans to contest the whole FIA Tour. END_OF_DOCUMENT_TOKEN_TO_BE_REPLACED 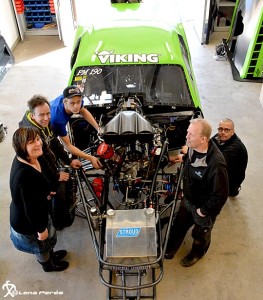