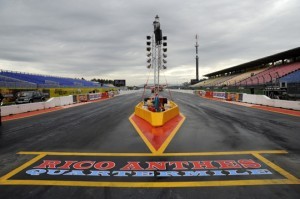 The Hockenheimring is one of the most modern circuit race tracks in the world – but also one of the most steeped in history as it was opened already in 1932! The grandstands have an impressive capacity of 120,000 and an estimated 40 million spectators have visited the circuit since it was opened! The drag racing track also called the Rico Anthes Quarter Mile runs alongside the circuit track. 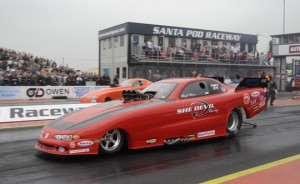 Since 1966, Santa Pod Raceway in the UK, has been hosting major Drag Racing events. Today Santa Pod hosts over 50 events during the race season Jan-Nov, with sensational race action from dragsters and doorslammers to beetles and bikes! The track at Santa Pod Raceway is a permanent full concrete track. Santa Pod has traditionally hosted the opening and final FIA championship events. 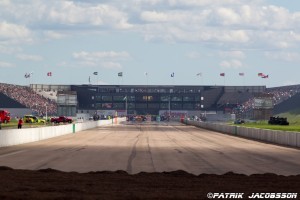 Built in 2011, Tierp Arena is a state of the art permanent, full concrete, 1/4 mile Drag Racing track. The huge stands can accommodate over 20.000 seated spectators. The arena is conveniently located one hour north from Sweden´s capital Stockholm and hosts two FIA Championship events, one in June the other in August.