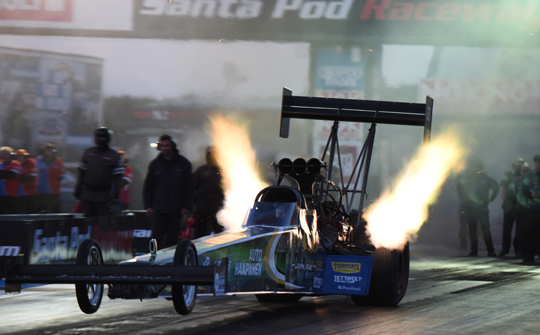 Anita Mäkelä raced to the provisional number one qualifying position in Top Fuel at the first day of qualifying for the European Finals, the sixth and final round of the FIA European Drag Racing Championship at Santa Pod Raceway in England. With her qualifying run Mäkelä also clinched the 2018 FIA Top Fuel title. In Top Methanol Sandro Bellio is the leader after day one, while Roger Johansson stormed to a stunning 5.794 second Santa Pod track record to take the lead in Pro Modified. In Pro Stock Bengt Ljungdahl claimed the provisional number one qualifying position.

Cool temperatures and good track conditions at Santa Pod Raceway were once again a guarantee for great elapsed times in all four categories of the FIA European Drag Racing Championship. 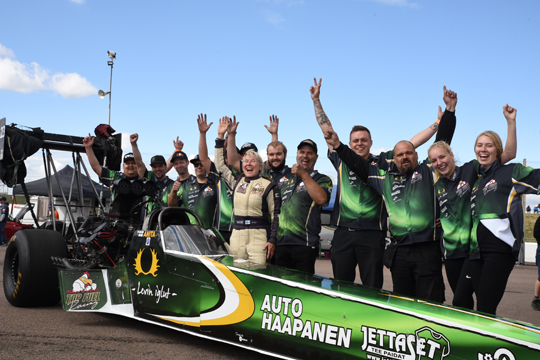 In Top Fuel Anita Mäkelä only had to qualify for the sixth and final race of the season to clinch the 2018 FIA European championship. The 2016 champion from Finland raced into the second position in round one and that was enough to add another title to her impressive list of honours. In the second qualifying session at an almost dark Santa Pod Raceway the newly crowned champion stormed to a stunning 3.894 seconds to jump into the provisional number one qualifying position. 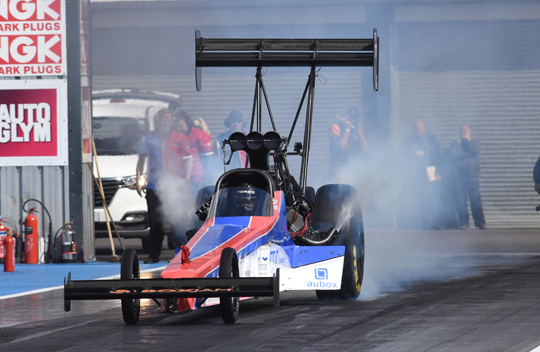 Antti Horto, leader after the first run, is the number two qualifier after day one with 3.93 seconds, with Urs Erbacher with 4.18 seconds in third position. Stig Neergaard is the provisional number four. 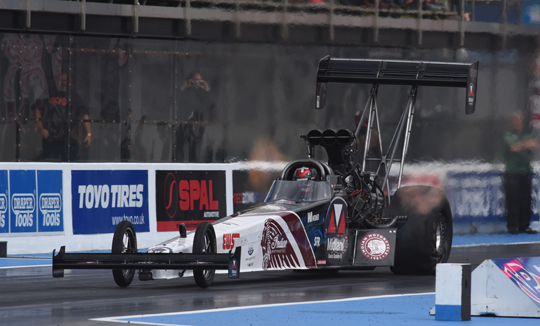 In Pro Modified Roger Johansson stormed to a stunning 5.794 seconds. The Swede reset the Santa Pod track record and is the second European Pro Mod driver to run in the 5.7 seconds. 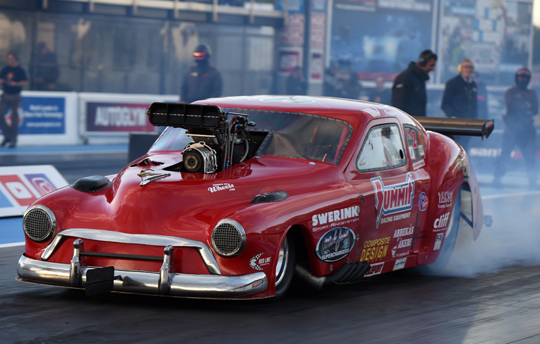 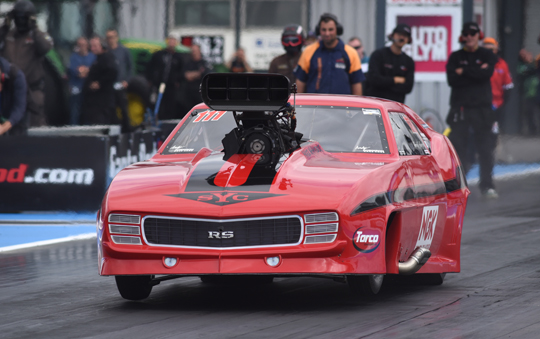 Jan Ericsson and Kim Kristiansen, the numbers four and five qualifiers, broke the 6-second barrier as well with 5.94 and 5.98 seconds. Kev Slyfield is the first driver in the 6-second zone with a new personal best of 6.02 seconds. 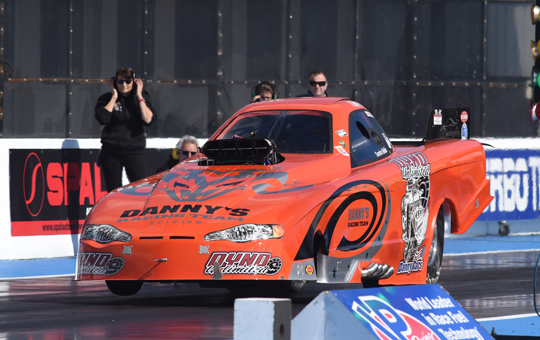 In Top Methanol Sandro Bellio claimed the number one qualifying position with a great 5.452 seconds, only 0.03 seconds short of the European record. 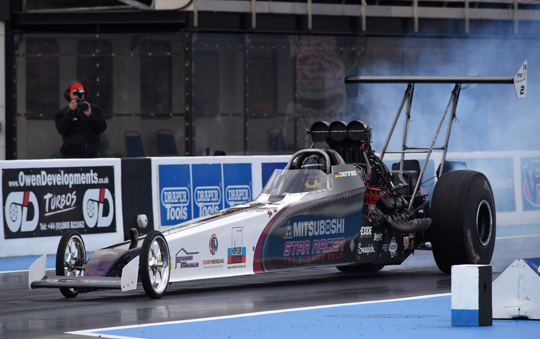 Dennis Habermann raced into the number two position, with his brother and championship leader Timo in third position. Jonny Lagg is fourth. 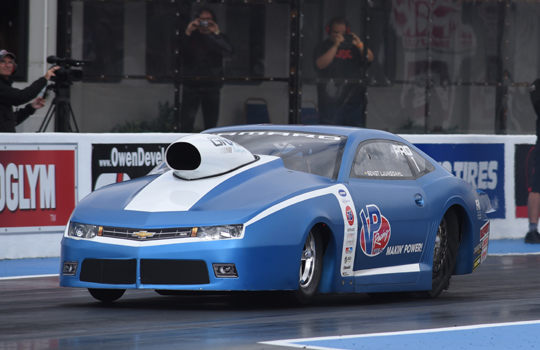 In Pro Stock reigning champion Bengt Ljungdahl is the provisional leader after two runs with 6.608 seconds. 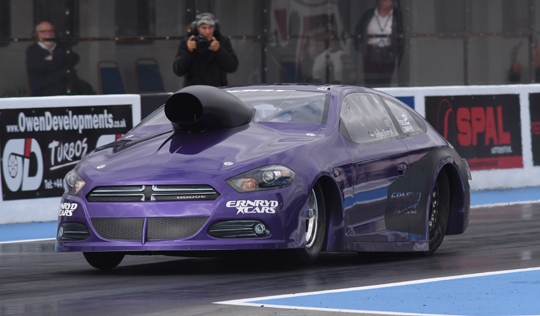 Stefan Ernryd, also the number two in the championship behind Ljungdahl, is the number two qualifier with 6.638 seconds, with Michael Malmgren not far behind in third position with 6.645 seconds. Robin Norén is the number four with 6.710 seconds. 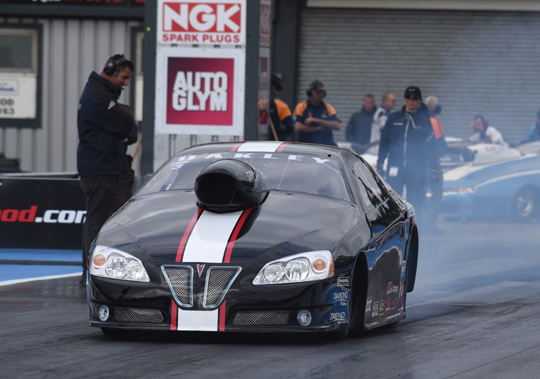