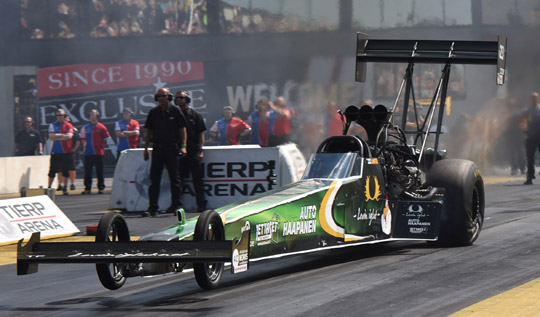 Anita Mäkelä from Finland raced to victory in the Top Fuel final of the Tierp Internationals, round two of the FIA European Drag Racing Championship at Tierp Arena, Sweden. In Top Methanol Dennis Habermann defeated his brother and reigning champion Timo Habermann to take the win. In Pro Modified Andreas Arthursson surprised with a win and his first FIA trophy, while in Pro Stock Michael Malmgren made an end to a long winless period by defeating Stefan Ernryd in the final.

It was a great day of racing at Tierp Arena, where the weather and track conditions were excellent again and the eliminations in all categories were exciting. 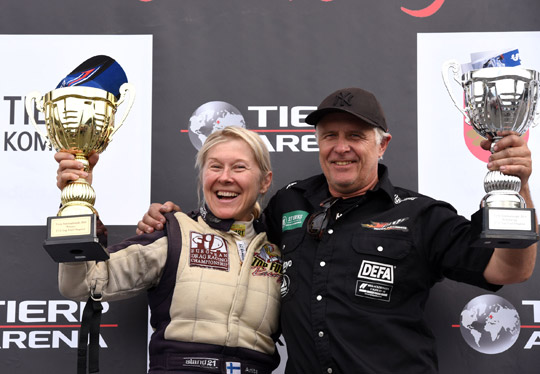 In Top Fuel the numbers one and two qualifiers, Anita Mäkelä and Mikael Kågered didn’t make any mistakes and both advanced to the final. Mäkelä had a narrow escape in the first round of eliminations when the 2016 FIA European champion needed a better reaction time to defeat a quicker (3.90 over 3.91 seconds) number eight qualifier Liam Jones. In an all Finnish semi final Mäkelä continued with her string of 3.9-second runs to defeat Antti Horto. Kågered advanced to the final after a win over Jöran Persåker and a bye run when Timo Lehtimäki couldn’t start after a fuel leak in the burn out of the semi final.

In the final Kågered ran into problems immediately after the start, handing the win to Mäkelä. As Mäkelä finished as the runner up in the first race of the season, she is also the new leader in the championship.

In Top Methanol the numbers one and two qualifiers Timo and Dennis Habermann advanced to the final as well. Timo Habermann defeated Mikael Larsson in the first round and had a bye run in the semi final when the engine of Arie Pietilä’s Funny Car didn’t fire up. His brother Dennis defeated last year’s Tierp winner Sandro Bellio in the first round, to advance to the final after a great and close semi final against Jonny Lagg. In the final Dennis was the quicker of the two brothers with a great 5.32 seconds to take the win and get his revenge after Timo was the winner of the first race at Santa Pod. 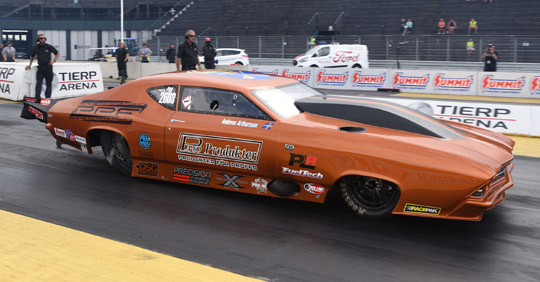 Pro Modified was once again spectacular and exciting as well. Number one qualifier Jimmy Ålund was both quick and consistent in eliminations as well, and with a string of 5.8-second runs the Swede defeated Lars Järpler, Roger Johansson and a surprise semi finalist Norbert Kuno to advance to the final. Number two qualifier Andreas Arthursson also needed 5.8-second runs, the first one to defeat Marco Maurischat, while reigning champion Michael Gullqvist was the next victim of the fast turbo Chevelle. After these exciting eliminations with record setting elapsed times the final ended in an anti climax. Drama struck Ålund as his engine did not fire up and the Swede couldn’t take part in the final. In the final Arthursson stormed to another great 5.88 seconds to win his first ever FIA trophy. 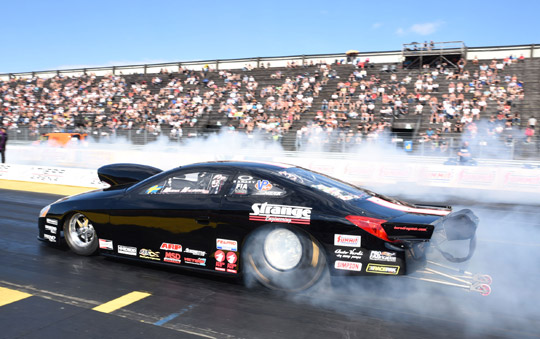 In Pro Stock number one qualifier and reigning FIA European Pro Stock champion Bengt Ljungdahl was defeated in the first round. Stefan Ernryd, winner of the first race of the season, advanced to the final once again after defeating Robin Noren and Jimmy Ålund with two 6.60-second runs. In the final Ernryd had to face Michael Malmgren, who won his semi final over Magnus Petersson. 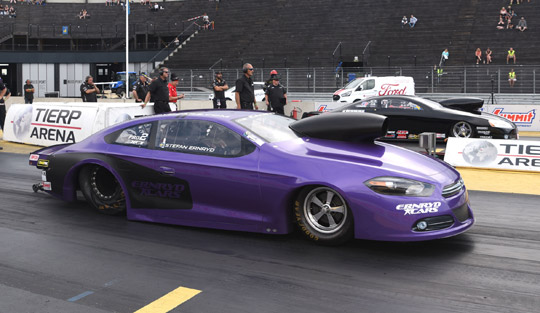 Ernryd was the clear favourite to win the race, but the Dodge driver pulled a red light, handing the win to Malmgren.

More photos from the Tierp Internationals can be found at: https://www.dragracingeurope.eu/fiaedc/tierp-internationals-tierp-arena-june-7-10-2018/