Danny Bellio is back in business 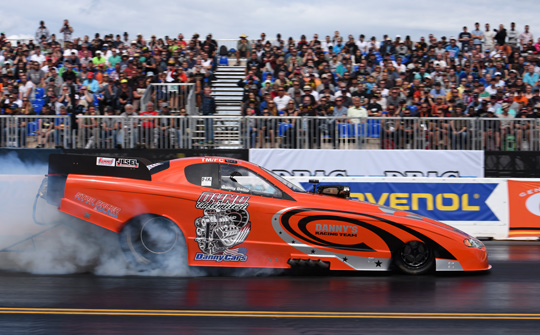 After a one season break and a season he wants to forget as soon as possible, Danny Bellio will be back on track in 2017 and Danny’s Racing Team will compete in almost all rounds of the FIA European Top Methanol Championship. And for those who might have thought the Belgian family finally took some time to relax over the last two years, they don’t really know the Bellios, as besides their already extremely busy garage and shop Danny Cars, they started Dyno Unlimited, a test facility for engines up to 4,000 bhp. 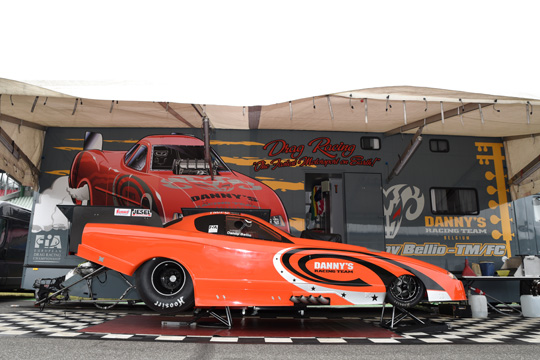 “We destroyed our engine in the first test run the day before the 2015 Main Event. After a long winter of hard work, the season was over on day one, as we didn’t have the spare parts or money to build a new engine, and we were also extremely busy in our workshop at home,” said Danny Bellio about the shortest season of his career. 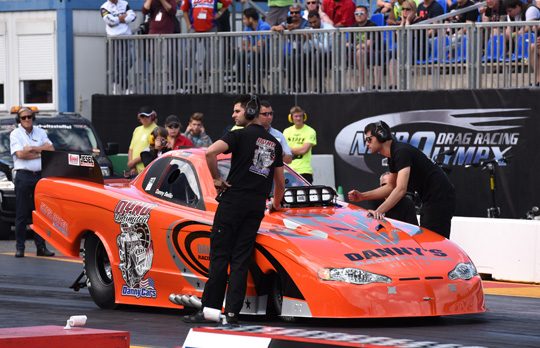 But 2016 was also a year Danny’s Racing Team would like to forget. The team ordered parts to build a new engine, but as these parts arrived only one week prior to the Main Event, the team had to skip the first half of the season and focused on a comeback at Hockenheim. But then health issues played tricks on their plans. Danny made a successful attempt to quit smoking after 40 years, but then suffered breathing problems. 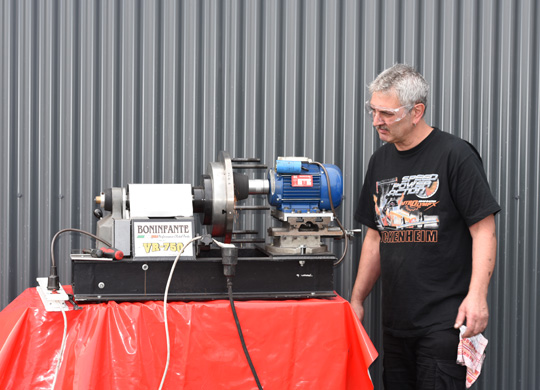 Doctors couldn’t find what caused the problems, but it was getting worse and after he didn’t feel well at Hockenheim, Bellio had to quit the Scandinavian Internationals after Friday qualifying. Back home the doctors decided to run the tests all over again and finally found the reason for all the health issues. The thyroid was growing extremely fast and pushed against and closed the air pipe. Surgery followed in November last year and Bellio hopes to be race ready before the season starts at the end of May. 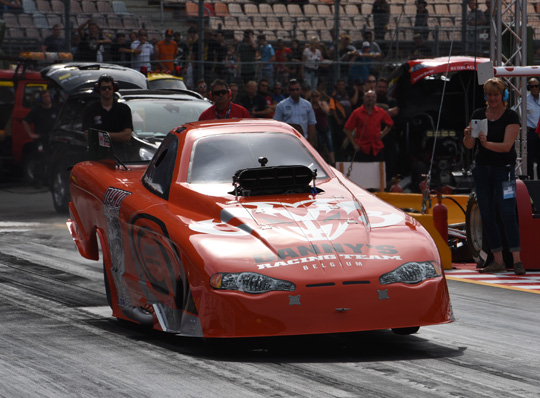 “This season will be a new start. Last year we tested our new engine combo on our new engine dyno and everything looked fine and very promising. We know that the car is capable of running into the 5.6 seconds, and maybe even faster. We look forward to do some awesome test runs. We will try to do the FIA European Championship tour, but Alastaro is not sure at the moment. It’s no secret we have some problems with the Santa Pod track, as after the finish line it’s very bumpy with a Funny Car. But it was great to hear that they asked for data from teams and want to solve that problem. If they can’t, we’ll make 300 meter passes over there. That would be a pity, as Santa Pod is our favourite track. The fans know what they are talking about and are awesome. We are less happy with the fact that we will race together in one class with the Top Methanol Dragsters. We have heard about a handicap system, but we’ll have to see how that works out,” said Micha, Danny’s wife, looking forward to the start of the season. The Bellio family will also be at Santa Pod Raceway’s Festival of Power to support John Gerritsen, as they built an engine for the Dutchman’s Super Pro ET Bel Air. 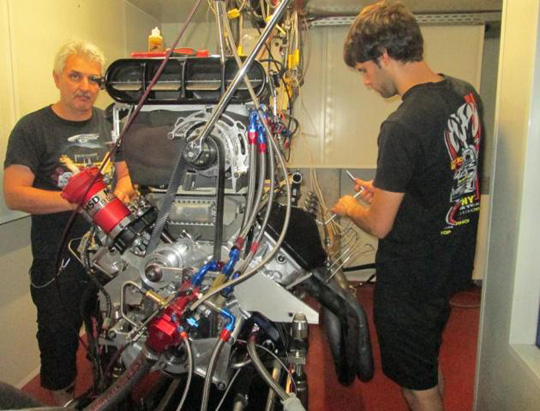 The Bellio family, Danny, Micha and their sons Sandro and Christiano, run a garage and shop for American cars in Houthalen, Belgium. There is always plenty of work and they can hardly take a day off, but besides their business and the race team they still made time to start Dyno Unlimited. 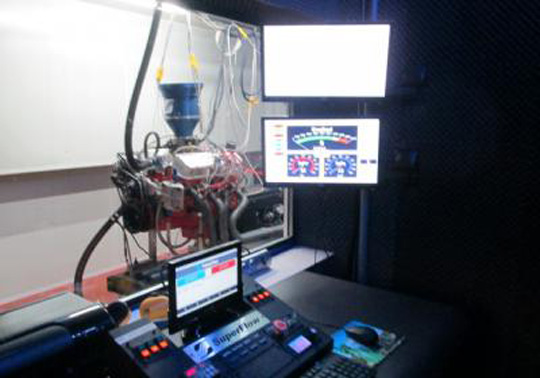 “We thought it would be great to have a dyno in Europe to test engines up to 4,000 bhp. We were sure people would be interested. We started the project, but it was so much more work than we ever expected. But it’s ready and we have had the first engines tested. People have to realize that it saves so much money and prevent damage to test an engine on the dyno. And you have a baseline set-up before you go to the track, which saves runs and money too. Potential engine or tuning problems can be spotted and mended before damage occurs. We can handle naturally aspirated, turbocharged, supercharged on gasoline or alcohol, carburetor, mechanical injection or EFI from a regular street engine up to a 4,000 bhp race engine combo. We offer full service but many other options are open too. If teams are interested, please feel free to contact us through Facebook (DynoUnlimited) or e-mail info@dannycars.be.”