Information relevant for participants  in the FIA European Drag Racing Championship.
In case you have questions to which you don´t find answers on this page, please contact the coordinator (see below)

FIA is the sanctioning body for the FIA European Drag Racing Championship www.fia.com

From 2o2o DRE Drag Racing Europe is assigned by FIA as promoter for the Championship. Emailadress news@dragracingeurope.org

TECHNICAL REGULATIONS & CHAMPIONSHIP SPORTING REGULATIONS
Link to the page on the FIA:s website where the Sporting & Technical Regulations are published.

Please note it is every driver´s responsibility to seek information and to comply with the FIA Regulations when participating in the FIA European Drag Racing Championship. See the events calendar on a separate page at this website.

Registration and payment of the entry fee for the FIA European Drag Racing Championship is administered by Speedgroup.

Championship registration is handled via www.dragracing.eu  (opens in February)

Create a drivers profile, log in and select the “FIA European Championship” Registration in the list of events. Technical support for dragracing.eu can be reached by emailing support@dragracing.eu

Non-registered championship drivers may enter FIA Championship events but are not eligible for pay out of any event prize funds nor travel funds.

FIA COMPETITION LICENSE
Drivers must hold a FIA International Competition license valid for drag racing and specifically for the category of vehicle to be driven. It is applied for via the National ASN (motorsports federation).

ANTI-DOPING
Each driver is personally responsible for keeping updated and complying with the anti-doping regulations at all times. If you are a driver or rider active in the FIA championship or just interested to learn more, please take a moment to study the information provided at the FIA website to make sure You are not using any substances that are prohibited or need to be notified to FIA by the use of a Therapheutic Use Exemption Application Form (referred to as TUE).

You will find all you need to know incl the TUE Application Form here: http://www.fia.com/anti-doping 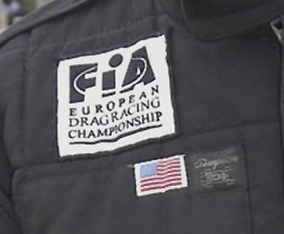 On the drivers suit: Each driver must display the FIA European Drag Racing Championship logotype in chest height on the right hand front side of his driver’s suit. Minimum size 80 x 80 millimeter

All registered FIA Drivers is provided an embroidered FIA-logo patch free of charge by Speedgroup. Also available to collect from Speedgroup staff at any championship events.

FIA LOGO FOR EMBROIDERY DIRECT ON THE DRIVERS SUIT
If You wish to embroid the FIA logo onto your drivers suit,
Speedgroup can provide an embroidery file free of charge (normally cost around €80-100 to produce one). The file can be used direct in most type of embroidery machines – the file provided is Tajima format (.dst)

Each driver must display the FIA European Drag Racing Championship logotype each side of his racing vehicle.
Minimum size 120 x 120 millimeter

All registered FIA Drivers are provided FIA-stickers for the race cars free of charge by the FIA Championship administrator Speedgroup. Request stickers from  asa.kinnemar@speedgroup.eu

For high resolute FIA Logos that can be used for print in big formats (for display on transportation vehicles etc.) please request a file via email to the above adress.

FIA COMPETITION NUMBERS
Each driver must have a current FIA European Drag Racing Championship competition number and  display it on the car car. To indicate which class an FIA race car belongs to the competition number is accompanied by an abbreviation code for the class (see top of this page after the class name) 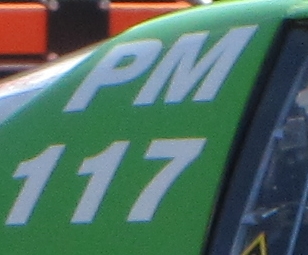 HOW TO REQUEST AN FIA COMPETITION NUMBER (NON TOP10)
Please, contact Speedgroup via email for information and assistance. asa.kinnemar@speedgroup.eu

The race numbers 1-10 is on loan to drivers based on the final ranking based on championship Points the previous season. Riders who was ranked top 10 shall display their ranking number on their car (well visible) when participating in any FIA European Drag Racing Championship events 2020, instead of their regular race/start number.

Drivers not ranked 1-10 or who did not participate in the 2019 championship shall use their regular race number. For bookings and rates inquiries for any of the contracts – Contact Finnlines!
Call center telephone: Finland +358(0)9-23143100  within Sweden 0771-340900
email: passenger@finnlines.com
Times schedules can be found at:  www.finnlines.com

Teams active in the Championship can request the contract code from Speedgroup: Åsa Kinnemar asa.kinnemar@speedgroup.eu

For info on  discounts for crossings over the British Channel with DFDS, please check the website of the organising club Santa Pod Racers Club

If your team have official news to share, Speedgroup will be happy to publish it on the FIA Championship website and Facebook group. Remco Scheelings is Speedgroup´s assigned media officer for the FIA European Drag Racing Championship. email remco.scheelings@speedgroup.eu

TEAM SHIRTS
Speedgroup´s preferred supplier for team apparel is US based Classic Graphix (the shirts are produced in the US).