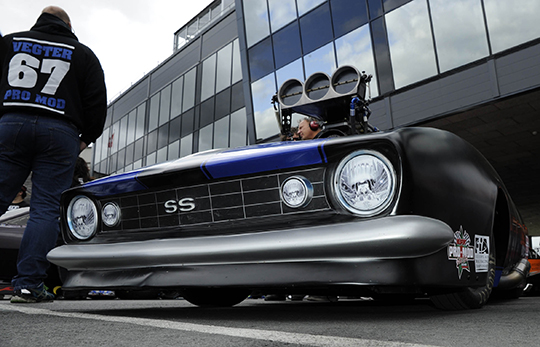 With immediate effect, David Vegter will be back on track under his own familiar team name Vegter Pro Mod Racing. The Dutchman will once again compete in the FIA European Pro Modified Championship, the championship in which Vegter was so successful in recent years. “The crew will be the same and we are updating the Camaro at the moment. We’re going for it with renewed energy and we are going to make it a great season,” said a driven David Vegter.

As reported a few weeks ago, the cooperation between David Vegter and sponsor PTTM has come to an end. One of the consequences is, that the Dutch drag racing team will go back to their familiar name Vegter Pro Mod Racing. As the driver of the Vegter Pro Mod Racing ’67 Chevrolet Camaro, Vegter has made an impressive list of honours in the FIA European Pro Modified Championship in recent years. Vegter claimed the third position in the 2017 championship, his best result so far, and finished in fourth position in 2019. With his personal bests of 5.804 seconds at 398.8 km/h, Vegter is one of the quickest and fastest Pro Modified drivers in Europe. Vegter is also the track record holder at Alastaro and Kauhava, the two Finnish FIA European Drag Racing Championship tracks. 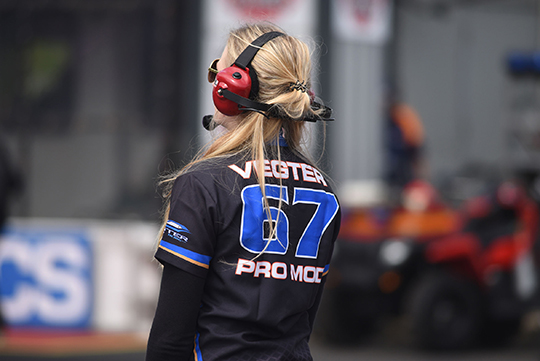 The newest chapter in the 11-year history of his Pro Modified team also means a fresh restart for Vegter, and a situation that creates new opportunities. After 1.0 and 2.0, Vegter Pro Mod Racing now step up to 3.0. All team members are extra motivated to accelerate the upward trend from recent years and to make it a great 2020 season