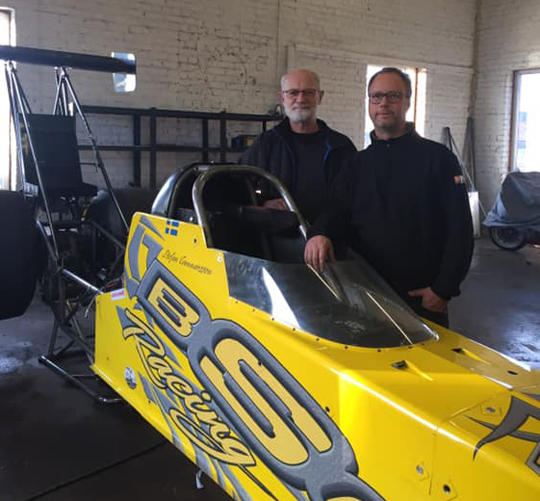 In 1976 Stig Olsson’s drag racing career kicked off with a nitro car he bought from Krister Johansson. Now, 43 years later and after many seasons in non-nitro categories, Olsson is the proud owner of a nitro car again. And that’s not the only circle that is complete for Olsson, as Johansson will assist Daniel Jedborn, who is also the driver of the StigO Motorsport A-Fueler, with tuning advice. “We bought the BSG Racing A-Fueler from Stefan Gunnarsson and after the licencing procedure we will field the car in the FIA European Top Methanol Championship,” said Olsson.

“It was a quick deal,” said Stig Olsson about the purchase of the BSG Racing A-Fueler. Olsson and his team StigO Motorsport were headlined in an article on dragracingeurope.eu in November last year (click here), as they were (and will be again in 2019) racing in the States. “The plan was to take a break after the Gatornationals in Gainesville and return to the States in the autumn. The summers in the States are far too hot for me, as I can’t stand the heat. I have been crewing for several teams here in Europe, and I could have done that again this year, when this opportunity arose. But although I’m retired, I’m still very busy with my transmission business, so there is no time to prepare two cars, one in the States and one in Europe. Daniel Jedborn is a friend of mine for many years. We race the same type of car, a front engine Competition Eliminator dragster. Daniel is a great driver and he was very successful with several titles in the Summit Racing EDRS Competition Eliminator Series, while he also was Swedish champion in 2017 and runner up in 2018. I own the A-Fueler and Daniel and his team will prepare and service the car. It’s a win-win situation for the both of us. I live in Strömstad and Daniel in Skellefteå, 1,200 kilometers up north, 75 kilometers south of Piteå, so it’s not possible for me to do so much work on the car. But I’ll fly over a few times to help them with preparing the car. I’ll be at the races, but I’ll not have to do so much at the track,” said Olsson, to continue: “We, Daniel and his team, will work close together with Jonny Lagg and Krister Johansson. They are a great team with a lot of experience and always a smile on their face. I’m really looking forward to this new adventure and working with Jonny and Krister. Krister will also assist in tuning the car, as nitro is something completely different from what I have been doing in recent years. But that makes it even more special as that completes two circles. I started my racing career in 1976 with a nitro car I bought from Krister. Now I have a nitro car again and Krister will help us tuning it.” 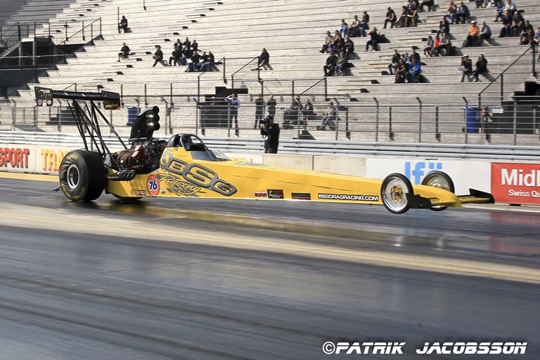 Before the start of the season the A-Fueler will be updated by Jedborn and his team. “There will be some minor changes. We’ll first see how things work out before we do some more adjustments. Daniel will have to start with upgrading his licence. After that the plan is to enter the Scandinavian races of the FIA European Top Methanol Championship. Let’s first see how that works out and then we will probably try to do more races next year. The last time the car went down the track was one and a half year ago when Robin Lantz, Peter’s son, did some licencing passes. That went pretty well, so if we can carry on from where he left off, we will be happy.” 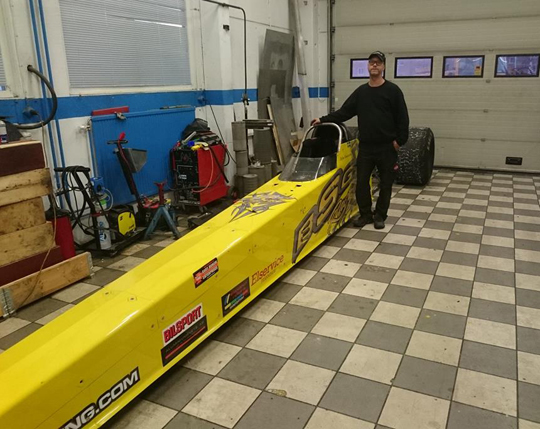