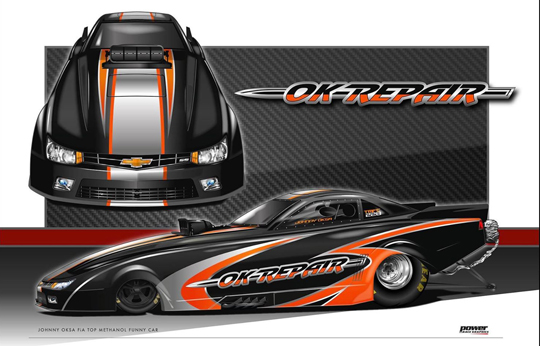 After winning the 2016 FIA European Top Methanol Funny Car Championship, Johnny Oksa took a year off to come back at last year’s Tierp Internationals at Tierp Arena. It was a dramatic return to the track as Oksa suffered a devastating crash in qualifying that brought an end to his season before it had even started. Shaken, not stirred, ‘the beast from Finland’ wanted to be back on track as soon as possible, and with a new car, Oksa will celebrate a second comeback in 2019!

“We started the 2018 season in June at the first Tierp race. We had updated the car with so many new parts, that it was like a new car for me. We had brand new technics, a new Mustang body and many little things were different as well, and of course Jonnie Lindberg was tuning it. Everything started almost perfect. Jonnie’s setups were good and every run we were working in the right direction,” said Johnny about his comeback race in June 2018. 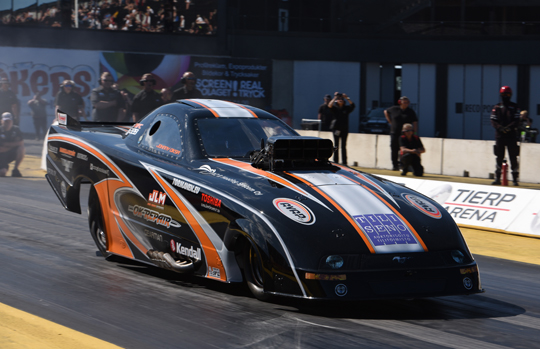 “In Q4 the car left the line very smooth and it was a pretty good run with 5.69 seconds at 413 km/h. Then the worst thing that could happen, happened. The parachutes didn’t open. I tried to brake, but it didn’t help anymore and I went into the sand trap at high speed, and had a couple of front flips.  When the car had landed, I checked if I could move my hands and legs. That was okay, and I remember that I was happy to see that the engine looked good and it was still in the car. At that moment I didn’t realize how bad the accident actually was. Then I tried to climb out of the car, but the medical personnel didn’t want me to move, because they wanted to be sure that I had no serious injuries. So they cut the roll cage, lifted me up and put me into the helicopter to fly me to the hospital in Uppsala, where they checked me properly. Five hours after the crash I was back in the pits at Tierp Arena. I have to say how unbelievably safe these race cars are and how an incredibly good job those safety people and medical people did. I really want to thank all those people who were there to help me!” 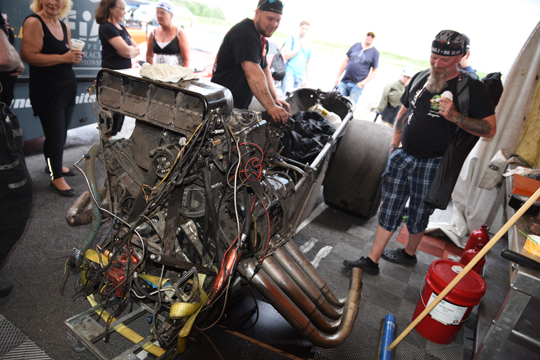 “After the crash we picked up the car and brought it back to our trailer. We checked the car and it looked bad. The engine, clutch and transmission were okay, but the chassis and body were totally destroyed. So it was quite clear that our race season was over. But on Sunday evening, after a couple of beers, I was already looking for a new car on the  internet, and I realized that there were good cars for sale. So I called Jonnie Lindberg and told him what my plan was and he said that he could help me to find a car. After that call, I said to my team: ‘no worry guys, I’m going to buy a new car and we will be back’. 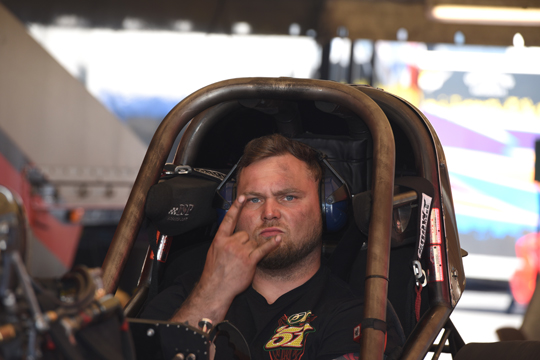 “Back home I started to make my planning. I was very surprised how many people contacted me and asked me what my plan was and said that they wanted to help me to fix the old car or help me to get funding for a new car. At that moment I was sure that it was not over yet. After the summer I still didn’t have a deal for a new car. There were many cars, but what is a good car for me? I know myself and when I come back, I want to go fast, so I needed a good race car capable of doing that. Finally I found the right one. It was Leanders old car, the car they have run in the States and where they made so many good runs with. I called Jörgen and asked a few things and I got the right answers. So I said, I’d take it. They have been racing with it from 2013 to 2017 and they won two national and two regional events with that car, so it’s not a bad car. The chassis is made by Gordy´s race cars and the body is a 2017 Camaro. The tanks are updated by McKinney. It will come to Finland as a rolling car with Racepak computer and a Mark Williams modular rear axle with 10″ gear. I’ll put my 2018 Jonnie Lindberg made engine in the car.”

“There is still a lot of work to do before the car is race ready. This time I don’t want to rush as I want to be sure that everything works on the car and the same shit will not happen again. The plan is to run two or three races this season. The main goal is to start in Finland with the last Tierp race as the second one. But if the car is ready and I have the money, we are  going to start at the first Tierp race in June, the race where last season came to an end.”

“The car is now on its way to its new home and will arrive in January. I want to thank Christer Alseryd and Jörgen Leanders for their help in shipping it to Finland. There are so many people around me who have faith in me and help me with this project. Let’s hope we have enough time to get this new beast ready for some action!”

“I want to thank all of my sponsors: OK Repair, Kendall, Tili-Seno, Harkka-Yhtiöt, Katsastus AD, Rajuve, Osatori, Kuljetusliike Törmänen, JPS motors, Avap, Toshiba, AC heating system, KLS teknik, TJ Teipit and Grönman Motorsport. Without these companies this new project would not have been possible. I’m also very pleased to have so good friends like Jörgen Leanders and Jonnie Lindberg, they helped me so much with this project.” 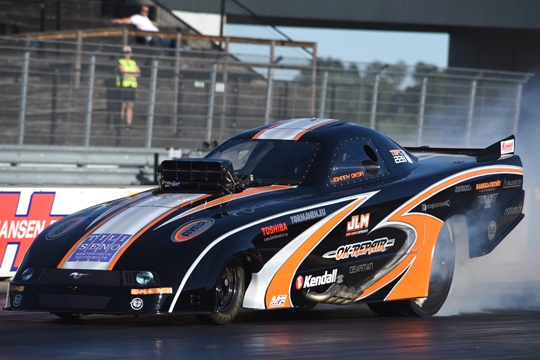