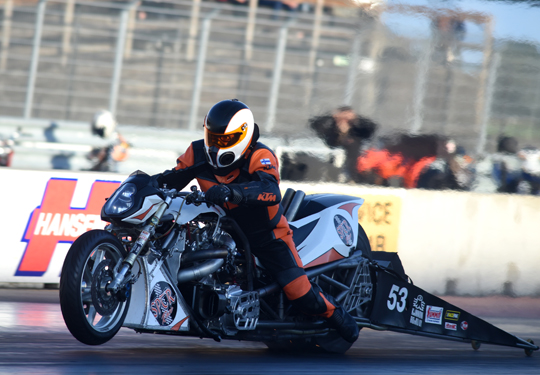 The second day of qualifying for the Summit Racing Equipment Internationals made headlines with stunning performances in almost all categories of the EDRS Pro Nordic Motorcycle Championship. In Super Twin Motorcycle the world’s first 5-second run was recorded and a world record reset, while in other classes numerous personal bests were reset. 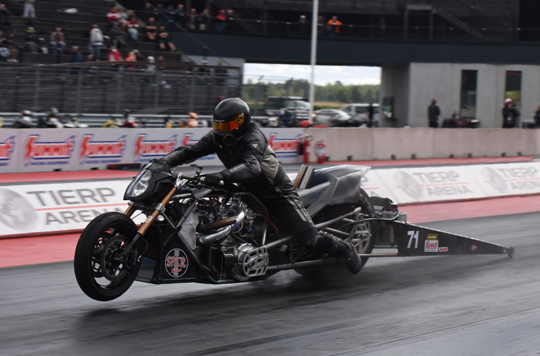 Highlight of the day was Super Twin Motorcycle qualifying. In the second session history was made when Vesa Lipponen recorded the world’s first 5-second elapsed time in Super Twin Motorcycle. The Finn stormed to a stunning 5.920 seconds at 350 km/h! But in the next session Jaska Salakari stormed to an even more stunning 5.837 seconds, the world’s quickest Super Twin run ever, a world record and the second man to run a 5-second pass in this category. 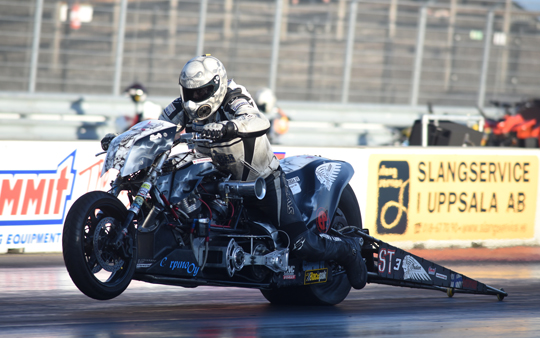 Next rider to reset his personal best was Samu Kemppainen who stormed to a great 6.387 seconds to claim the number three qualifying position. Championship leader Marcus Christiansen finished qualifying in fourth position. Roman Sixta was in eight position and the last rider to qualify for eliminations. Sixta’s 6.659 seconds made the Summit Racing Equipment Internationals Super Twin Motorcycle field the quickest ever in Europe. 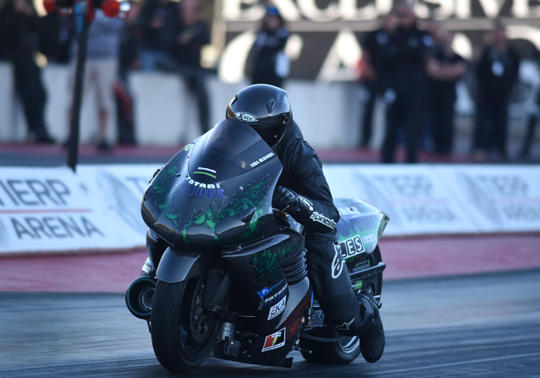 Super Street Bike qualifying was also exciting with many great runs. Vesa Ruhanen was the leader after Friday qualifying with his first 6-second run. But the Finnish rider even improved on that performance by storming to a stunning 6.965 seconds. 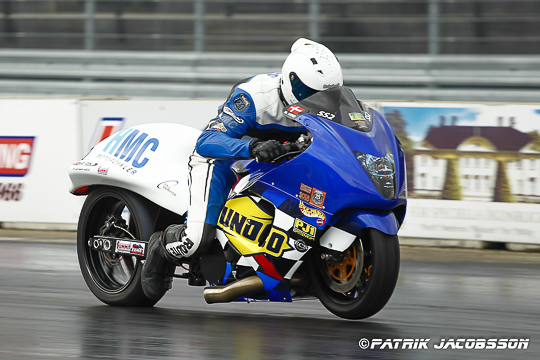 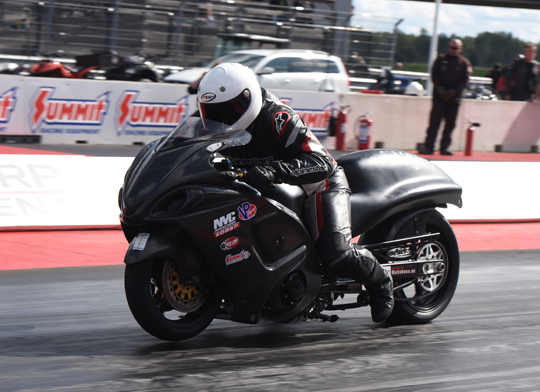 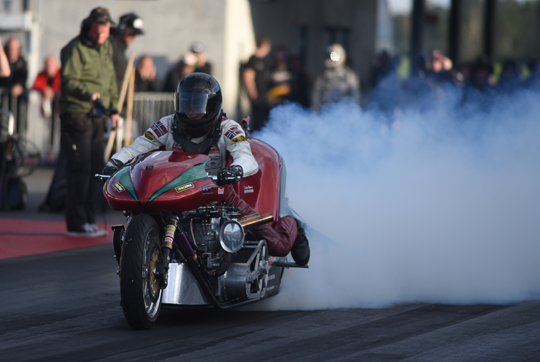 In Top Fuel Motorcycle Jan Sturla Hegre couldn’t improve on his Friday performance, but his 6.33 seconds was enough to remain the leader after five runs. 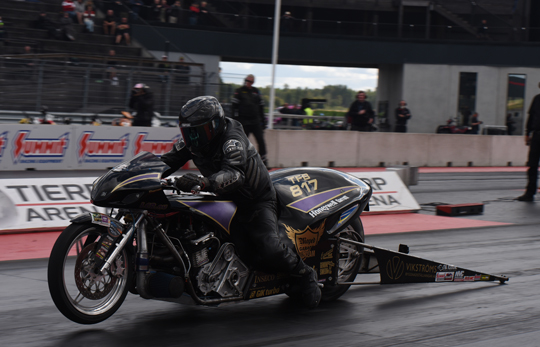 Thomas Pettersson improved to 6.81 seconds to take over the number two qualifying position from Peter Andersson. 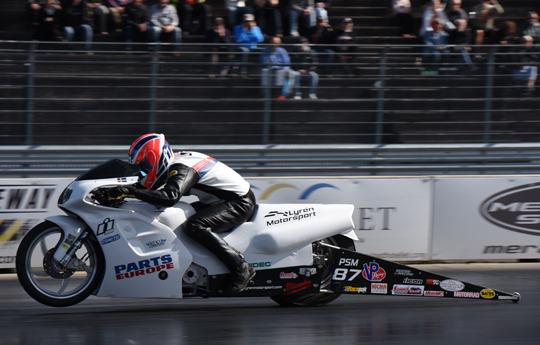 In Pro Stock Motorcycle Friday leader Kalle Lyrén stormed to a stunning 6.954 seconds at 309 km/h to reset his personal best. 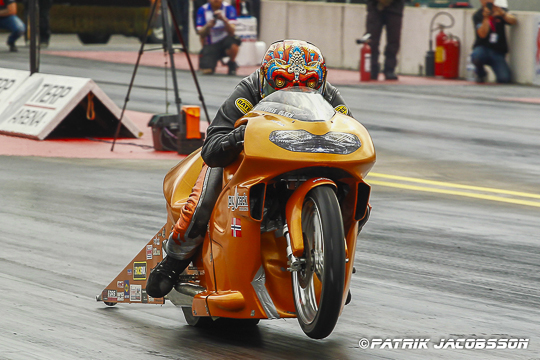 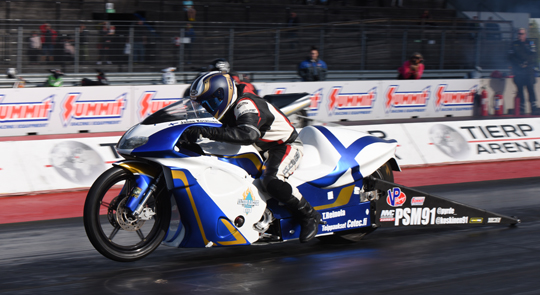 There was also a new personal best for Janne Koskinen and the young Finnish rider claimed the third qualifying position with 7.16 seconds. 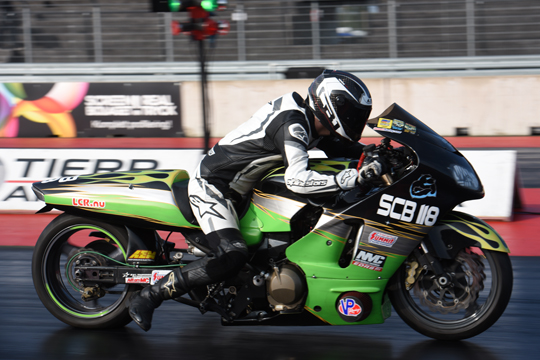 In Super Comp Bike Rasmus Östlund took over the number one qualifying position from Emil Östlund, with another Östlund, Peter in third position. 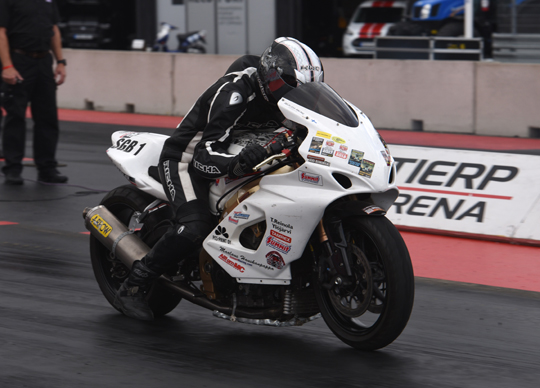