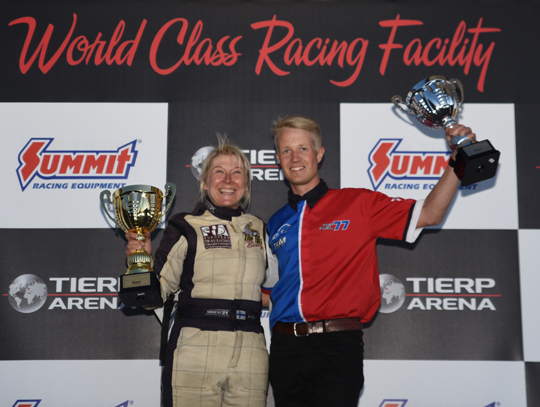 Anita Mäkelä raced to victory in the Top Fuel final of the Summit Racing Equipment Internationals, round five of the FIA European Drag Racing Championship at Tierp Arena in Sweden. The Finnish racer extended her lead in the championship and reset the European Top Fuel elapsed time record to 3.877 seconds. In Pro Modified Andreas Arthursson claimed the victory and reset his one day old European record in the final to 5.751 seconds. In Top Methanol Dennis Habermann defeated Sandro Bellio to take his second win of the season. In Pro Stock Jimmy Ålund was the winner as the 10-time champion defeated Thomas Lindström in the final.

After two great days of qualifying, eliminations day had a late start due to rain early in the morning, while the programme had to be stopped twice after some rain. But the Tierp Arena track crew did a fantastic job and thanks to their hard work all eliminations could be completed and the track was even better then ever before, proved by two European records in the finals of the Summit Racing Equipment Internationals. 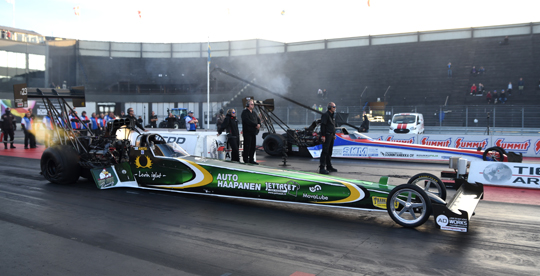 In Top Fuel the numbers one and two qualifiers Anita Mäkelä and Antti Horto didn’t make any mistakes and advanced to the final. Mäkelä defeated Stefan Gunnarsson and Patrik Pers, while Horto made it an all Finnish final after defeating Liam Jones and his countryman Timo Lehtimäki. That Mäkelä and Horto are also the numbers one and two in the championship, made the final even more interesting. In a great race Mäkelä stormed to a stunning 3.877 seconds to reset her own European Top Fuel elapsed time record. Horto recorded a great 3.97 seconds, but saw Mäkelä extend her lead in the championship with only one race to go. 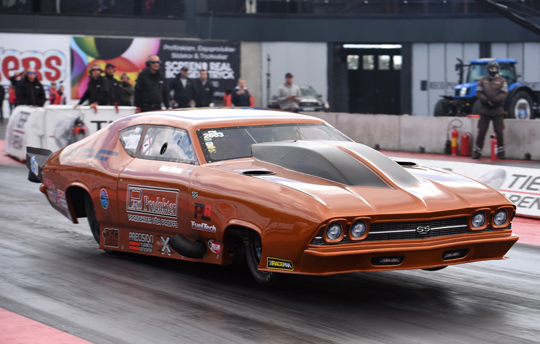 Andreas Arthursson reset the European Pro Modified record in qualifying to a stunning 5.756 seconds. In eliminations the Swede was also both quick and consistent. With a string of low 5.8-second runs Arthursson advanced to the final. On the other side of the ladder Jimmy Ålund, the number two in the championship, took advantage of the surprise first round exit of championship leader Michael Gullqvist, who was defeated on a holeshot. In the semifinal Ålund defeated Jan Ericsson, who surprised with a win after Roger Johansson pulled a red light in the quarter finals.

But Arthursson saved the best for the last and stormed to a stunning 5.751 seconds in the final, to reset his one day old European record and take the win over Ålund. For Arthursson it was his second consecutive win at Tierp Arena as the Swede also won the June event at the state-of-the-art track. With his runner-up finish, Ålund is the new leader in the championship. 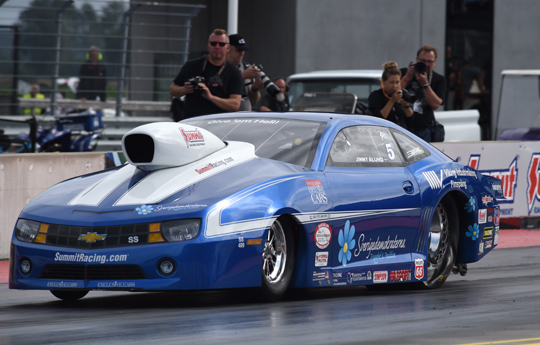 Jimmy Ålund was even more successful in the Pro Stock category. The number four qualifier defeated the number two in the championship Stefan Ernryd in the first round, to take the win over championship leader Bengt Ljungdahl in the semifinal.

In the final Ålund had to face Thomas Lindström, as the former champion was too quick for Magnus Petersson in the second semifinal. Lindström knew he had to do something special to defeat Ålund, but pulled a red light, handing the win to Ålund. The 10-time European champion stormed to a great 6.552 seconds, the quickest Pro Stock run of the weekend. 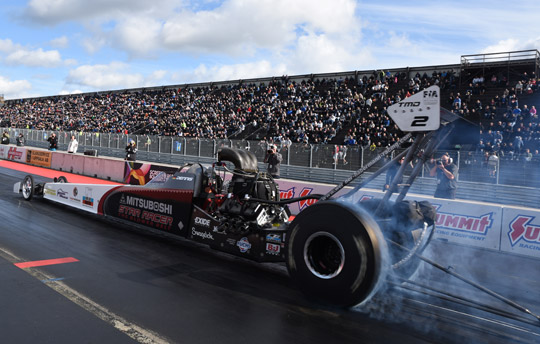 In Top Methanol number one qualifier Sandro Bellio advanced to the final. The young Belgian driver stormed to a great 5.47 seconds in the first round to defeat Ari Pietilä from Finland, and had a bye run in the semifinal. On the other side of the ladder Dennis Habermann saw his brother and championship leader Timo Habermann run into problems in the first round, to advance to the final after a win over Linn Engan Karlsen. 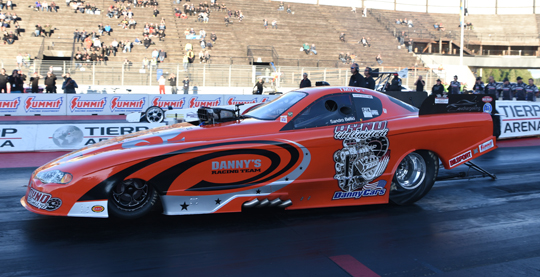 The final was over immediately after the start as Bellio drifted sideways and hit the wall, while Dennis Habermann raced to the finish line in 5.46 seconds. It was the second win of the season for Dennis Habermann, who is in second position in the championship behind his brother Timo.