Liam Jones, Timo Habermann, Michael Gullqvist and Bengt Ljungdahl leaders after the first day of qualifying for the NitrOlympX 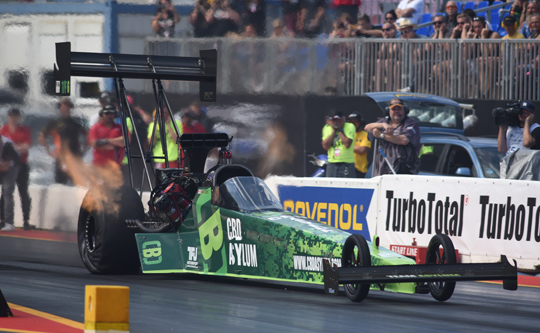 Liam Jones raced to the provisional number one qualifying position in Top Fuel at the first day of qualifying for the NitrOlympX, round four of the FIA European Drag Racing Championship at the Hockenheimring, Germany. In Top Methanol home favourite Timo Habermann is the leader after day one, while Michael Gullqvist was quickest in Pro Modified. In Pro Stock Bengt Ljungdahl claimed the provisional number one qualifying position.

The Rico Anthes Quartermile of the Hockenheimring once again proved its great track preparation and quality at the first day of qualifying for the NitrOlympX. Although the temperatures were very high and not perfect for the engines, no fewer then three Top Fuelers qualified in the 3.9 seconds, two Top Methanol cars recorded a 5.3-second pass and in Pro Modified the number one qualifier recorded a 5.9-second run on day one. 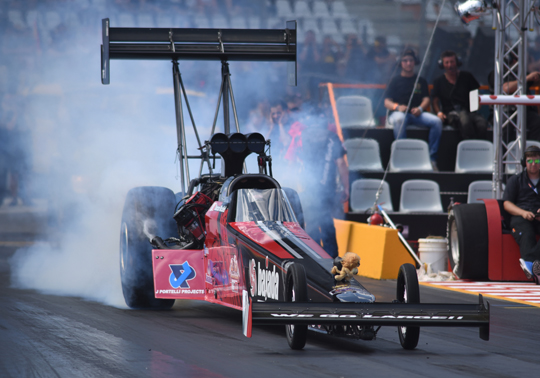 In Top Fuel Liam Jones from England stormed to a great 3.943 seconds to take over the lead from his teammate Duncan Micallef. The Maltese driver and reigning FIA Top Fuel champion recorded a great 5.946 seconds in his first run, but suffered engine damage and had to skip the second qualifying session. 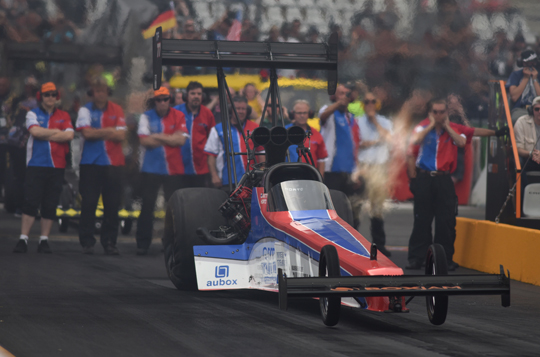 Because Antti Horto jumped into the number three qualifying position with 3.99 seconds, the top three cars are all Rune Fjeld Motorsport Top Fuelers. Jndia Erbacher had a great day of qualifying and is the number four with 4.03 seconds, with championship leader Anita Mäkelä fifth and Mikael Kågered sixth. 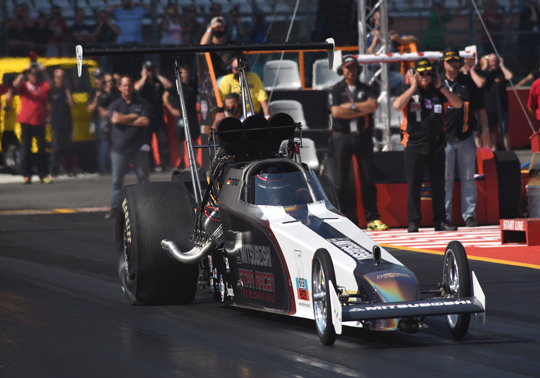 In Top Methanol Timo Habermann gave the home crowd something to cheer about by claiming the number one qualifying position in his first run with a great 5.383 seconds. 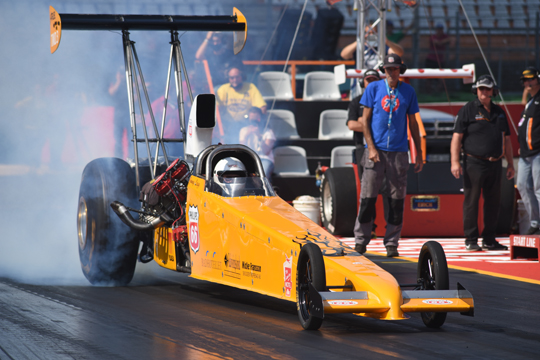 Jonny Lagg came very close to the number one position with 5.398 seconds, 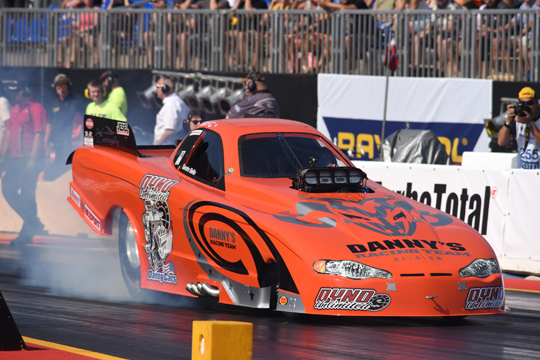 Sandro Bellio was once again the quickest Funny Car in the field and the driver from Belgium claimed the number three position with 5.66 seconds. Dennis Habermann has some work to do tomorrow as the German is in fourth position after two runs. 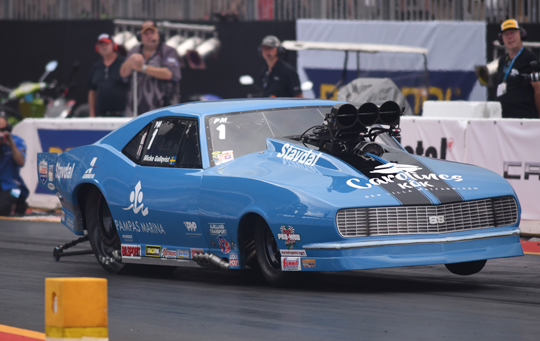 In Pro Modified reigning champion Michael Gullqvist stormed to a great 5.973 seconds to claim the provisional number one qualifying position. 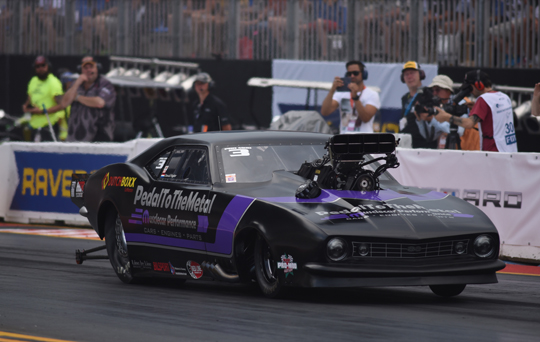 David Vegter improved on his earlier performance in run number two and with a great 6.03 seconds the Dutch driver is in second position. 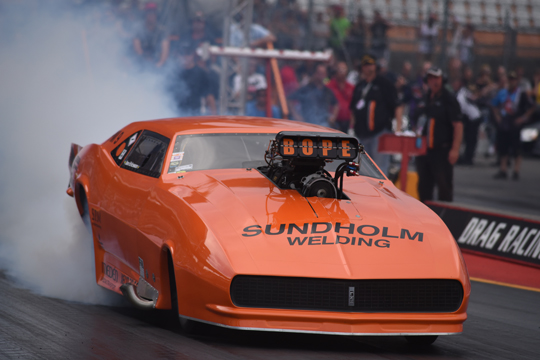 Jan Ericsson is third with 6.07 seconds and Michel Tooren in his first outing in the 2018 FIA European Championship surprised with a great 6.08 seconds to claim the number four position. Jimmy Ålund had problems in his two runs and the leader in the championship is only in tenth position after day one. 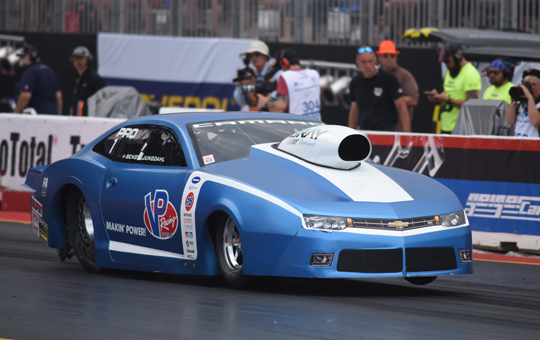 In Pro Stock Bengt Ljungdahl, last year’s FIA European champion, leads the field after day one with 6.64 seconds, with Michael Malmgren in second position with 6.67 seconds and championship leader Stefan Ernryd third with 6.71 seconds. Robin Norén had to abort both runs and is fourth. 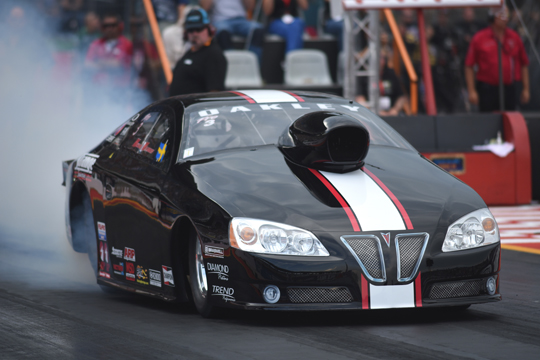 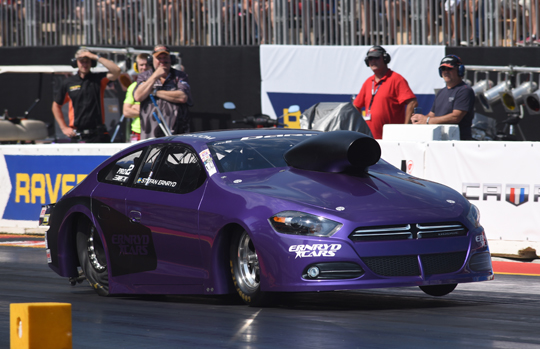 More NitrOlympX photos can be found on: https://www.dragracingeurope.eu/fiaedc/nitrolympx-hockenheim-august-17-19-2018/