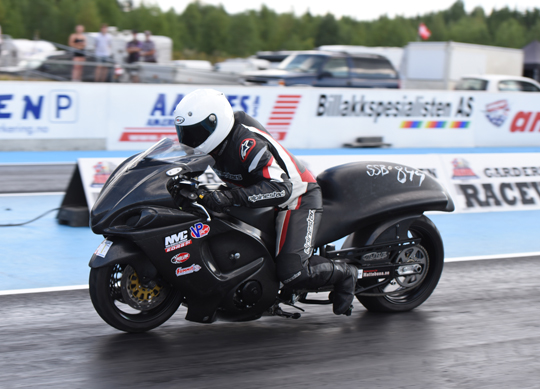 The extreme heat of more then 33 degrees and burning sun made it almost impossible to record stunning numbers at the first day of qualifying for the Drag Challenge, the third round of the EDRS Pro Nordic Motorcycle Championship at Gardermoen Raceway in Norway. But still some riders and crew chiefs made the best of the situation and impressed with great numbers in the three qualifying runs they could make on day one. 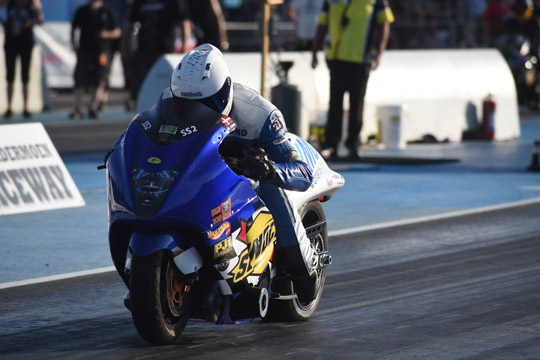 In Super Street Bike Mathias Bohlin impressed once again with a stunning 7.098 seconds in his third run of the day. The leader in the championship is also the provisional leader at Gardermoen now. 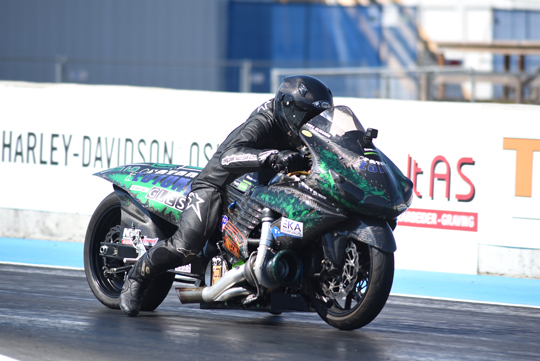 Reigning champion Mogens Lund is the number two qualifier with 7.22 seconds, while Vesa Ruhanen claimed the provisional number three spot with 7.34 seconds. Anders Blanck is the number four after three runs with 7.49 seconds, making the top four with riders from Sweden, Denmark, Finland and Norway an international affair. 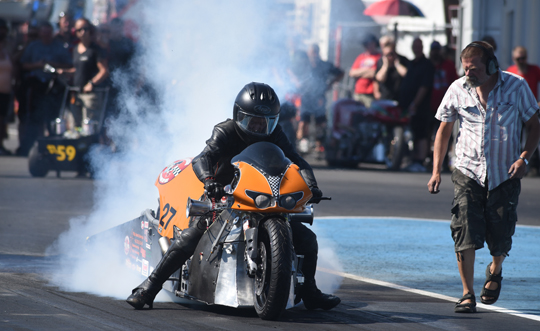 In Super Twin Motorcycle Marcus Christiansen could only make one run, but the Danes 6.61 seconds was enough to claim the provisional number one qualifying position. 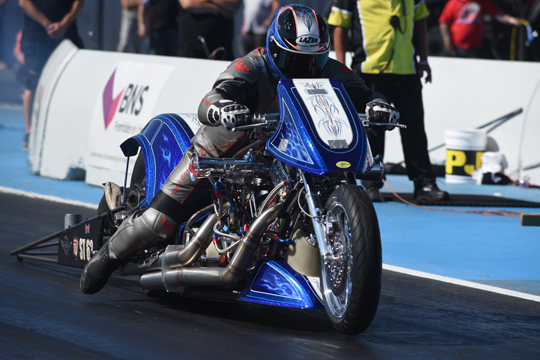 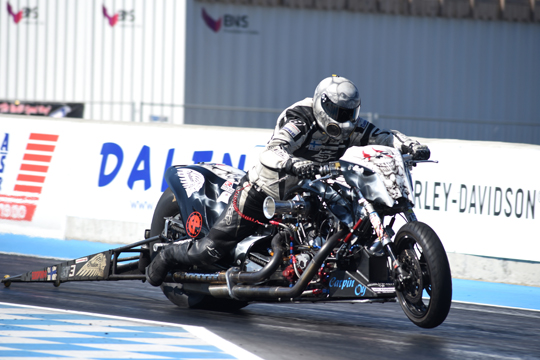 Roman Sixta from the Czech Republic is in second position with 6.75 seconds, while Samu Kemppainen claimed the number three position with 6.97 seconds. His countryman Lasse Leponiemi is the number four qualifier after three runs. 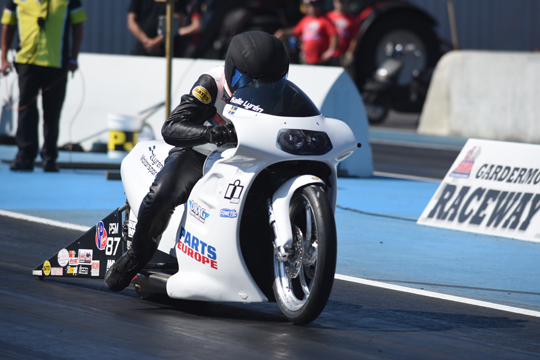 For Kalle Lyrén Gardermoen is his first race of the season, but the Swede immediately impressed with a great 7.088 seconds to claim the provisional number one qualifying position. 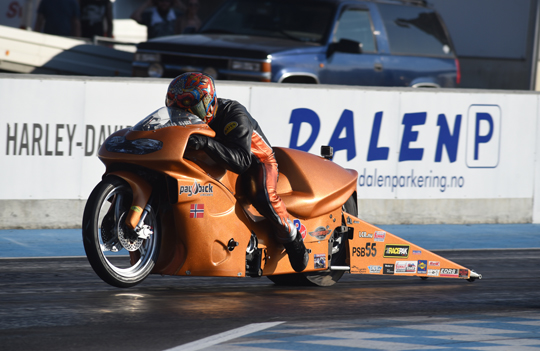 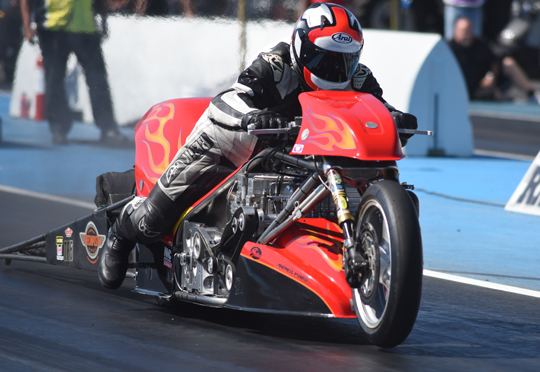 In Top Fuel Motorcycle Sverre Dahl recorded 6.38 seconds and is in the number one position, with Jan Sturla Hegre second (6.49 seconds) and Rikard Gustafsson third (6.51 seconds). 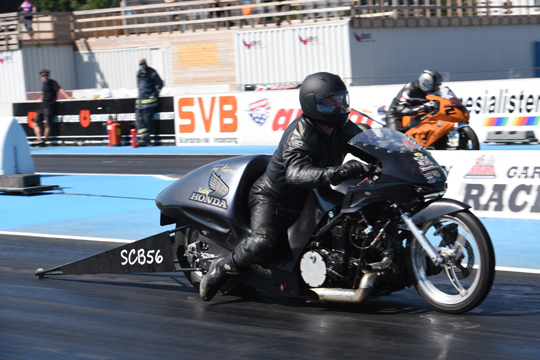 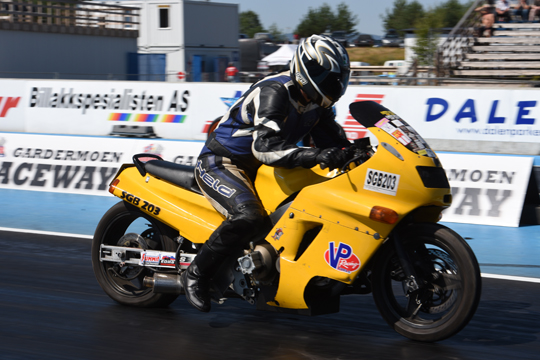