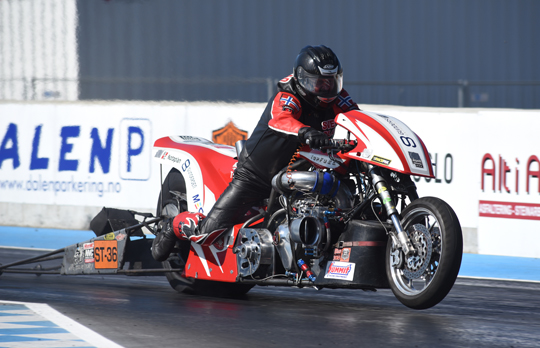 The weather conditions were much better on the second day of qualifying for the Drag Challenge at Gardermoen Raceway. The temperatures were not so extreme high anymore, making the track and air much better for the engines. These conditions made it possible for many riders to improve on their Friday performance, as a result that in three of the six EDRS Pro Nordic Motorcycle Championship categories there was a new name on top of the qualifying lists. 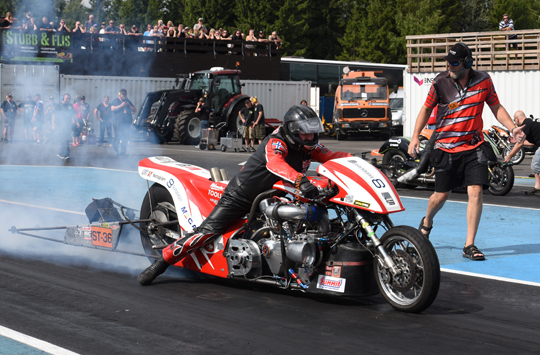 In Super Twin Motorcycle Svein Olav Rolfstad impressed with a stunning 6.23 seconds, a new personal best, a new track record and one of the quickest runs ever in Europe. Friday’s number one qualifier Marcus Christiansen improved to a great 6.48 seconds, but the Dane couldn’t match Rolfstad’s time. 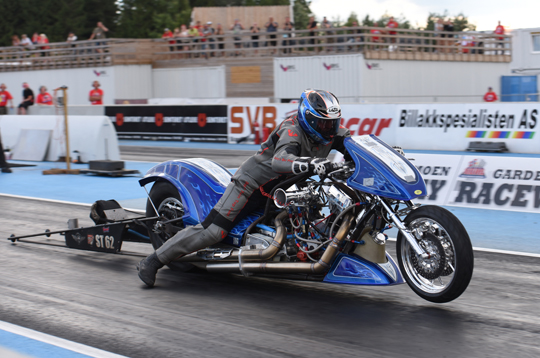 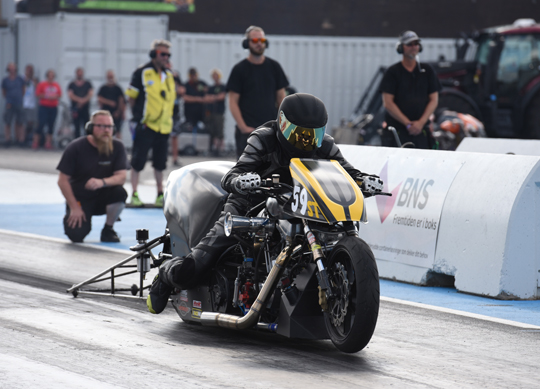 Harri Piensalmi jumped into the number four spot, while Anders Hörnström could only complete one run, but that was enough to secure the number five position. 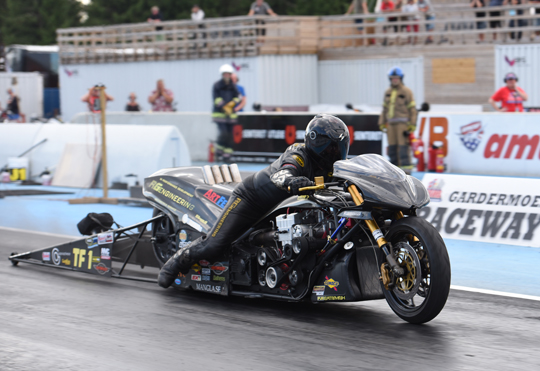 In Top Fuel Motorcycle Rikard Gustafsson improved to 6.12 seconds to take over the number one qualifying position from Sverre Dahl. Jan Sturla Hegre was the number three qualifier after five runs. 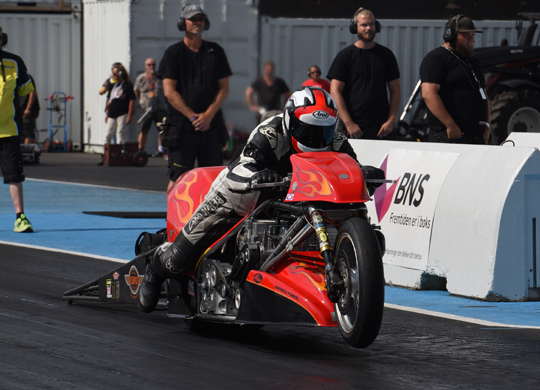 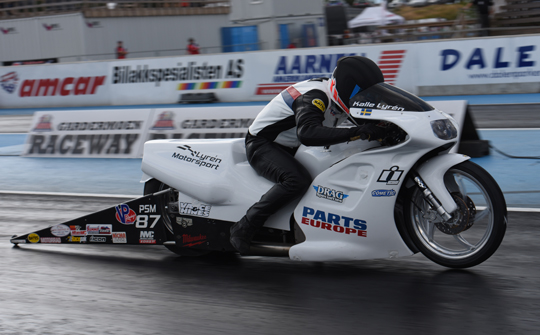 In Pro Stock Motorcycle Kalle Lyrén was in a class of his own again. The former EDRS champion improved to 7.085 seconds and was both quick and consistent. Reigning champion Thomas Lysebraate Olsen remained in second position, with Timo Savolainen third. 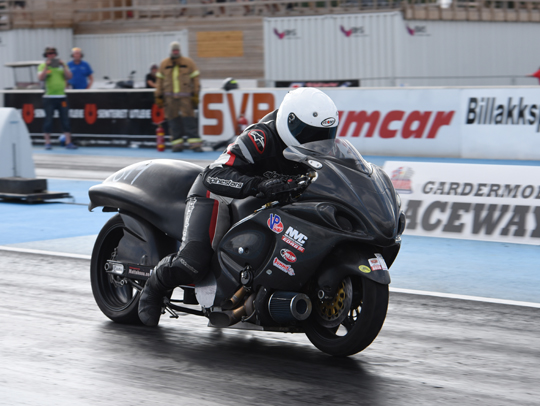 In Super Street Bike Mathias Bohlin couldn’t improve on his Friday performance, but his 7.098 seconds was enough to remain the number one qualifier. 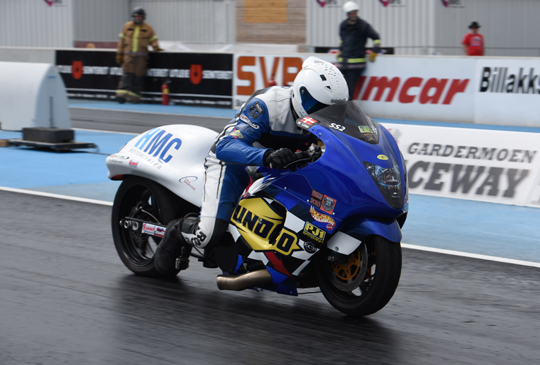 Mogens Lund improved to 7.17 seconds to remain in second position, with Vesa Ruhanen close behind (7.18 seconds) in third. There was a major improvement for Robert Nilsson and with his elapsed time of 7.24 seconds the Swede jumped from 14th into the number four qualifying position. Alex Hope is in fifth position, with Anders Blanck sixth. 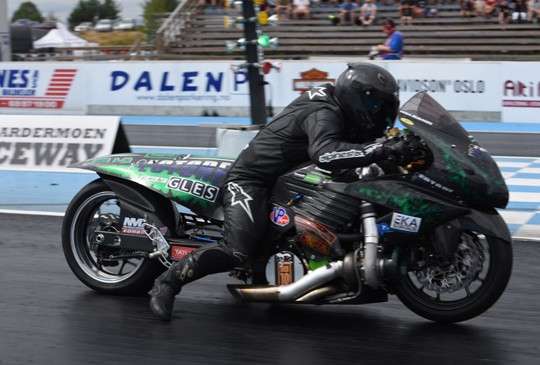 Kim Hilander and Svein Ove Brändhagen were involved in a nasty accident during Super Street Bike qualifying. Hilander crashed at the finish line and his bike hit Brändhagen. Hilander was taken to hospital with, as it seems right now, a broken leg. Looking at the speed when it happened, it could have been far worse. Brändhagen escaped without injuries, but his bike was damaged. 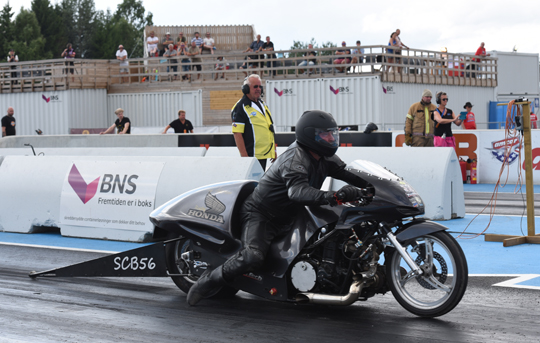 In Super Comp Bike Tony Andersson and Peter Östlund remained the number one and two qualifiers after a total of ten runs in three days of qualifying. In Super Gas Bike Jomar Larsen jumped into the number one qualifying position, with Saturday’s leader Mikkel Jensen is second position.

Eliminations for the Drag Challenge will start tomorrow morning.

All qualifying results can be found here: