Time to race until the sun rises 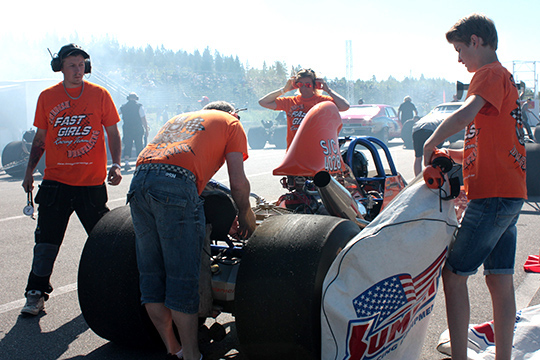 At this place, Pite Dragway, at this time of the year the sun shines 24/7 on all racers. So, don’t miss that kind of racing. 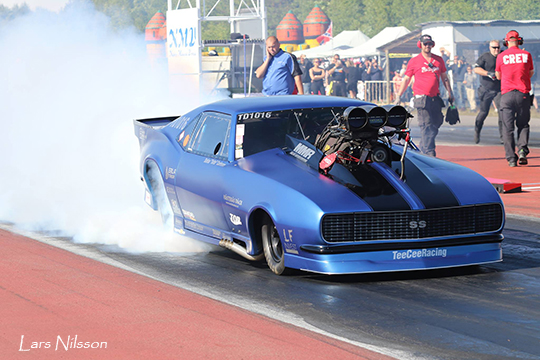 Ten teams in Top Doorslammer are going to Pite Dragway to race in the midnight sun. Niklas Södergren, who is leading the Summit Racing EDRS Series, struggled in Sundsvall but will be racing at Midnight Sun Festival. The winner at Sundsvall and second in points, Stefan Carlsson, is registered as is Caroline Strand, third in the points table. Caroline will have support from a well-known racer at this time, Adam Flamholc is flying in from the US to participate in the event. 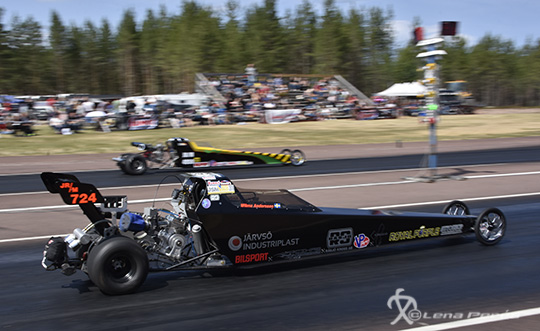 Jr Dragster is the biggest class at Pite Dragway this weekend. The competition between these youngsters is very hard indeed. Wilma Andersson will be in place, she is the leader in the North Division right now. But it’s very tight at the top, just a few points difference between the top competitors so it’s going to be a hard battle at the Midnight Sun Drag Festival 2018. All classes racing at the event are listed down below. So, take the opportunity to visit the part of Sweden where the sun never sets.