Lars is a genuine “värmlänning”, as we say in Sweden. He lives in Brunskog in Värmland in western Sweden together with his girlfriend and son. 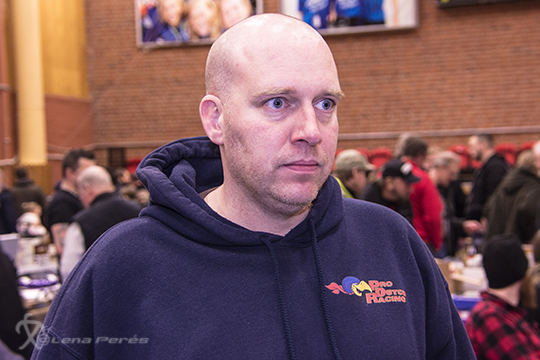 Lars Järpler has been racing in a lot of different classes and been a crew member in Roger Johanssons Pro Modified team. Now it´s time to get back behind the wheel again.

-I started racing on the streets like many of us did” says Lars, or Jeppe as he´s called by his friends. I´ve been racing in a lot of different drag racing classes during my lifetime and will now step up to Pro Modified for 2018.

The car Jeppe is entering is a well-known car. From the Netherlands, Robert Joosten used to race it before he bought his current car, now with Michel Tooren as the driver. 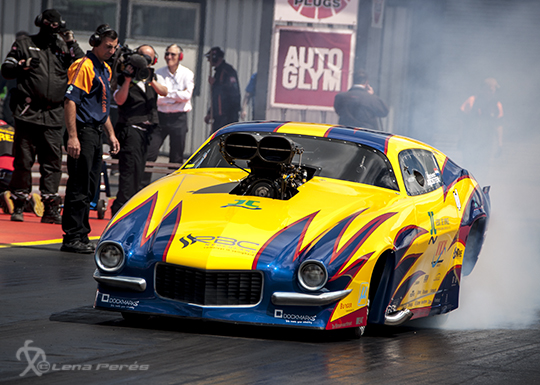 This is what it looked like in the old days but now it is a real black beauty.

-I got a great deal on a 864 cubic inch Pat Musi engine but the Mustang I was racing at the time was too weak for that motor, says Jeppe, so I went on a tour to the Netherlands to check out Roberts old Camaro. And we made business.

Jeppe has made some changes to his new car, it now sports a nitrous oxide engine and automatic transmission. The team took it to the track for testing at the end of the 2016 season.

-It went beyond expectations, says Jeppe, we ran sub-1 second 60 foot times at that first outing.

Lars Järpler in his black beauty. The former Camaro of Robert Joosten has  come alive again. It’s not only the color that has changed, everything under the hood has been replaced.

-We’re planning for a full season in the 2018 EDRS series, continues Jeppe, the goal for this season is to learn how the car reacts to changes in tuning the engine, and chassies and to go faster and quicker for every event.

Jeppe has a talented team around him. Daniel Johansson from Älvdalen in Sweden and Rikard Rosenholm from Åland in Finland, who both have extensive drag racing experiences. Daniel, who has been racing in Top Doorslammer, is now putting all his efforts into this Pro Modified team instead.

When Daniel said he would put his helmet aside he, off course, had a natural position in the team, says Jeppe, and Rikard have been working with different teams during the years and fits in very well in ours as well.