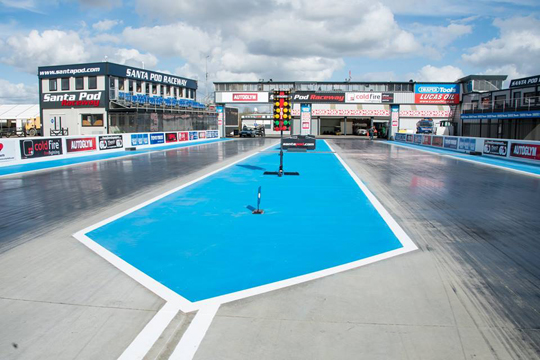 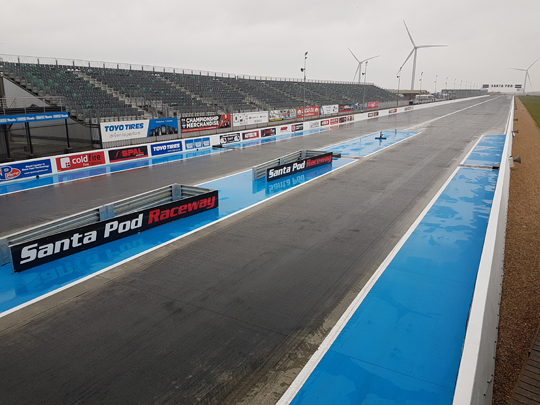 The design and planning of the reconstruction of the old asphalt Santa Pod track began in early August 2017. Track work started in November after the last race of the 2017 season. 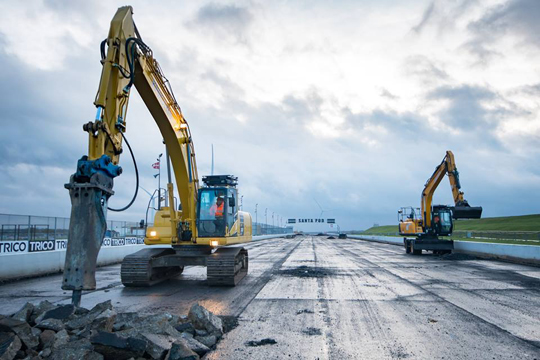 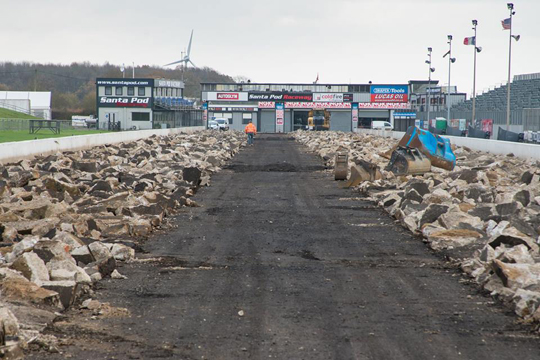 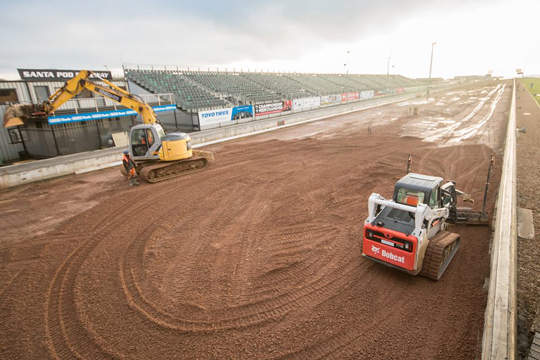 But the ground works was a far bigger job than estimated. Late November most  of the ground works were completed, and Knights Construction were ready to start to pour concrete. But due to a combination of rain, snow, cold air temperatures and high winds they were unable to lay any concrete until late February. 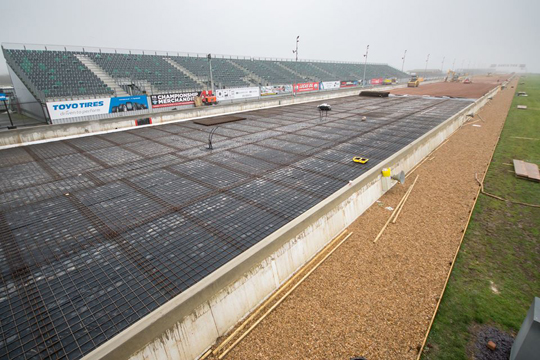 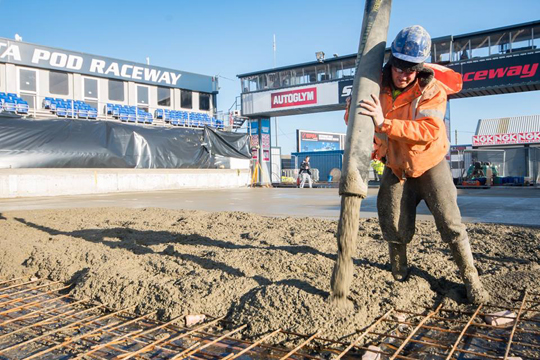 In a few days’ time the company did a tremendous job and Santa Pod now has a new, laser-laid, all-concrete quarter mile race track. “Potentially we now have a very fast race track,” said Keith Bartlett. But Santa Pod’s  CEO is also cautious. “It’s going to take a few months for the race teams to dial into this new concrete track and for our track crews to learn the dynamics of how to achieve the best preparation for the best results. At the Main Event good times and speeds will be possible, then by the European Finals I’m hoping to see European records fall.” 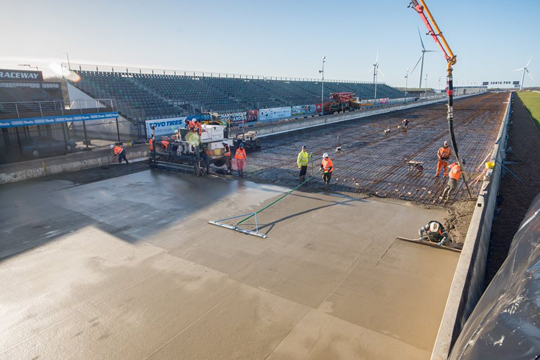 But it’s not only the race track that has undergone a full refurbishment. During the same project Santa Pod has also undertaken a full refurbishment of the spectator grass bank. This has involved a complete re-shaping and profiling of the bank along with a much wider path on the top with better, improved access. The bank, like the track was laser levelled. But the weather also affected this project as it was too cold for the grass seed to germinate in time for Easter. For the Festival of Power event there will be special arrangements for sections of the grandstand. 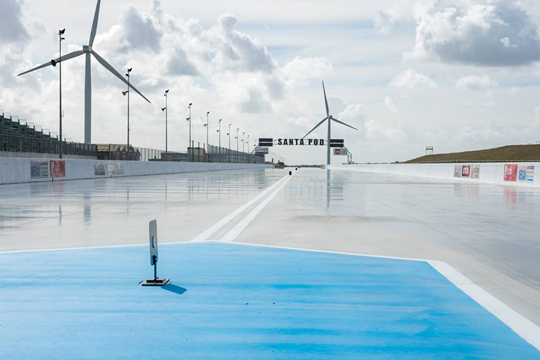 Santa Pod has invested nearly GBP 1,000,000 in the new track and bank projects and it’s another big leap forward in Santa Pod’s facility. 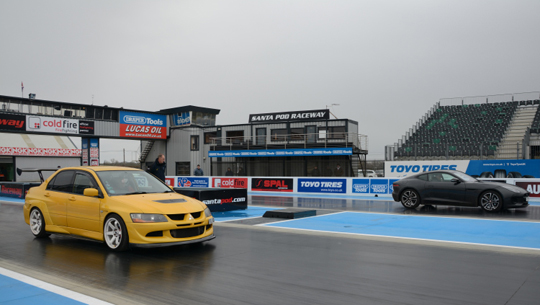 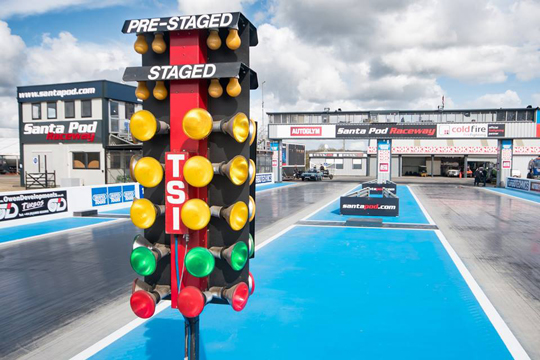