Number one for Bengt Ljungdahl 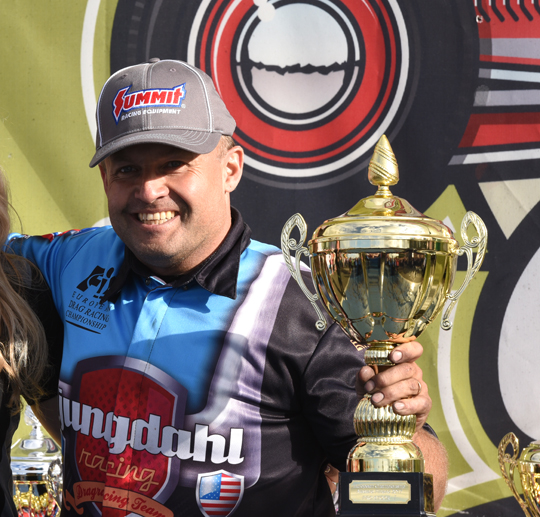 The 2017 season was one to remember for Bengt Ljungdahl as the Swedish driver won his first FIA European Pro Stock Championship. With the blue VP Racing Fuels backed Chevrolet Camaro, he succeeded the other blue Camaro of 10-time European champion Jimmy Ålund. With the number one on the car, Ljungdahl will go for another title in 2018, but as the competition in Pro Stock is extremely close, he knows it will be tough.

With reigning champion Jimmy Ålund running a limited schedule, and being the 2016 runner-up, Bengt Ljungdahl started the 2017 season as the title favourite. That was not without reason as Ljungdahl reset the European ET record to 6.491 seconds in August 2016 and won the last two races of that season as well. 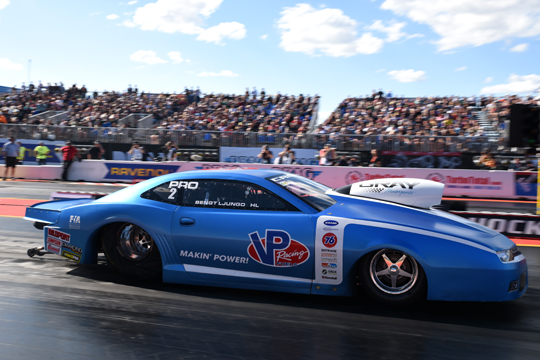 The Swede lived up to these expectations with three number one qualifying positions out of the first four races, a win at Tierp Arena and Alastaro, and a runner-up finish at Hockenheim. At the second Tierp race, the number one in the points standing went out in the quarter finals and so the tension in the title fight was back. Although the team had some problems in the final race of the season at Santa Pod, a win in the semi-finals was enough to claim the well-deserved first FIA European Pro Stock title. 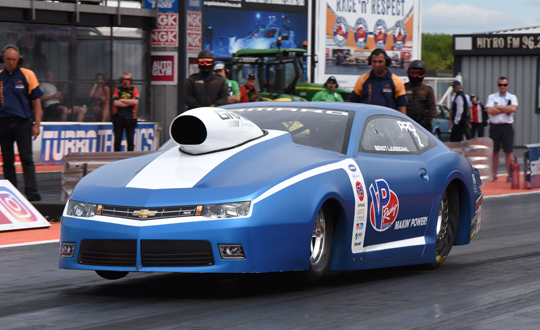 Ljungdahl looks back at a sometimes stressful season. “It was a season with ups and downs. We started really well, but it looked easier than it was. We had to work hard for the victories and the car was not always happy with what we did. We had a lot of small problems that made it difficult for us. Our best event was strangely enough in Finland. There we made the difference. We had barely qualified on day one, but claimed the number three spot in the last qualifying round. I had good reaction times in eliminations and that took us all the way to the final. The track was not really good for us, and the car was on the verge that it would hold enough to take us away from the starting line. We won the race and that was very important in several ways.” 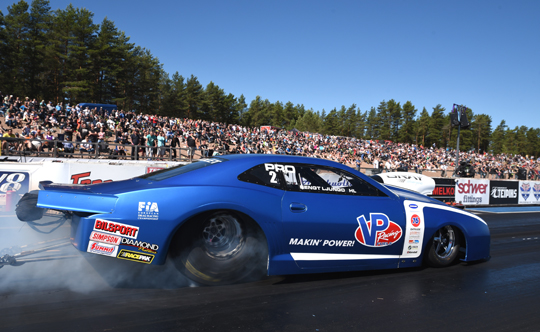 That first title brought with it a thirst for more, and it won’t be a surprise that Ljungdahl will defend his title, although that is only one of the goals for 2018. “We will compete in the full FIA European Championship again and the plan is to do the best we can. Winning the championship is one of our goals. We have quite high demands on what we will accomplish in a season and so for this season as well. We have the potential to drive really good times and we will go for it. We didn’t change much on the car, just maintenance and making sure all is in the best shape. With Niklas Bexelius we have a new crew member this season. The team will be me as the driver and responsible for the engine and rear, Niklas for the clutch and gearbox and Christer Ilar as the crew chief.” 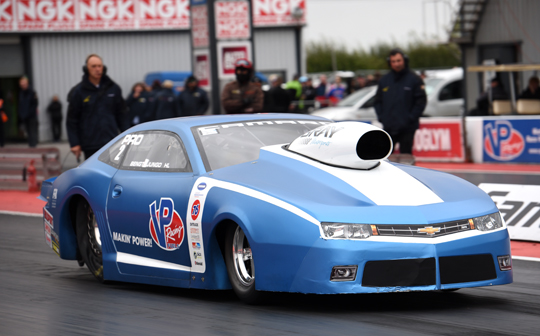 Once again competition will be tough in Pro Stock. “I think that those who run a full season will have every chance to win the title. We are number 1 and we are the ones that our competitors chase. It is a situation that we like. The one who is most accurate with the details, logistics, focus, driver, crew and car will win.” 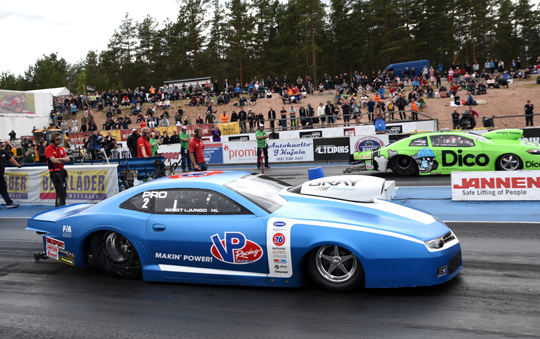 Ljungdahl is proud of what he and the team achieved in recent years. “About 2017, I’m most pleased with the first half of the season and that we continued to work through the more difficult second half and then take home the gold at Santa Pod. But I’m pleased with several things. The journey from where I started until we took home the gold includes it all. From the ones no one believed in, to the ones everyone wants to beat. That trip has been incredibly motivating and something you can look back on with joy.” 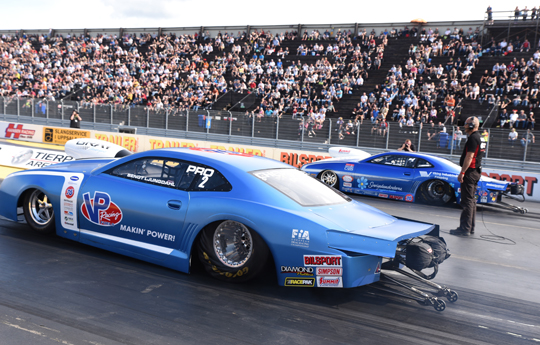 Asked about the race Ljungdahl remembers most, there is one that pops up without any doubt as the best. “That was Tierp Arena, August 2016. We won the final over Jimmy Ålund and also beat the European record twice with 6.491 and 6.494 seconds. When I started racing in Pro Stock my main goal was Jimmy Ålund. To beat him and take over the European ET record at the same time was like a fairy tale.” 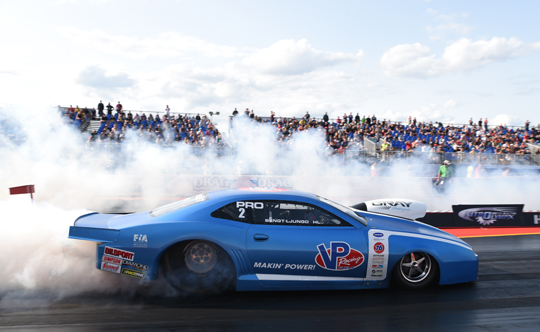 Like all drivers, Ljungdahl can’t do it on his own, and that’s why he would like to thank a few people. “You can never be successful without the team behind you. Markus Svensson has been incredibly important to us to achieve our success. Without him we wouldn’t be where we are today. Christer Ilar is a very good team member. He learns fast and is very calm when it´s needed. He is now stepping up and will be great at that. I also would like to thank our sponsors who make this possible: Entrade, Kinnan, Varmt & Skönt  AB, VP Racing Fuels, All American (Kendall, P66) and Däckpartner. We will have a few new sponsors for this season, but that’s not official yet. And last but not least I would like to thank our families who give us the opportunity to do this 50 days a year!”