With a 2017 title for Tommy Grimes, Per Bengtsson and The Beast Dragbike Team are back for more 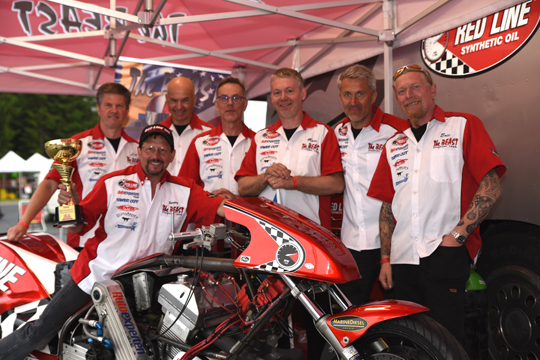 With claiming the 2017 EDRS Pro Nordic MC Super Twin Motorcycle Championship, Tommy Grimes was the first American rider to win a title in this prestigious drag bike series. And the good news is that Grimes, Per Bengtsson and The Beast Dragbike Team will defend their EDRS Pro Nordic MC title in 2018! 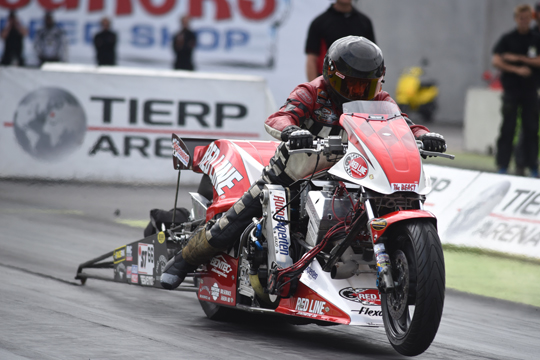 Tommy Grimes, Per Bengtsson and The Beast started the 2017 season pretty good with a number one qualifying position at Tierp Arena in June. But things changed for the worse with a catastrophic engine explosion in the second race at Alastaro. 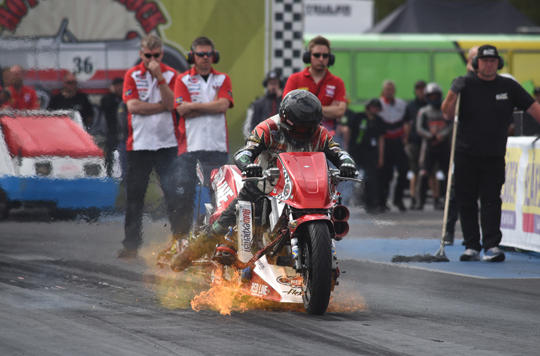 At Gardermoen the team was back to form with a number one qualifying position and a win, to finish the EDRS Pro Nordic MC season at Tierp with another number one qualifying position, a runner-up finish, a new personal best and the EDRS Pro Nordic MC Super Twin Motorcycle title! As a cherry on the cake The Beast Dragbike Team travelled to Valdosta in the States and reset their personal best once again. Per Bengtsson looks back at a rollercoaster season. 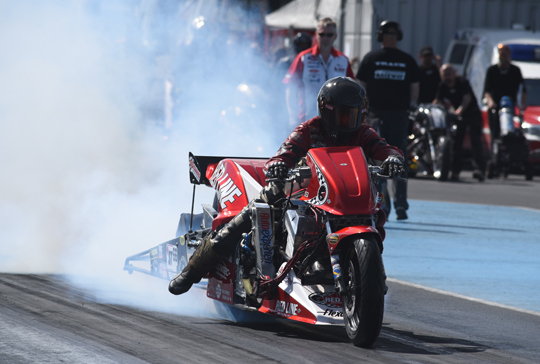 “Before the Manufacturers World Cup Finals at Valdosta last year, I felt that it was time to quit racing. It gets more difficult for me each year to find new challenges, and my health has not been the best. But when we produced such good performance during the US race and felt all positive reactions back home from fans, friends and our sponsors, it suddenly got very difficult to not make another season!” 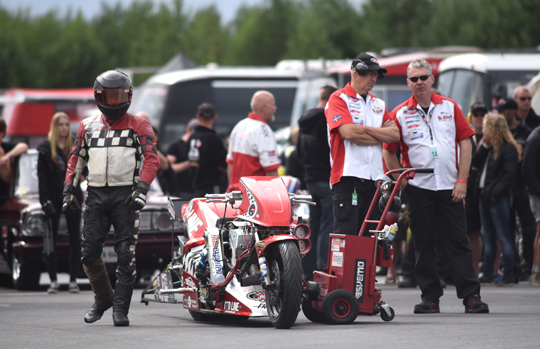 “It was a big change for the team during the last season with a new rider on The Beast. Tommy was a perfect fit for the team from the start, but it was a big challenge for him to get a handle on the bike. After the catastrophic blow up at Alastaro, caused by a broken pushrod, everybody in the team was on high alert before the Gardermoen race. Nothing was allowed to go wrong in Norway! The Beast was updated with better parts than ever before, and the whole team realized that we needed success to gain our self-confidence back.” 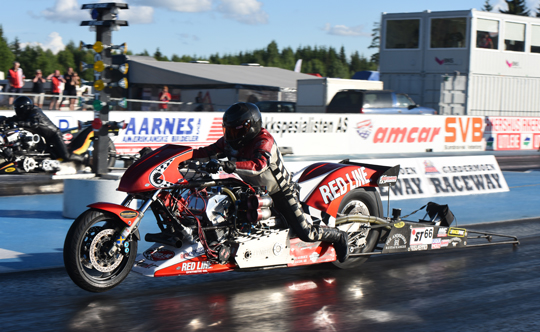 “After our first win with Tommy on the bike at Gardermoen Raceway, we felt a little more relaxed. In the EDRS Pro Nordic MC finals at Tierp, the 6.3 second ET slip came almost by itself, and when we won against Roman Sixta in the semifinals, everything worked as it should do. When we needed it most, we set a new personal best and backed it up as a Nordic Record, 6.29 seconds, a lot quicker than the current European record for Super Twin Motorcycles!” 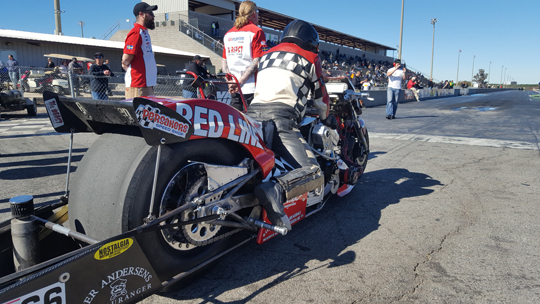 “When we came over to the Valdosta race, you could see that Tommy really started to feel comfortable in the saddle, and we managed to repeat the performance from Tierp. On top of that we produced another new PB with 6.22 seconds, and with a top speed very few have reached before with a Nitro Twin, 380 km/h (236.13 mph).” 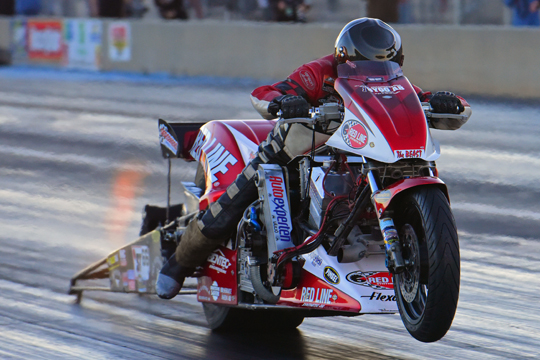 “Now we are really looking forward to a copy of the 2017 season. We will do the whole EDRS Pro Nordic Motorcycle Championship series and then a repeat of the Valdosta tour. Hopefully with the same gang in the container as last year! Besides that, we hope to see some more European and US riders for a real 2018 World Finals.” 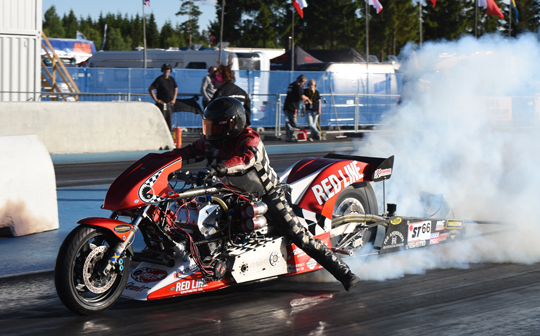 “We are very happy for the continued support in 2018 from all our sponsors: Red Line Oil, Bilservice i Åseda, Rävemåla Bilservice, Autoexperten Växjö, Per Anderséns Restauranger, Gates, Brammer, Marine Diesel, Bengtssons Sågverk, Fanhultstvätten Älmhult, Persåkers Speedshop, Liqui Moly, Ulvsgården AB, Bentec Engineering and Flexoart. We hope to introduce some new partners in the near future. The Beast Dragbike Team look forward to seeing you all at the races!”