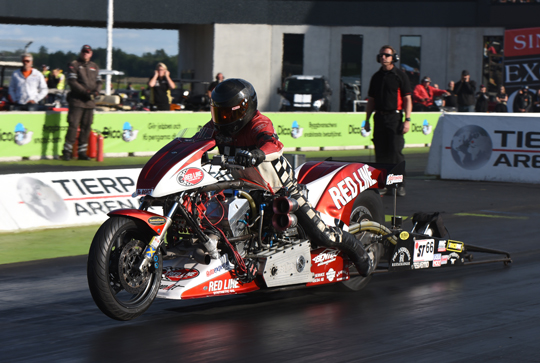 In two of the four categories of the EDRS Pro Nordic Motorcycle Championship there were no changes in the number one qualifiers after Saturday qualifying for the Dico Internationals at Tierp Arena. Tommy Grimes (Super Twin Motorcycle) and Sverre Dahl (Top Fuel Motorcycle) couldn’t improve on their earlier performance, but their elapsed times from Friday were enough to lead their respective categories into tomorrow’s eliminations. Fredrik Fredlund (Pro Stock Motorcyle) and Mogens Lund both scored major improvements and took the lead in their categories.

It was another day of great racing at Tierp Arena for the Dico Internationals, the fourth and final round of the EDRS Pro Nordic Motorcycle Championship. 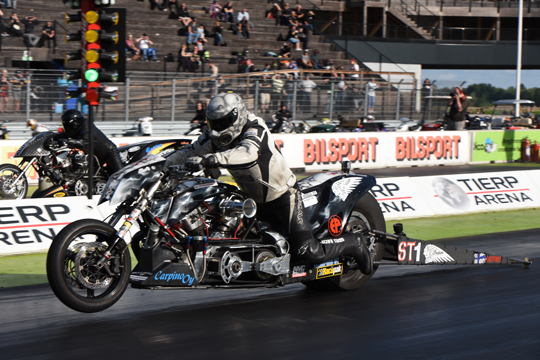 In Super Twin Motorcycle Tommy Grimes couldn’t improve on his Friday performance, but the American rider’s stunning 6.31 seconds was enough to remain in the number one position. Reigning champion Samu Kemppainen was a bit quicker then yesterday, but the Finn’s 6.53 seconds was not enough to beat Grimes’ ‘The Beast’. 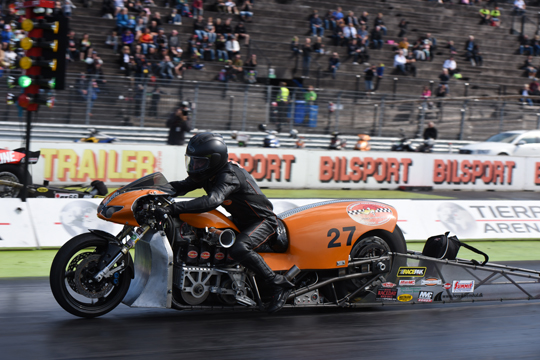 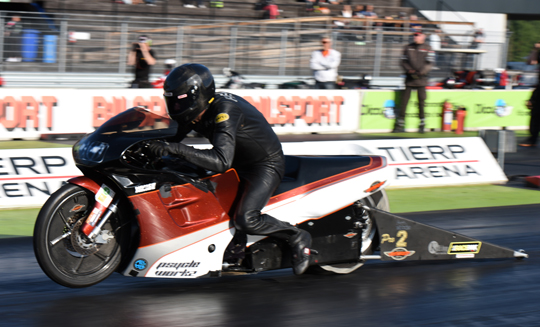 In Pro Stock Motorcycle Fredrik Fredlund stormed to a great 7.006 seconds to take the lead in qualifying. Friday leader Robert Karlsson didn’t show up in both Saturday qualifying runs, but his 7.01 seconds was still enough to be the number two qualifier after four runs. 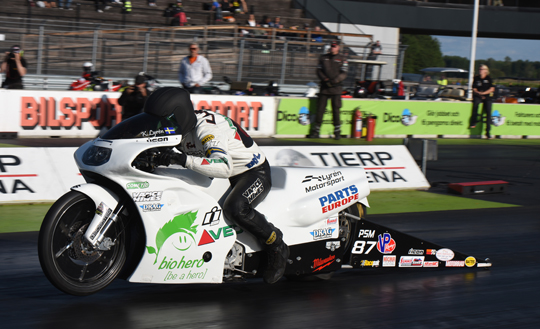 In Top Fuel Motorcycle there were no changes in the top three and so Sverre Dahl (5.98 seconds) will lead this quickest motorcycle class into eliminations. 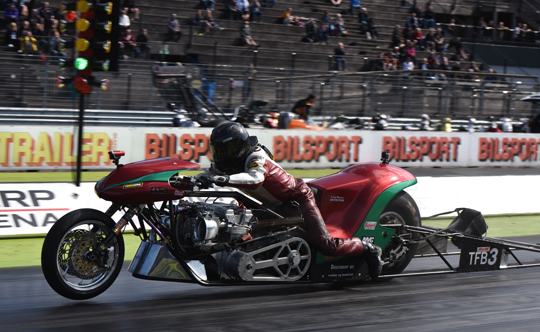 Jan Sturla Hegre also couldn’t improve on his earlier performance and the same was true for reigning champion Thomas Pettersson. 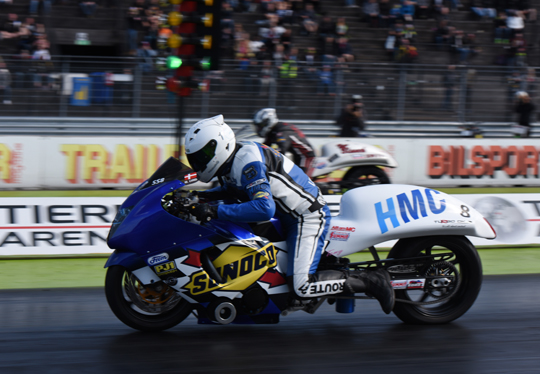 In Super Street Bike Mogens Lund is the new leader after four runs. The current championship leader stormed to a great 7.07 seconds, a bit quicker then number one qualifier from Friday, Garry Bowe (7.08 seconds). 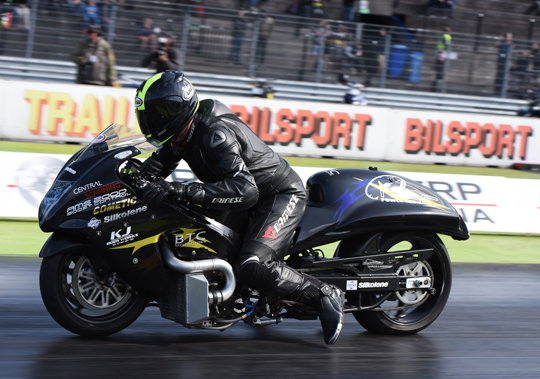 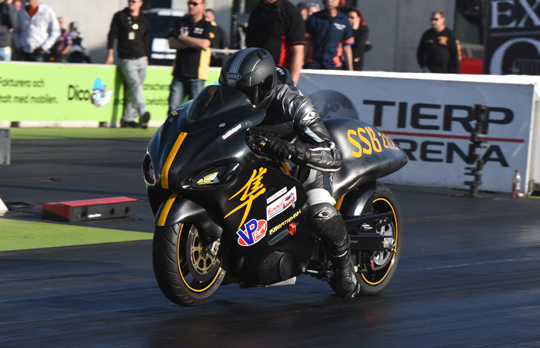 In his fourth and final run Robert Nilsson had a major improvement to 7.26 seconds and jumped into the number three qualifying position. Björn Friström will enter eliminations as the number four qualifier, with Anders Blanck fifth and Mathias Bohlin sixth. With seven riders under the 7.4-second zone, Super Street Bike had one of the quickest fields ever in the EDRS Pro Nordic MC. 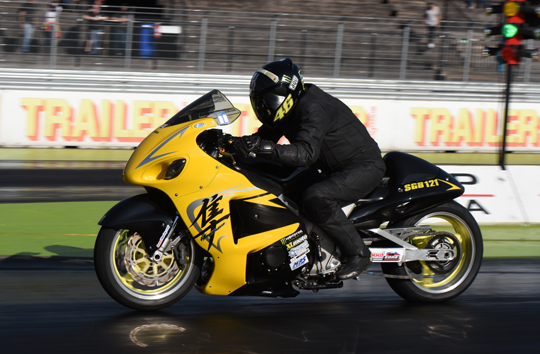 Super Gas Bike had one more qualifying run today and that was enough for Magnus Pollack to take over the number one qualifying position from championship leader Iiro Reinola. Jari Malinen is the number three qualifier, with Micke Ölen fourth. 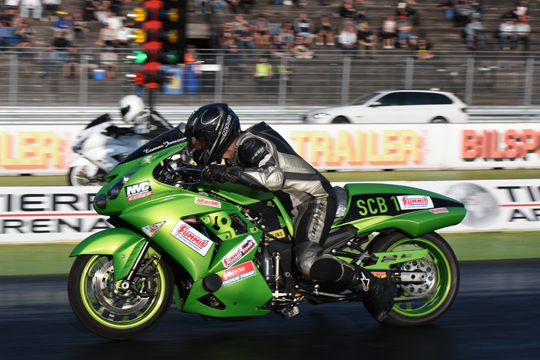 Super Comp Bike had its first round of eliminations today and Emil Östlund, Peter Östlund, Bianca Nilsson, Peter Svensson, Björn Linde and Kimmo Rantala advanced to the next round. Tomas Jonsson was defeated in the first round and so the number three in the championship standing saw his championship dreams disappear.

More photos from the Dico Internaionals can be found at: http://www.edrspro.com/, photo galleries, August, Tierp Arena