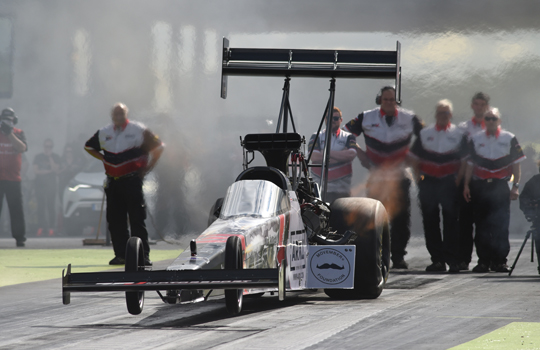 Liam Jones raced to the number one qualifying position in Top Fuel at the first day of qualifying for the Dico Internationals, round five of the FIA European Drag Racing Championship. In Top Methanol Timo Habermann stormed to 5.30 seconds and is the provisional leader at Tierp Arena, Sweden. In Pro Modified Åke Persson was quickest and leads an extremely competitive field with two more qualifying sessions to go. In Pro Stock championship leader Bengt Ljungdahl is once again the provisional leader.

Cool weather and great track conditions made it possible to record great elapsed times in all categories at the first day of qualifying for the Dico Internationals, round five of the FIA European Drag Racing Championship at Tierp Arena, Sweden. 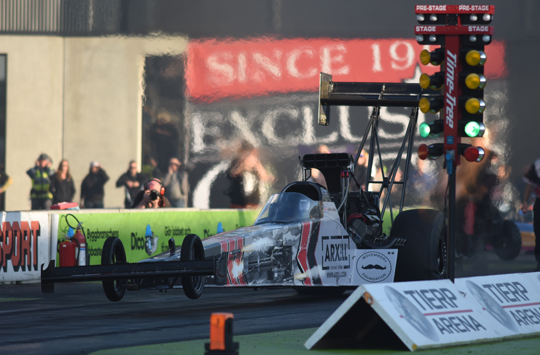 In Top Fuel Liam Jones stormed to the lead in his second run of the day. The Rune Fjeld Motorsport driver recorded a great 3.94 seconds, only a bit quicker than the 3.95 seconds of his RFM teammate and championship leader Duncan Micallef. 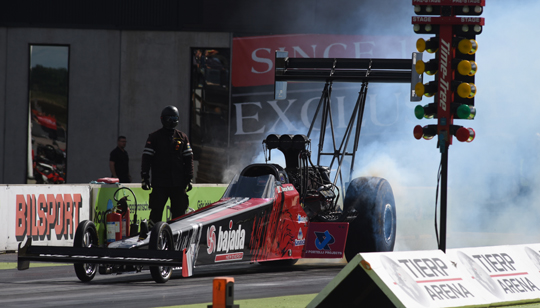 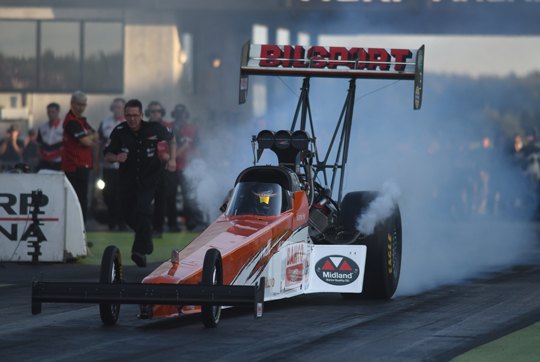 Micke Kågered is the provisional number three, with Antti Horto in fourth position and reigning FIA European Top Fuel champion Anita Mäkelä fifth. Stig Neergaard, the current number three in the championship, had some problems and is only in ninth position. 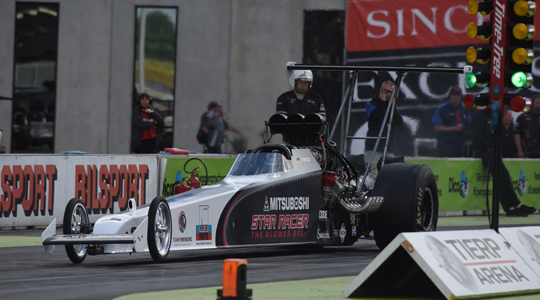 In Top Methanol Timo Habermann stormed to a great 5.30 seconds in his first run of the day and is the provisional leader. 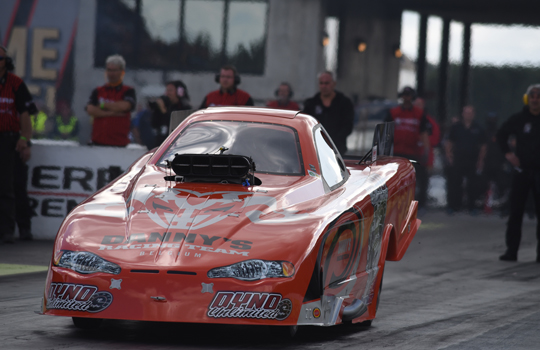 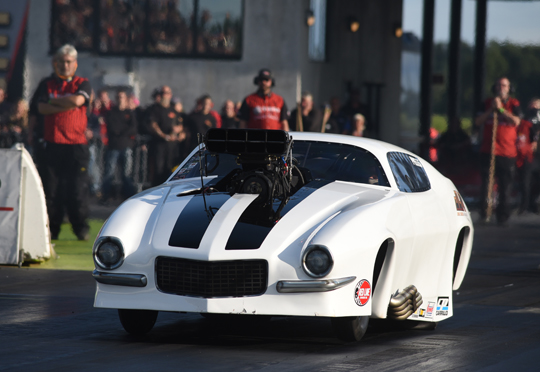 In Pro Modified Åke Persson stormed to a stunning 5.88 seconds and is the leader after two runs. 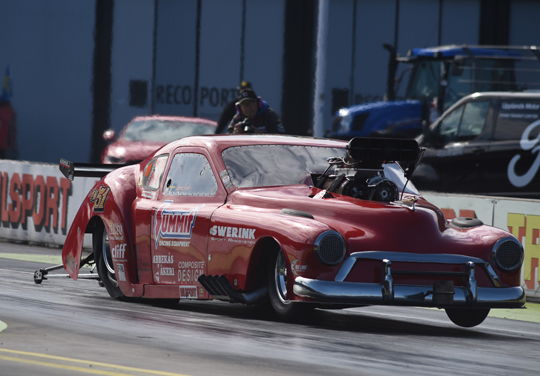 Jimmy Ålund was the most consistent driver and his second run handed the Swede the number two qualifying position with a great 5.89 seconds elapsed time. 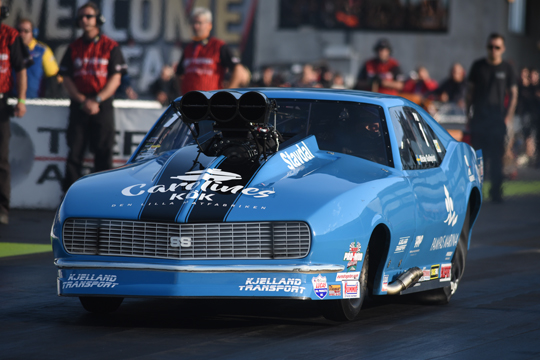 After some problems in his first run of the day, Michael Gullqvist bounced back with a great 5.92 seconds and the reigning champion is the provisional number three. David Vegter was the last one to qualify in the 5-second zone with 5.97 seconds. Roger Johansson is fifth (6.01 seconds) and Bruno Bader (6.08 seconds) sixth. 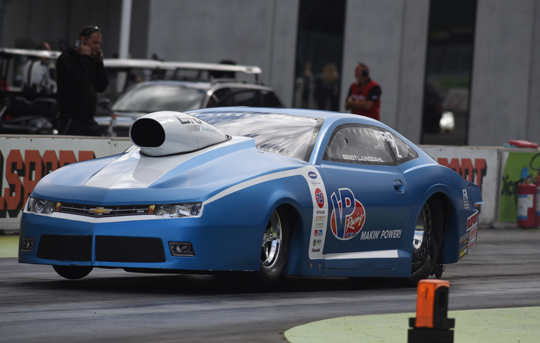 In Pro Stock Bengt Ljungdahl was quickest with a great 6.52 seconds, with Jimmy Ålund not far behind with 6.55 seconds. 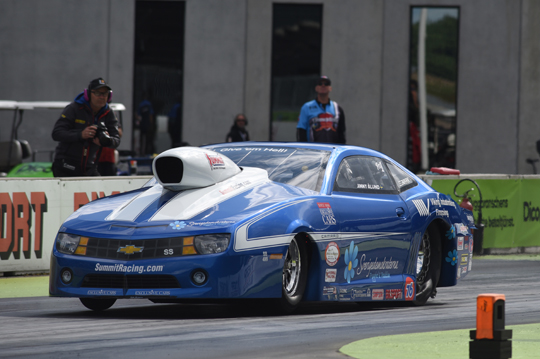 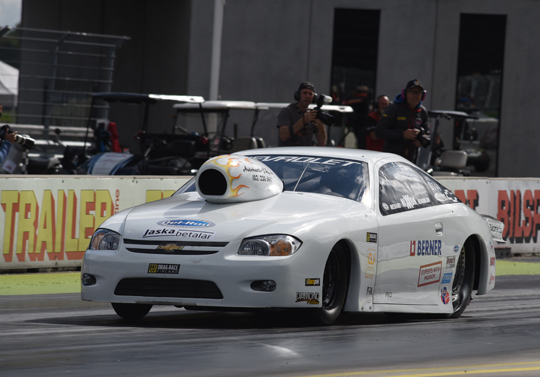 Richard Sundblom impressed with a great 6.59 seconds to claim the provisional number three position. Michael Malmgren is fourth (6.59 seconds) and Thomas Lindström (6.61 seconds) fifth. Stefan Ernryd, the number two in the championship, is only in sixth position (6.63 seconds), but as the field is extremely close together, everything can change in the last two runs tomorrow.

More photos from the Dico Internaionals can be found at: https://www.dragracingeurope.eu/fiaedc/dico-internationals-24-27-august-2017/