After the rain, there was sun at Linde Open 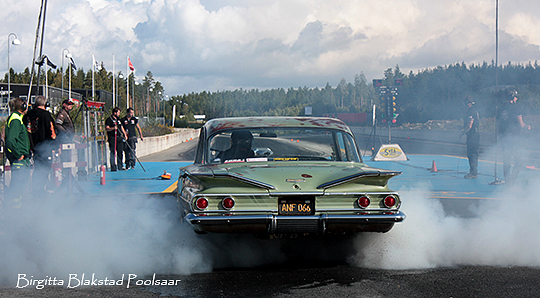 After a delay caused by rain on Saturday the qualifications could finally start at 1.30 pm in sunshine. The sunshine then lasted almost the rest of the weekend. On Saturday evening time for the traditional evening with crayfish party. This year with a very! very long table filled with these delicacies and all the accessories necessary to be able to enjoy them in full.

Anna Rosander made a good start as low qualifier in Junior Dragbike. It´s her first dragracing season and until now have just been riding on a horse with only one horsepower. Â Now she´s riding an iron horse and the weekend was over when she in the second elimination round she caught a redlight and was disqualified. Moa Nilsson is the 2017 Junior Dragbike Champion of Linde Open. Congratulations Moa! 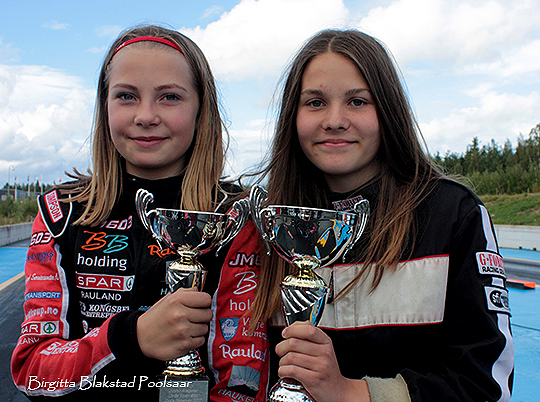 In Jr Dragster, we found Patrik Lind as number one qualifier with a remarkably 0,0005 sec reaction time just one 0,0001 of a second ahead of Atle Poolsaar. Unfortunately, Patrik was disqualified in second round vs Nina Björnsson. Unfortunately, Jr dragster finals was delayed and when the finals were about to be run between Wilma Andersson and Hanna Kongsheim the rain was back. So sadly, no winner in this class. 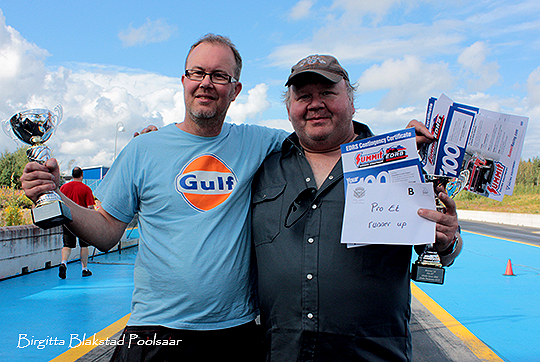 In Pro ET Torbjörn Låås took the top qualifying position, but redlighted in first round vs Håkan Eriksson. Winner of the class was Ulf Zachrisson who took out Anders Edin in the Final. Ulf have a clear lead in the class when it´s time for the Finals at Gardermoen 15-17th of September.

Super Comp Bike Thomas Nilsson gained some points at this event and could go home from Linde Open with the winner cup. Next up for this class is already coming weekend at Tierp Arena.

In Super Gas points leader Annica Larsson was kicked out by her opponent Christer Uhlin in the second round. In the finals we could find Björn Jonsson and Helena Olsson, Björn took the win by a very small margin. 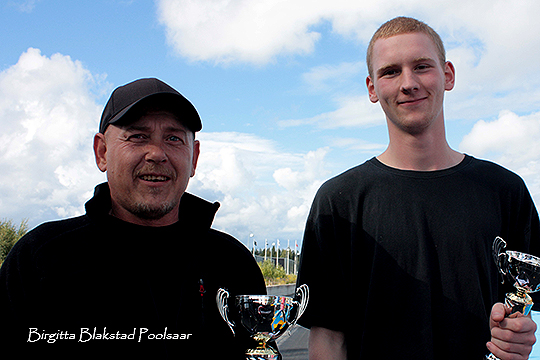 Super Gas Bike Champion was Magnus Pollack and as no one of the top three drivers in the series was on site Magnus could gain some points in the overall standings and close the gap to the point leaders. 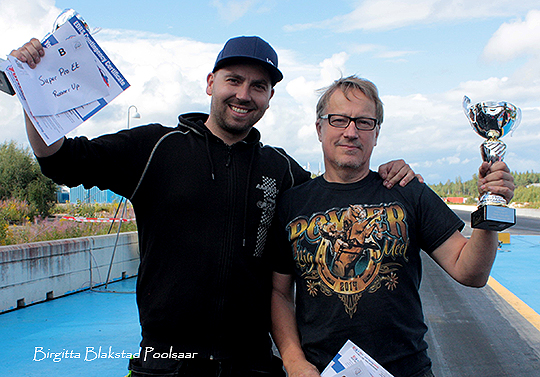 In Super Pro ET we saw a hard fight in the final between Tommy Abrahamsson and Anders Back. Anders stressed Tommy so he broke himself out. What else can you do for a win, that´s racing! 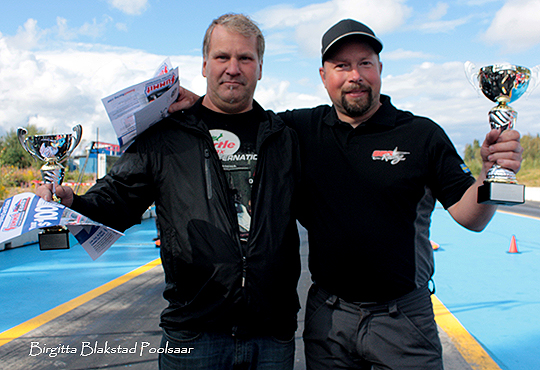 Ulf Lundgren seems to be a hard nut to crack this season. Last two events he has been on the top of the podium and so again this weekend. Ulf Axelsson, last year´s winner, tried the hardest to beat him in the finals but got busted by a brake out.

The Speedgroup two seat-dragster did run during the weekend. One of the passengers was the surprised manager of Hemköp, Lindesberg Johan Eriksson. 4 Qualifying rounds was done during Saturday afternoon. All in all, a great event.

Congratulations to all the Winners and Runner Ups, well done everybody at the #34 Linde Open. See you next year!