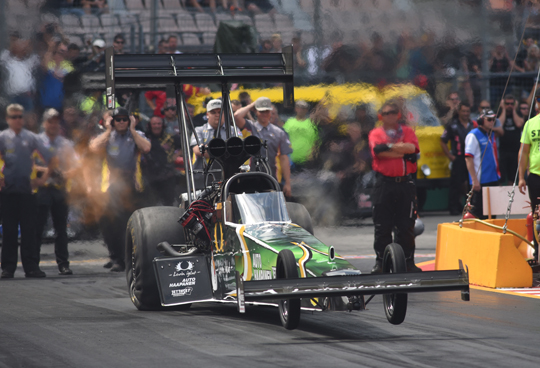 Anita Mäkelä raced to the number one qualifying position in Top Fuel at the first day of qualifying for the NitrOlympX, round four of the FIA European Drag Racing Championship at the HockenheimRing. In Top Methanol Timo Habermann stormed to a stunning 5.30 seconds and is the provisional leader at his home track in Germany. In Pro Modified Jimmy Ålund was quickest and leads the field with two more qualifying sessions to go, while in Pro Stock Michael Malmgren is the surprise provisional leader.

Top Methanol was the only FIA European Championship category that finished the two scheduled qualifying runs at the Rico Anthes Quartermile of the HockenheimRing today. First of all there were some delays in the program, and when Pro Modified was ready to start their second qualifying session, it started to rain, and the NitrOlympX officials had to cancel the rest of the program of day one of round four of the FIA European Drag Racing Championship. 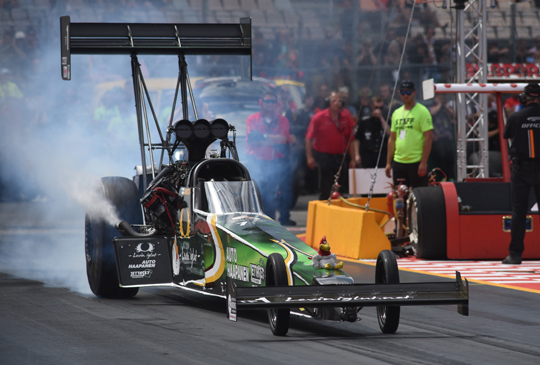 In Top Fuel reigning champion Anita Mäkelä from Finland recorded the quickest elapsed time with 4.18 seconds, while Stig Neergaard was close behind with 4.19 seconds. 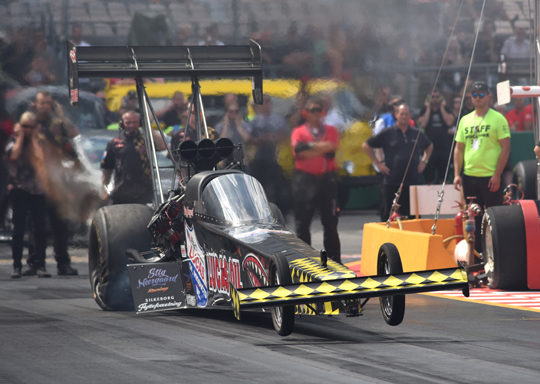 Duncan Micallef, the 2017 championship leader after three races, is the provisional number three after one run with an elapsed time of 4.27 seconds. 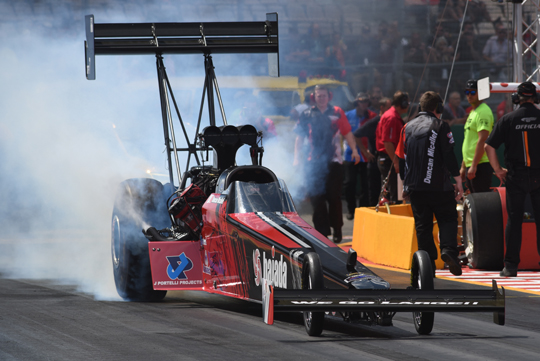 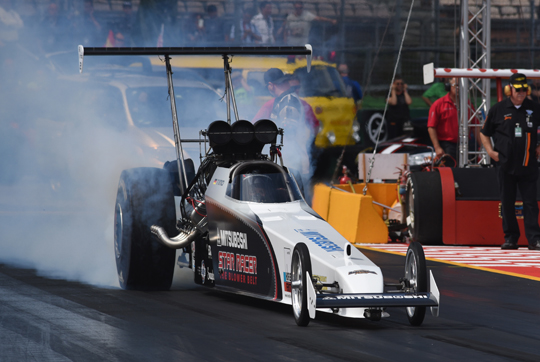 In Top Methanol Timo Habermann stormed to a stunning 5.30 seconds in his second run of the day and is the provisional leader. 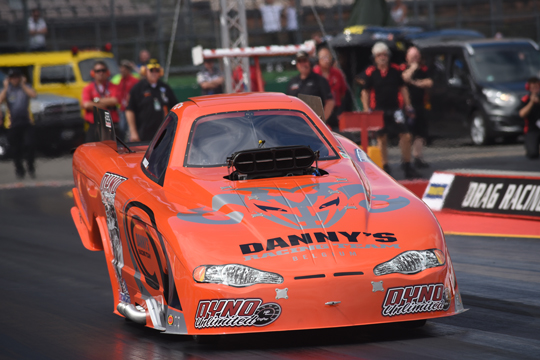 Sandro Bellio also improved on his earlier performance and is in second position with 5.69 seconds, while Timo’s brother Dennis Habermann is third at his home track. 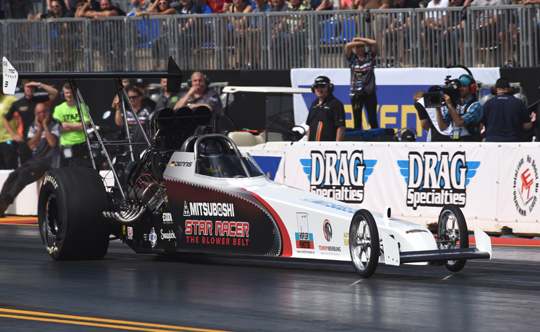 Linn Engan Karlsen is the second Funny Car in the field and is the provisional number four. 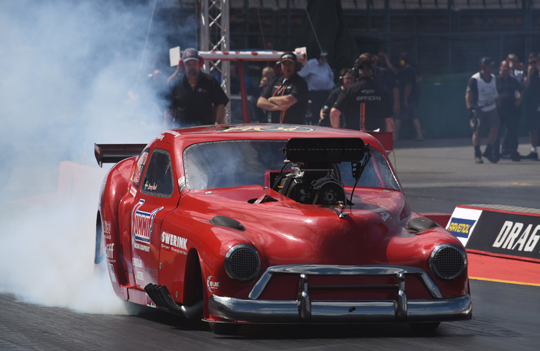 In Pro Modified Jimmy Ålund stormed to the number one qualifying position. The Swede recorded a great 6.01 seconds elapsed time. 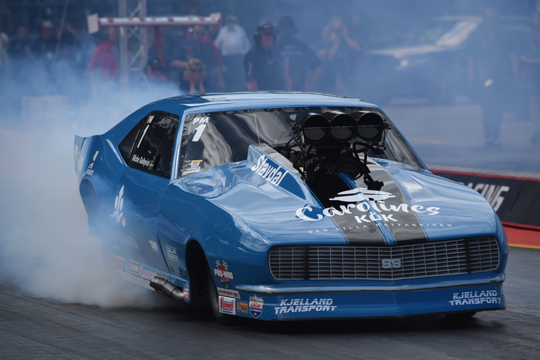 Reigning FIA European champion Michael Gullqvist was not far behind with 6.09 seconds, while Marck Harteveld from the Netherlands impressed with a great 6.14 seconds to claim the number three qualifying position. 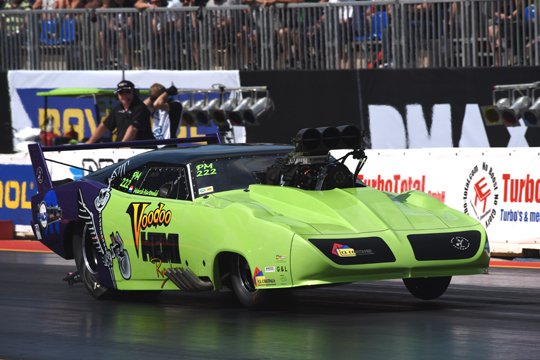 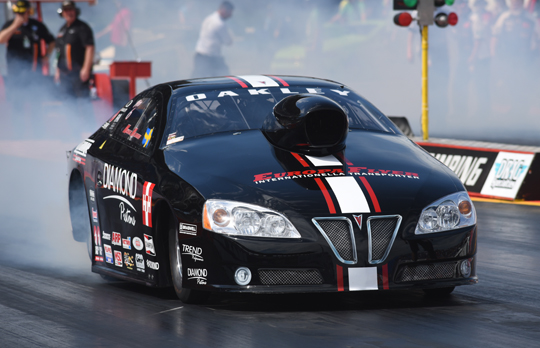 In Pro Stock Michael Malmgren is the surprise leader after the Friday qualifying run. The Swede recorded 6.794 seconds, only 0.003 seconds quicker then Stefan Ernryd, the provisional number two qualifier. 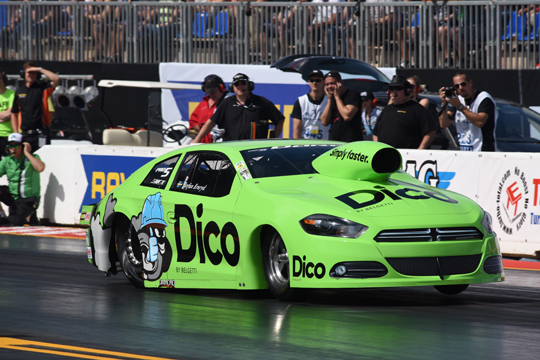 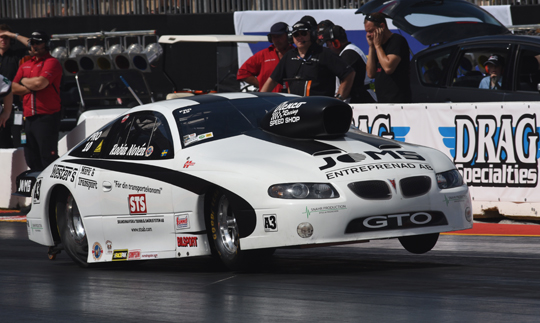 Robin Norén is third. Bengt Ljungdahl, the current FIA European Pro Stock championship leader has some work to do tomorrow, as the Swede ran into problems immediately after the start, did not record a time and is not qualified yet.

Qualifying for the NitrOlympX continues Saturday with two more rounds. As the weather forecast is excellent with almost ideal temperatures, it will be a long and exciting Saturday.