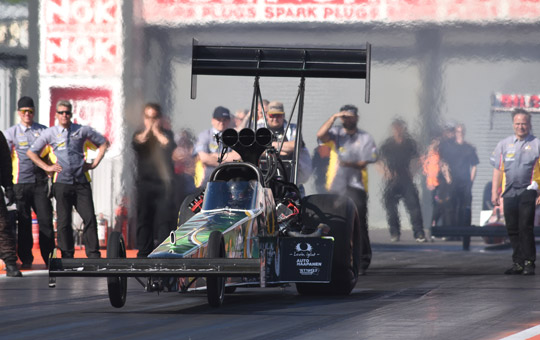 Anita Mäkelä raced to the number one qualifying position in Top Fuel at the first day of qualifying for The Main Event, the first race of the 2017 FIA European Drag Racing Championship. In Pro Modified Kev Slyfield surprised with a 6.15 seconds personal best to take the lead after two qualifying runs. In Pro Stock Bengt Ljungdahl is the provisional leader and in Top Methanol Dennis Habermann is the leader after day one.

Sunny weather conditions at the first day of qualifying for The Main Event, the opening round of the 2017 FIA European Drag Racing Championship at Santa Pod Raceway, England 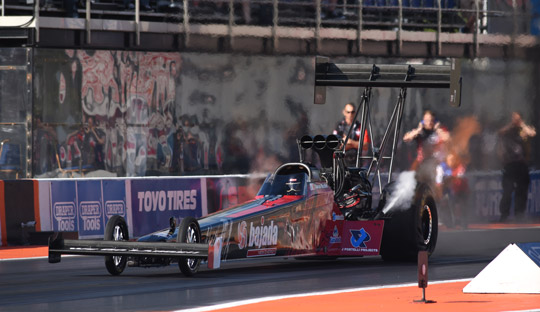 Reigning FIA Top Fuel champion Anita Mäkelä needed the second run to take over the lead from local hero Liam Jones who was the leader after the first round with 4.313 seconds. Mäkelä stormed to 4.129 seconds at 278.81 mph after the European record holder had to abort the first run with engine problems at the start line. Duncan Micallef from Malta raced to the number two position with 4.262 seconds and Jones dropped back to the provisional third position after the Rune Fjeld Motorsport driver couldn’t improve on his earlier performance. Stig Neergaard, last year’s runner-up in the FIA European Championship, is fourth and multiple FIA champion Urs Erbacher fifth. 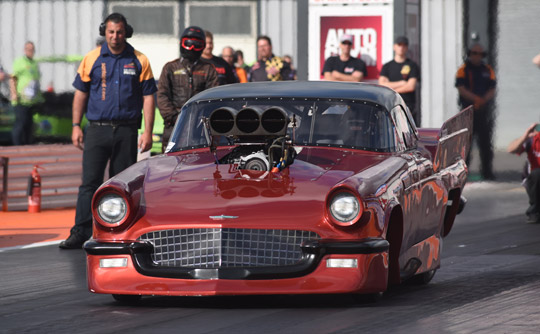 In Pro Modified Kev Slyfield stormed to 6.15 seconds in his first run of the day, a new personal best for the British driver. Bruno Bader from Switzerland is in second position after day one (6.260 seconds), closely followed by David Vegter from The Netherlands with 6.263 seconds. 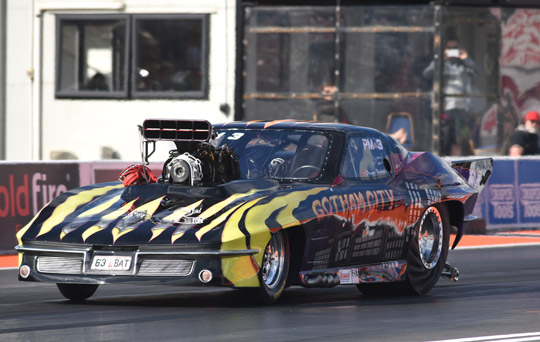 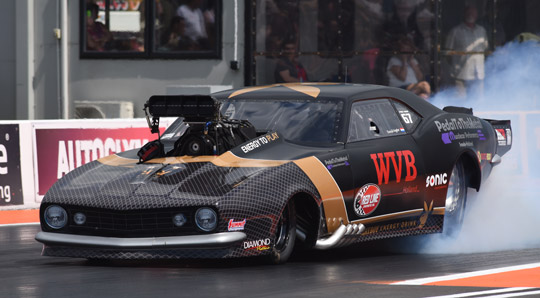 Jimmy Ålund, the 10-time FIA Pro Stock champion who makes his Pro Modified debut at The Main Event is in fourth position. Reigning FIA European champion Michael Gullqvist has some work to do as the Swedish driver is in 15th position. 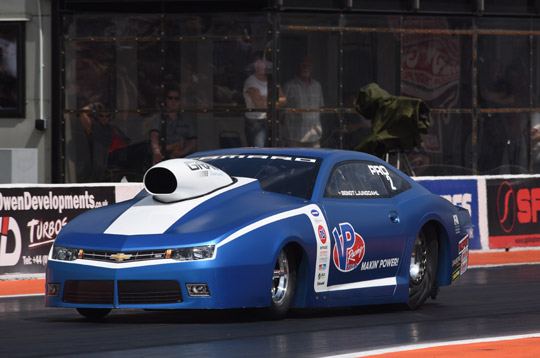 In Pro Stock Bengt Ljungdahl, last year’s runner-up in the championship, leads the seven car field after day one with 6.689 seconds at 206.11 mph. 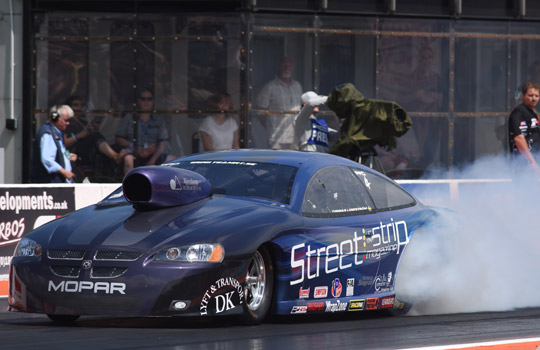 Thomas Lindström is second with 6.741 seconds, closely followed by Michael Malmgren with 6.747 seconds. 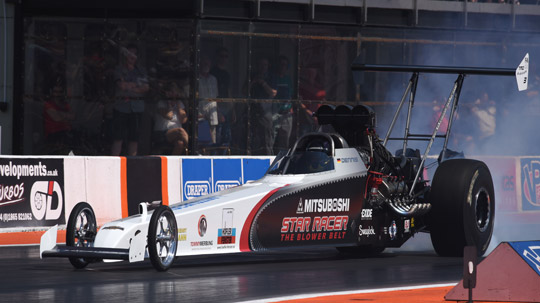 In FIA Top Methanol Dennis Habermann and his brother Timo Habermann recorded exactly the same elapsed time (5.5269 seconds) but thanks to his higher speed (259.66 for Dennis and 259.00 mph for Timo) Dennis is the number one qualifier after day one. Stephanie Milam is third and reigning FIA champion Jonny Lagg from Sweden is fifth. 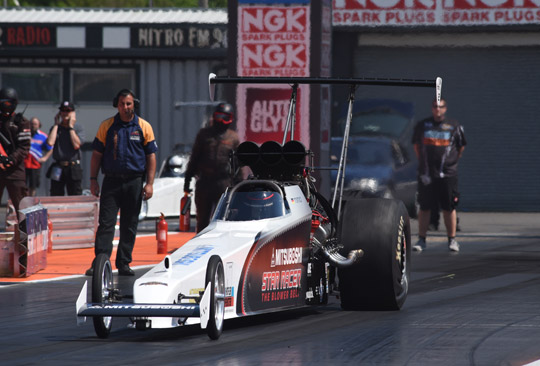