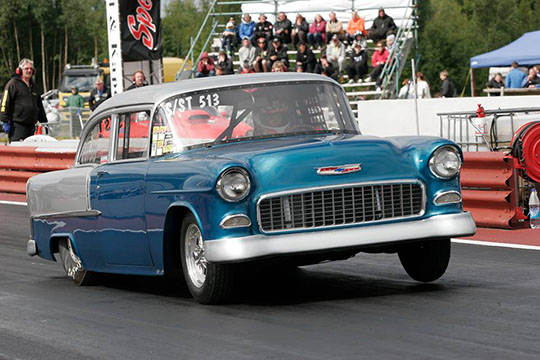 Easter is not far away, which means that the big Bilsport Performance & Custom Motor Show at Elmia in Jönköping Sweden is approaching fast. And among many entrants at this huge show, we find Marie Wallins beautiful Super Street -55 Chevy. 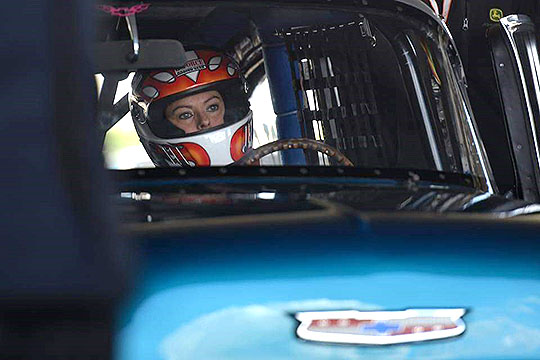 -One of my goals has been to participate in the show with the car, says Marie. But I thought that if you have a nice car they will contact you.

But that´s not so. So, Marie sent the jury a notification about the car and had a request.

– Who can resist a -55 Chevy! Says Marie with a smile. Of course, we got an invitation.

The car was built in 1990’s by Marie’s husband Magnus Wallin after he ended his carrier in Pro Stock. It was a completely wreck and had been standing outdoor at a neighbouring farm for ages. 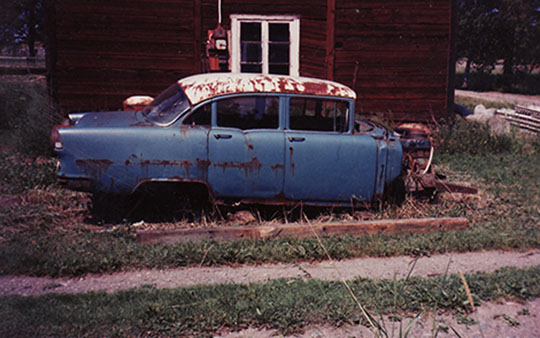 This is what the Chevy looked like before Maries husband Magnus took it in to his garage. Now it got a completely new life.

– Magnus took it in and renovated it over five years and by 1995 it was finally ready, says Marie.

Magnus raced with the car until 1998 when it was put away in a corner of the garage. In 2000 Marie and Magnus met, but at that time Marie wasn’t interested at all in motorsports. But she did a lot of other sports including riding and running.

– Magnus’ brother was still racing in Stock/ Super Stock, says Marie. And when Tierp Arena was built I asked if Magnus could start up his drag racing carrier again, now in his -68 Nova. But he had no interest, but suggested I would be the driver instead. I thought he was joking.

He said that Marie was a good driver and that all drivers didn’t need the skills to become a mechanic. So Marie took her chance and the -55 Chevy was the best option as it was, according to Magnus, the easiest car to race on the strip.

– Then I was hooked, says Marie. I have been dreaming for many years of taking out this car but thought it was a plain race car which needed expert mechanics. 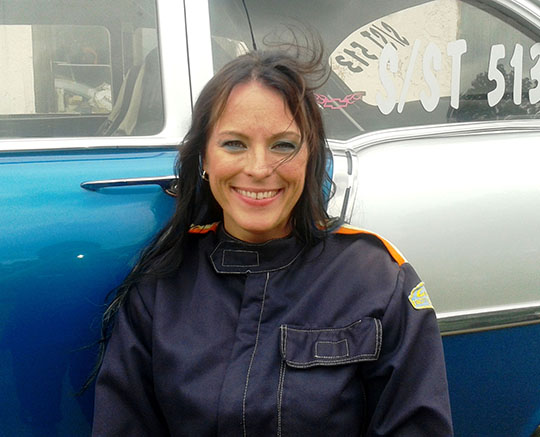 Marie just love drag racing and have become well known in both television and social medias.

Marie took her license late autumn 2012 and did her first race at Tierp Arena in May 2013. Everything worked fine and she ended up as Runner up at that event. The car is a beauty and has been featured in several magazines. In 2015 both Marie and the car were shown on Swedish television as well as in social media like Facebook site Street Outlaws where it got 20 000 likes. And now it´s ShowTime at Elmia for this beautiful couple, Marie and this petrol green and white -55 Chevy. Visit the Bilsport Performance & Custom Motor Show and say hi to the Wallin family from Uppsala, Sweden, and check out one of the most beautiful race cars ever. 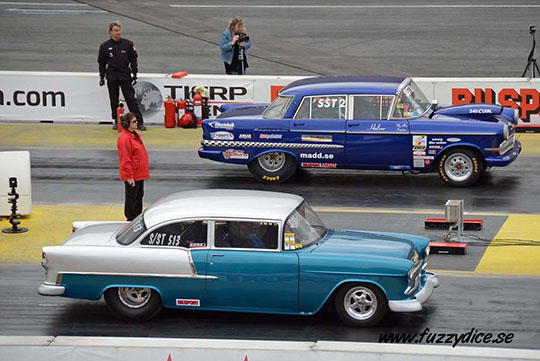 Marie vs Halvor at Tierp Arena. Two nostalgic cars racing each other.