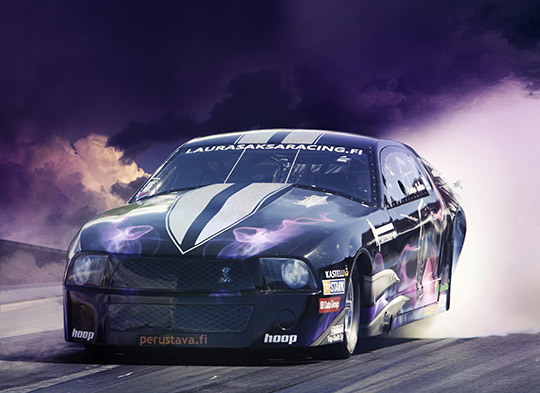 One of the fastest women in Finland, Laura Saksa from Kouvola, is going faster this season.

She have until now been racing in Pro Street, bur this season she is stepping up to Top Doorslammer. Last year the team bought Tero Laukkanens award winning Mustang and ended up as 3rd in Finnish Drag Racing Championship as well as 12 in the EDRS Series. So, this season the team took another step and bought Teros Pro Modified turbo engine as well.

–       I will have Tero and Jari Hietanen in my team together with six more members, so i will be in good hands, says Laura. And Teros former Scania R420 by Gray Adams double deck trailer will transport the team during the season.

The Mustang is a fully equipment Pro Modified car and the goal for Laura is to attend that class in the future, but start with Top Doorslammer this season.     – The season plans are the National Championship here in Finland, she says. But we will also attend some Summit Racing EDRS Series events as well. 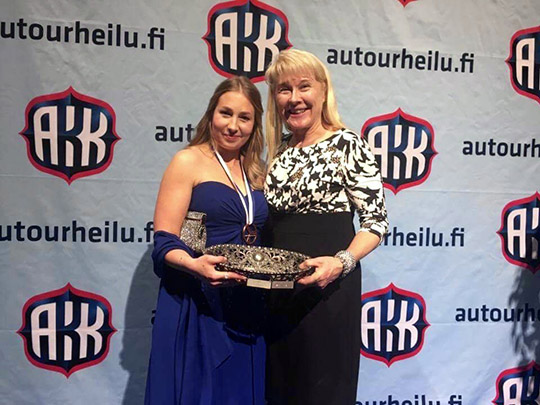 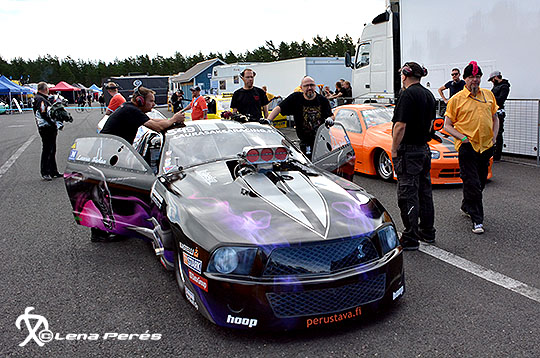 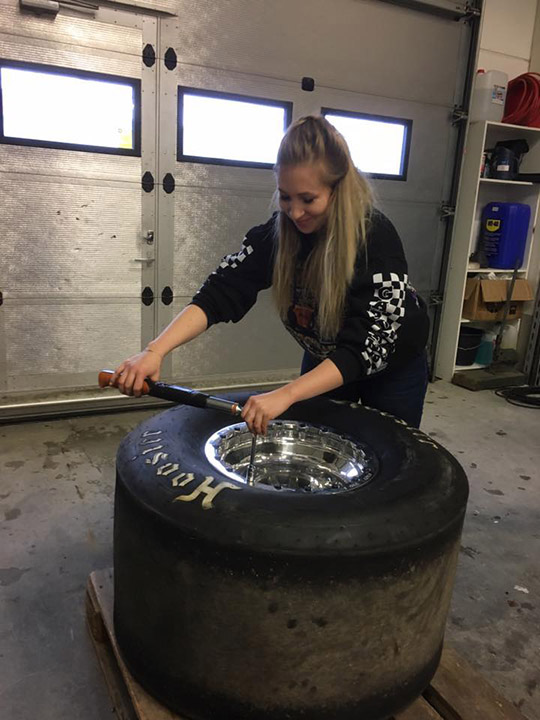 Laura is working hard to fix everything on the car, here fixing tires. 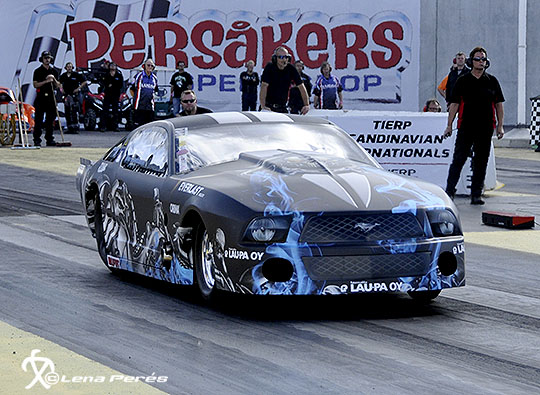 Laura bought Teros turbo engine who was the first to go faster than 400 km/h. 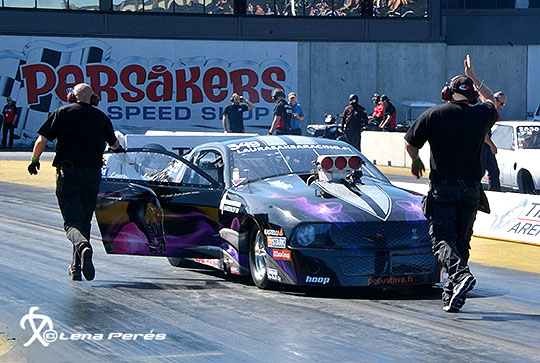 Backing up at Tierp Arena.