For drag racers and drag race fans, the name Bentec is synonymous with Per Bengtsson and his ear splitting Super Twin Motorcycle. For as long as they can remember, the Bentec name decorated the sides of the red and white machine, but what fewer people might know is that Bentec was founded by Bengtsson and he is still one of the driving forces behind FlexoArt, the parent company of Bentec Engineering. To support the sport even more, Bentec Engineering is a partner for EDRS Pro Nordic Super Twin and Top Fuel Motorcycle in Speedgroup’s contingency program! 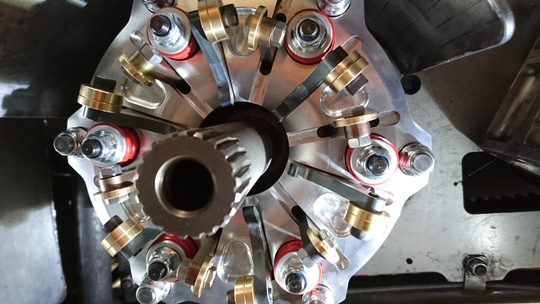 “Bentec Engineering is a brand name within FlexoArt. We use it for all our racing parts. I founded the company in 1984. In 2004 FlexoArt was founded and in 2011 we went under one roof, FlexoArt Graphic & Engineering. We built our own state-of-the-art building in 2012 as well, 1,200 square metres of workshop and storage and a 200 square metre office. We have twelve employees,” said Per Bengtsson, managing director and one of the three owners of the company. 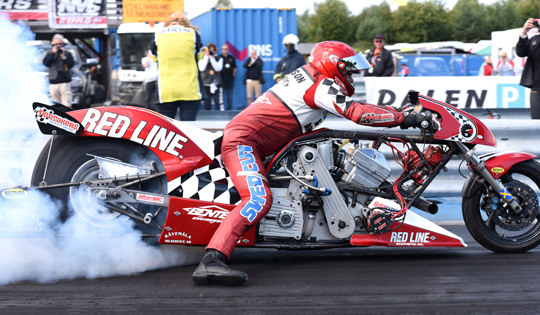 “We design, manufacture and sell equipment for flexo printing machines through distributors all over the world and all kind of transmission parts for drag racing, mainly clutches and 2-speed gear boxes, but also pulleys, belt drives, engine plates and an extremely strong crankshaft for the V-twins. To mention only a few, Svein Olaf Rolfstad, Jan Sturla Hegre and Marcus Christiansen are customers,” said Bengtsson about FlexoArt’s product range. 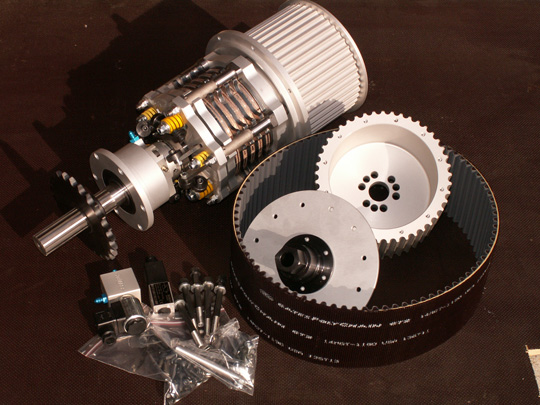 “What makes Bentec gear boxes and clutches so good and special, is the fact that they are very ridged and modular and you can customize them from our standard parts. It’s high quality and we have lots in stock and easy access. Together with our customers, the development is an ongoing process and we use an affordable price level,” said Bengtsson. Bentec mainly focus on drag racing, but produce some parts for sports car racing as well. 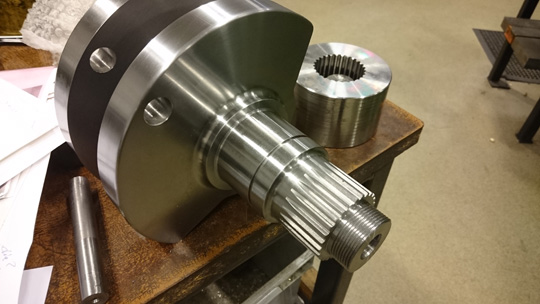 Bentec Engineering join the growing list of Speedgroup contingency partners and have a good reason to do so. “We want to show our customers that we care, and to show newcomers to the class which brand to choose! In addition to Super Twin Motorcycle we also support Top Fuel Motorcycle as we have Rikard Gustafsson and Sverre Dahl as our customers, two of the fastest bikes in the world. The contingency program is a good way to take care of our customers and business wise it’s a way to increase our sales. In drag racing we can show that our products perform well,” said Bengtsson. 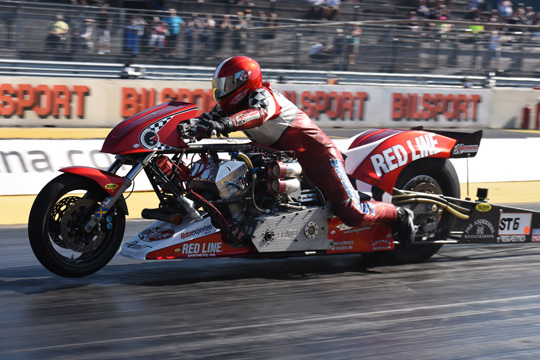 “With the contingency program we also hope to achieve that riders and teams choose our European made products, as they perform better, we have a better service, and spare parts are better available. We also hope to get a better position in the US and Australia. We know that the people in the US and Australia follow our series on internet. We had a big market in the US in the past, and we hope to regain that position with the contingency program as well, as they can see how well our products perform.” 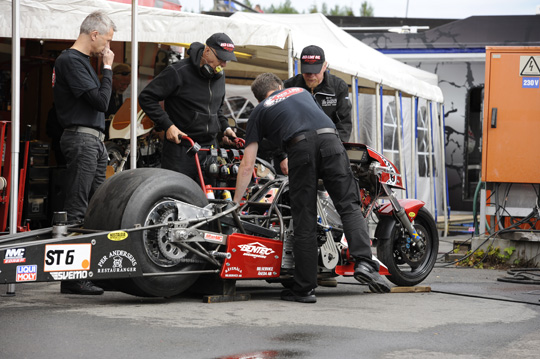 Finally, Bengtsson would like to say something to the top class motorcycle riders. “Many Twins went for a High Gear combination, without 2-speed gearbox. This has been a trend, but we know it will change, as all high gear bikes get a lot of performance problems and run slower elapsed times. All winners have always used gearboxes, Samu Kemppainen, Nate Gagnon, Martijn de Haas and all Top Fuel Motorcycles. We know that in the future we will sell a lot of gearboxes, but until then it’s good to show our brand in the EDRS contingency program.”

Bentec Engineering awards winners with USD 200 and runners-up with USD 100 in the motorcycle classes: