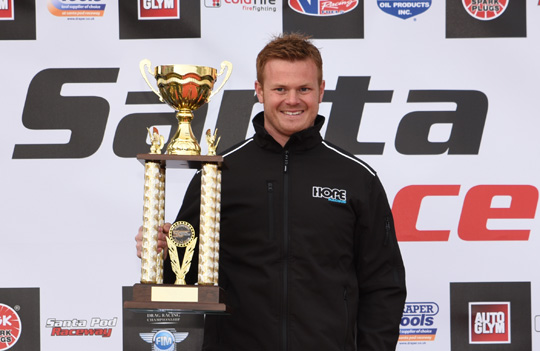 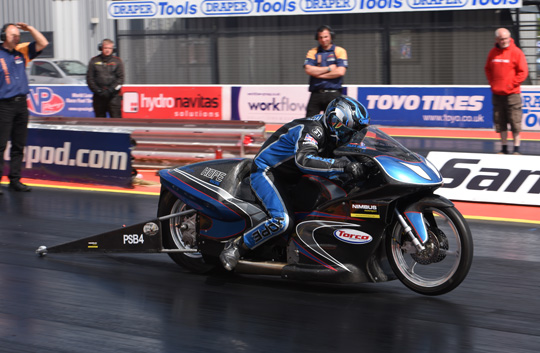 With their father Chris Hope racing drag bikes for many years, Pro Stock Motorcycle included, it was only a matter of time before his sons Alex and Mark would start racing themselves. Last season, Alex had double duties with racing his Pro Stock Bike in the British (ACU) and FIM championship, and his Super Street Bike in multiple championships as well, including the EDRS Pro Nordic MC. Mark raced his own Super Street Bike the last few years in his home country. This schedule asked for good planning and many miles on the road and in airplanes. But in 2017, the Hope brothers will step up and will do an even more interesting programme. 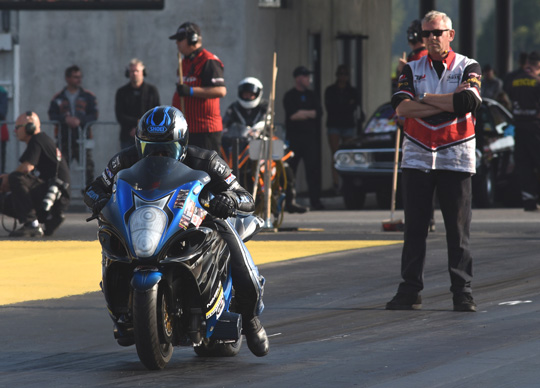 “At the Extreme Bike Weekend in October 2016, Matte Bohlin made me an offer to buy the Super Street Bike. That was the start of a new plan for this coming year and for me to just ride in one class, Pro Stock Motorcycle. We struggled in 2016 with the bike, even though we did manage the win at the Main Event, round one of the FIM championship. We could run 20’s but we’re always a tenth to two tenth off the pace of the quickest runners. We know we have the power in the engines put together by my dad, but had constant struggles with the 60ft and 330ft times, which is everything in this class. The Kosman chassis, which is my dad’s from back in the 2000’s, has a weight balance of 50/50 front to rear with the motor in. Great if you have a light rider, but unfortunately that I am not! So we hardly need to add any lead to help us get to the desired front bias we feel we need. Multi time UK champion and former FIM champion Dave Beck had a PMFR chassis for sale. The engine is stuffed much further forward, so it gives us the weight balance we need without adding lead. So the sale of the Super Street Bike freed up the funds to be able to make that move,” said Alex Hope about the decision to only race Pro Stock Motorcycle in 2017. 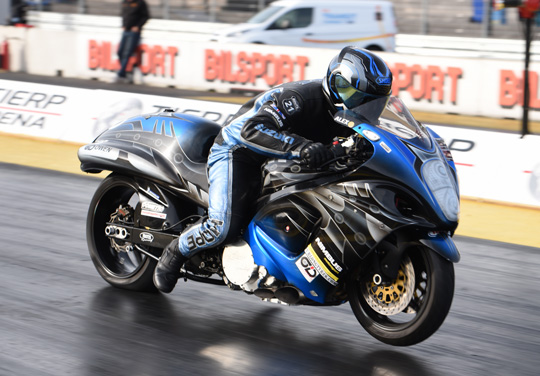 “The FIM / EDRS split seems to be something no one will talk about. I said in 2015 that I wanted to race in Sweden and Finland, just as dad had done years ago, but felt the politics meant that running Pro Stock Motorcycle would not be right thing to do, so we competed in Super Street Bike instead. After spending the last two years racing those events in SSB, speaking to all the racers you realize it’s just politics. It’s us the racers who are spending what we go out and earn to go race our bikes. So we should go race and race in whichever class we wish too. I guess that’s the reason right there why I’ve decided to run Pro Stock Motorcycle in all three championships in 2017. This gives the team nine races in the PSM class, not including a trip to Norway if funds allow, to work on the new bike and hopefully find the performance required to race with those at the top in both FIM and the EDRS Pro Nordic series. So with the Pro Stock bike we will be going to all three FIM races, three or possibly all four of the EDRS Pro Nordic MC races (Norway is a maybe) and of course all the ACU rounds at Santa Pod when the bike is in the UK. Mark will tour with us with the Super Street Bike in Sweden, Finland and Germany and will do the ACU and FIM rounds in Super Street Bike as well. The Norway race could be a brothers trip in the van for the one round”, explained Alex Hope about the brothers’ busy schedule. 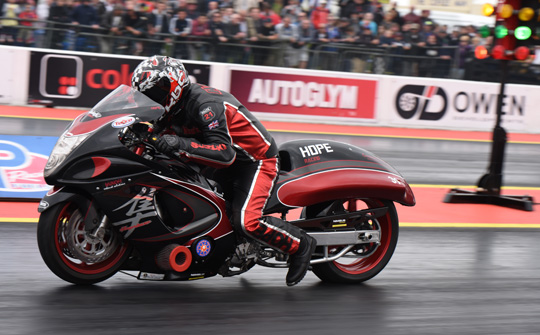 One thing is for sure, the EDRS Pro Nordic Motorcycle Championship has two more strong contenders to be reckoned with in two different categories. 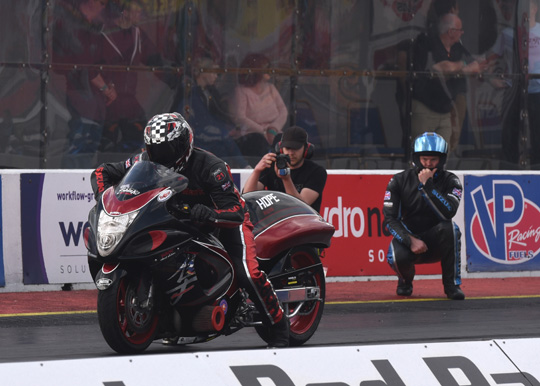 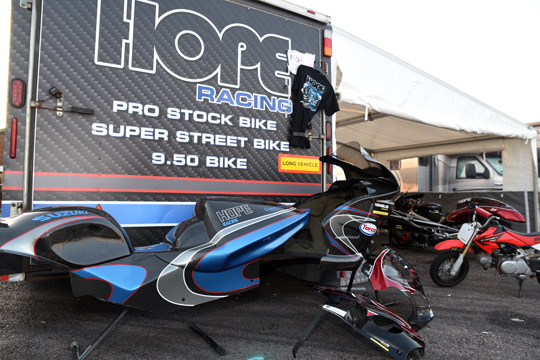