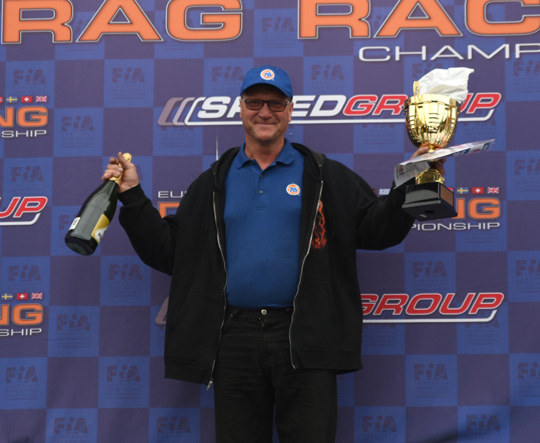 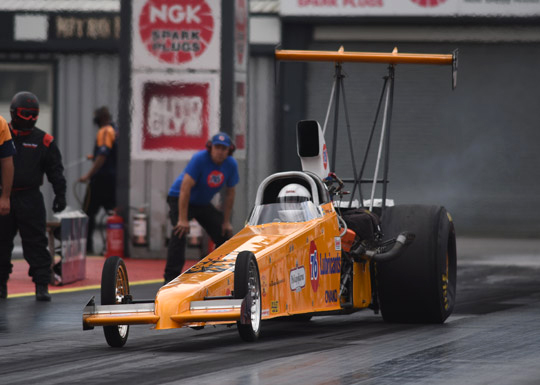 “Our most important win for the 2016 FIA European Championship title, and also the one I am most proud of, was the Main Event at Santa Pod Raceway. We won the race and reached a top speed of 275 mph. But I’m even more proud of my crew! The only parts we broke during the whole season were two pistons, two rods and two valve springs!” said the reigning champion when he was asked about last season’s highlights. Lagg started racing in Top Methanol Dragster a few years ago when Krister Johansson’s car was up for sale. “I always liked the TMD class and when Krister sold his operation, including himself, it was no question for me what was next.” 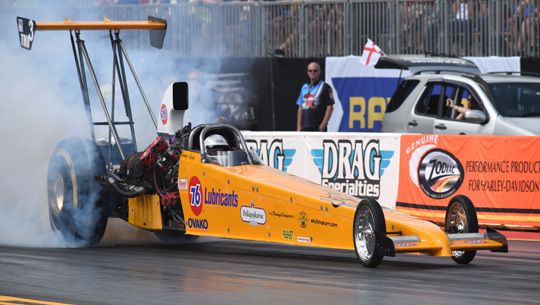 Although there is still some uncertainty about the coming season, Jonny Lagg and his team are working hard to have everything ready for the 2017 title race. “We will change the back section of the chassis as it was destroyed by tyre shake. As everybody will know right now, we will also have to race against the Top Methanol Funny Cars this season, so we are waiting for the handicap rules that will have to guarantee a fair competition between the Dragsters and Funny Cars. We will try to go to all FIA European Championship races again and we are looking for runs in the 5.30 seconds and 270 mph. The crew, with an average age of over 60 years old, will be the same”, said Lagg with a smile. The Swede is also very happy that 76 Oil will support the team again in 2017. “The Habermanns will be hard to beat, but I’m not sure where and when they will show up. But we will do our very best to win the new combined title.” 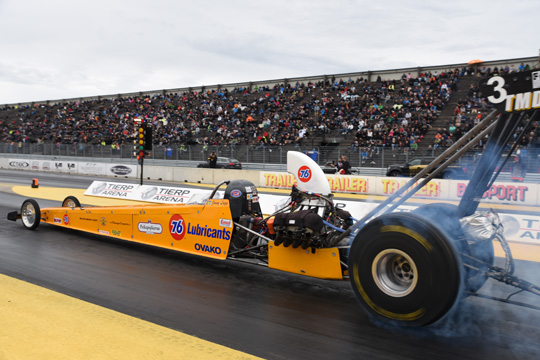