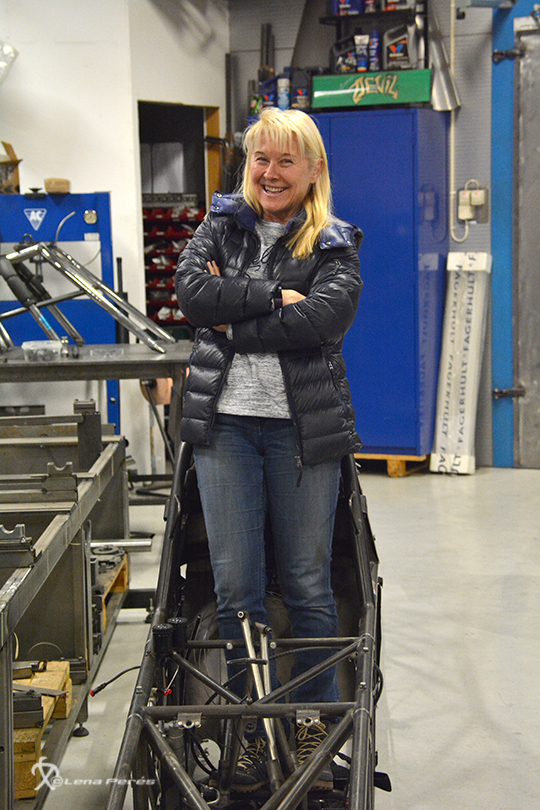 FIA Champion of 2016 Anita Mäkelä and Tommi Haapanen made a visit to ME Racing Service in Borlange for a delivery of their top fuel dragster chassis.

-It will be updated with a new front end until upcoming season by LG Eriksson at MERS, says Anita. Other news for the season is that we´re stepping up with new cylinder heads from no 5 to no 7, but else there is just ordinary service made to the dragster. 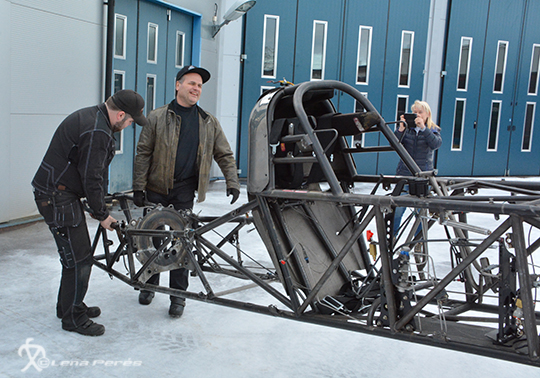 -Tommi didn’t want to where a tuxedo, which was a requirement, so I took our daughter Hanna with me instead, says Anita. And we had a good time. I was one of few that was called by the name during the ceremony, as I was the only woman. Most of the others was just listed on a display, as there was to many winners and motorsports disciplines represented.

Else there have been EDRS Banquet, where Speedgroup handed over their winner Cup, and the Finnish Automobile Federation and some more event.

-It`s been a very good offseason where we got a lot of time in the limelight, says Anita. I hope I can use that effort in a good way for the motorsport of drag racing. 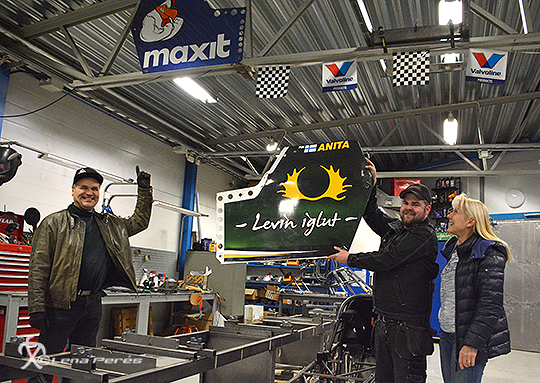 It seems that this team have been on site before. LG is keen to get this part to his collection.