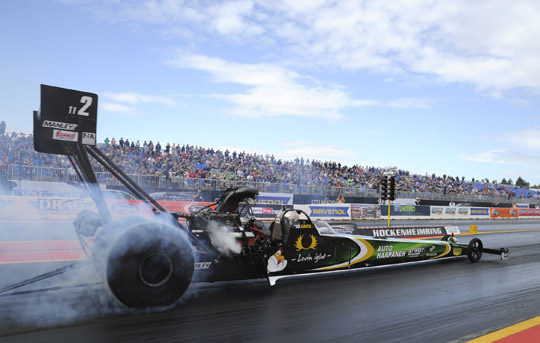 Anita Mäkelä raced to victory in Top Fuel at the 31th Hockenheim NitrOlympX, round four of the FIA European Drag Racing Championship. The win was a double success for the Finnish racer as she is also the new leader in the championship. In Top Methanol Funny Car, championship leader Johnny Oksa extended his lead by defeating Ari Pietilä in an all Finnish final. In Pro Modified, Johan Lindberg defeated surprise finalist and Pro Mod rookie Marck Harteveld from the Netherlands to take his first win of the season. Timo Habermann gave the home crowd something to cheer about to win in Top Methanol Dragster, while Jimmy Alund raced to victory in Pro Stock at the Rico Anthes Quartermile of the Hockenheimring.

It was a long and very exciting NitrOlympX eliminations day with some major upsets at the Rico Anthes Quartermile of the Hockenheimring, round four of the FIA European Drag Racing Championship.

In Top Fuel, Anita Mäkelä was back to form after a disappointing fourth position in qualifying. With a string of 3.9-second passes (3.96 and 3.93 seconds), Mäkelä defeated Urs Erbacher and championship leader Stig Neergaard. Mäkelä’s 3.96 second in the first round was the first ever 3-second pass in the history of the Rico Anthes Quartermile, proving that the track was in excellent condition. In the final Mäkelä had to face Michael Kågered, winner of last year’s NitrOlympX. The reigning champion reached the final by defeating number two qualifier Liam Jones and a bye run in the semi-final. In the final both drivers had some traction problems but in 4.55 seconds Mäkelä took the win and is also the new leader in the championship with two races to go. 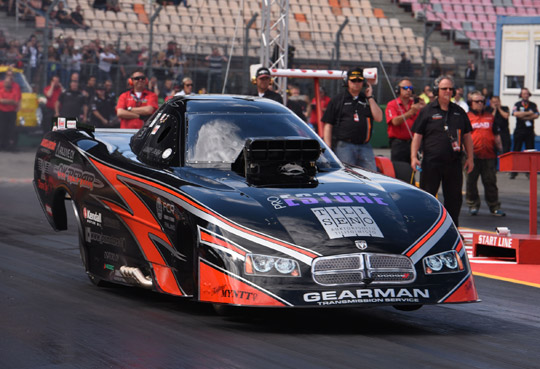 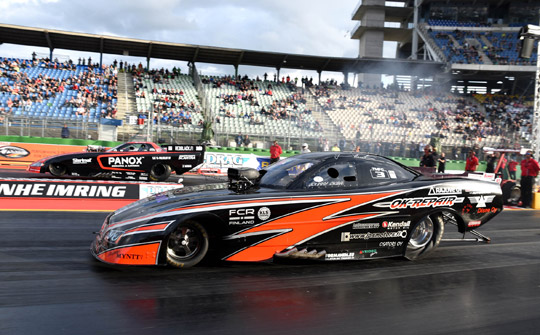 In the all Finnish final championship leader Oksa extended his lead in the championship with a win (5.88 seconds), as Pietilä ran into problems and crossed the centre line. 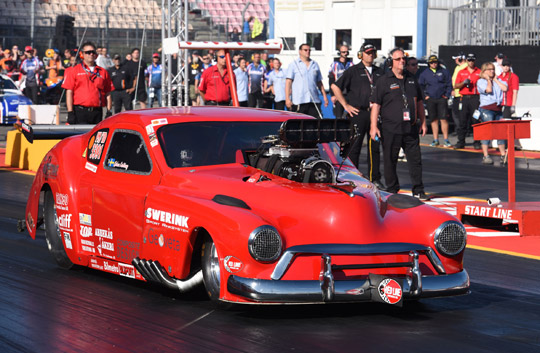 In Pro Modified number ten qualifier Marck Harteveld was a surprise finalist. The Dutch Pro Modified rookie had a bye run in the first round when Michel Tooren ran into problems, and defeated Mats Eriksson in the quarter finals. In the semi-finals Harteveld had to face reigning champion and number one qualifier Michael Gullqvist. Harteveld surprised the Swede with a much better reaction time to take the win. In the final Harteveld had to face Johan Lindberg from Sweden. In his quarter final against Thomas Stiefel, the former champion recorded the quickest elapsed time of the event with 5.99 seconds. In the semi-final Bruno Bader couldn’t stop Lindberg either. 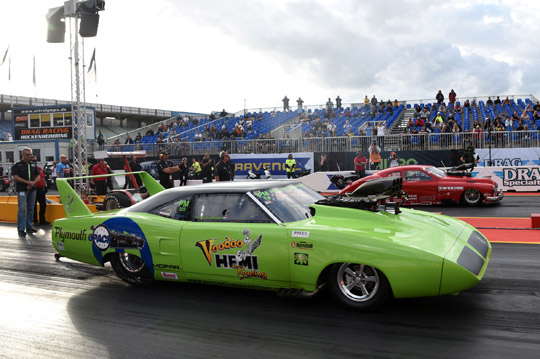 In the final Harteveld once again reset his personal best to bring it to 6.12 seconds, but even this was not enough to beat Lindberg. The Swede stormed to 6.05 seconds to take the Pro Mod win at the Hockenheimring and is the new number two in the championship behind Gullqvist. 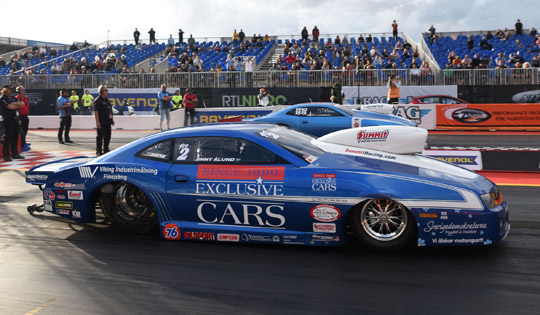 In Pro Stock, the numbers one and two qualifiers, Jimmy Alund and Bengt Ljungdahl, advanced to the final. In the first round the 9-time FIA European Pro Stock champion defeated Magnus Petersson, and after a bye run in the semi-final, Alund had to face Ljungdahl in the final. In an extremely close final, Alund took the win in 6.575 seconds. Ljungdahl was even quicker with 5.570 seconds, but had a worse reaction time. 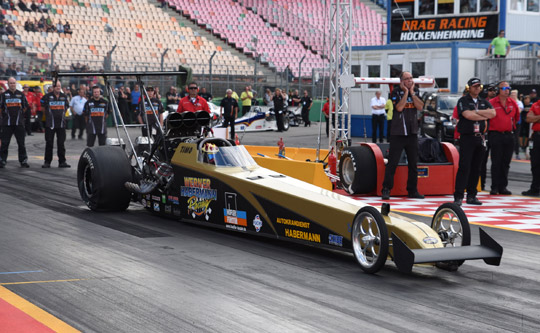 In Top Methanol Dragster number one qualifier Timo Habermann defeated his brother and reigning champion Dennis in the semi-final to advance to the final. Jndia Erbacher, daughter of multiple FIA European champion Urs Erbacher, surprised with a win over Jonny Lagg in the quarter final. In the semi-final, where she had a bye run, the Swiss rookie ran into problems in the burn out, couldn’t make a run and saw the dream of her first ever TMD final disappear. In a bye run Timo Habermann stormed to 5.31 seconds to take the win in the final.

The FIA European Drag Racing Championship continues next week August 26-28 with the Scandinavian Internationals at Tierp Arena in Sweden.

Link to the championships standings: https://www.dragracingeurope.eu/fiaedc/points-standings/

Link to the pit notes on eurodragster.com: