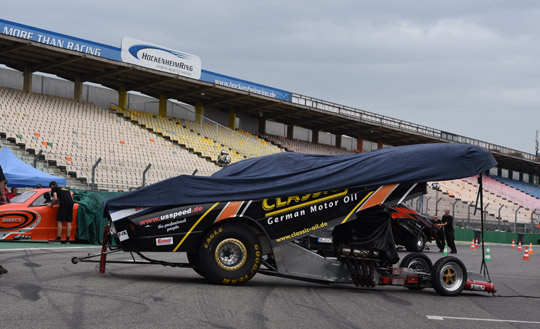 There was no racing in the FIA European Drag Racing Championship classes on day two of qualifying for the NitrOlympX at the Hockenheimring, Germany. Twice the Top Methanol Dragsters were ready to start their third qualifying session, when it started to rain again and the cars had to go back to the pits.

Eliminations for the NitrOlympX at the Rico Anthes Quartermile of the Hockenheimring will start tomorrow morning, August 21 at 9 AM.