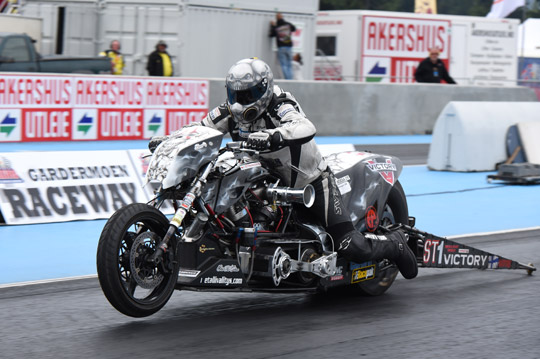 Just like on Friday, the second day of qualifying at Gardermoen Raceway was badly affected by the rain. Thanks to an early start, most EDRS Pro Nordic Motorcycle Championship classes could do one qualifying run before heavy rain came in at 12 AM and didn’t stop until 5 PM. The Gardermoen track crew did their very best for more than two hours, but when at 8 PM the track was still too damp, the race director had to cancel the second round of qualifying. 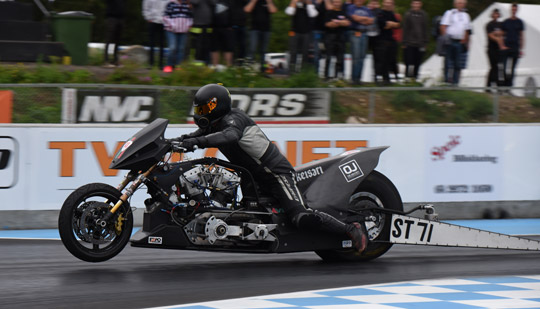 In Super Twin Motorcycle Samu Kemppainen had to make a good run as the Finn was disqualified after Friday qualifying for crossing the centre line. The reigning EDRS Pro Nordic MC champion did what he had to do and stormed to 6.61 seconds to take over the number one qualifying position from Friday leader Vesa Lipponen (6.85 seconds). Hans Olav Olstad was the third rider to break into the 6-second zone with 6.93 seconds and will enter eliminations from third position. 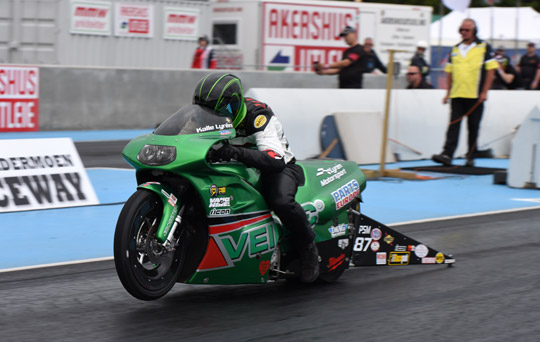 In Pro Stock Motorcycle Kalle Lyrén improved on his Friday performance with 7.09 seconds to claim the number one qualifying position. 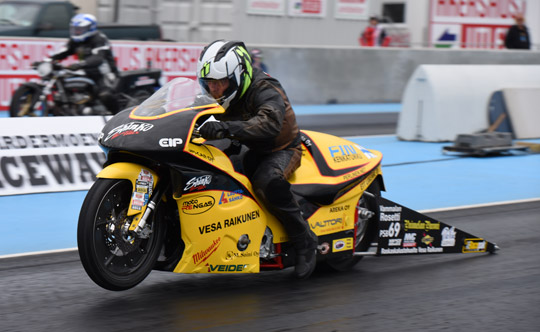 Timo Savolainen improved to 7.26 seconds and stayed in second position, with Thomas Olsen in third. Kenneth Holmberg was number four qualifier but had to withdraw from competition as the Swede suffered severe engine damage on Friday. 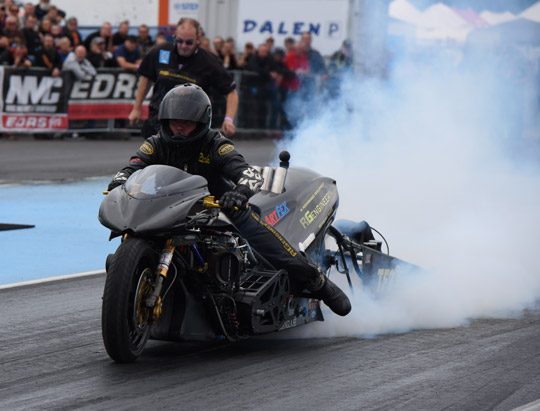 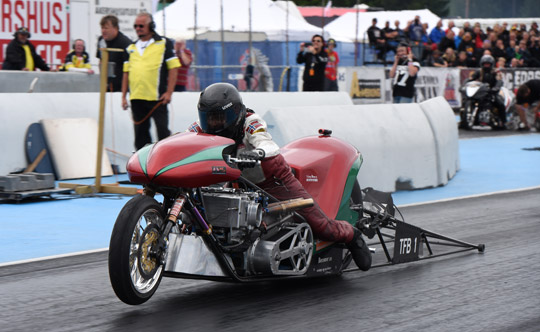 Jan Sturla Hegre and Thomas Pettersson were not qualified after the Friday run, but Hegre recorded 7.07 seconds to jump into second position while Pettersson’s 7.20 seconds was good enough to end qualifying in third position. 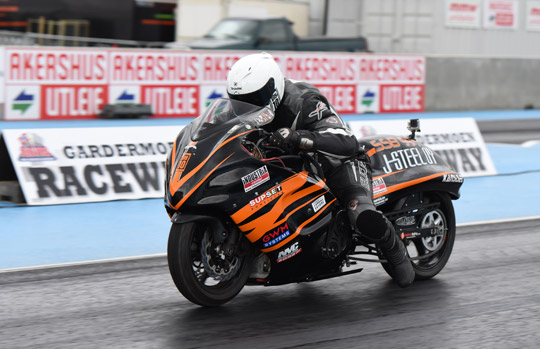 In Super Street Bike the top four stayed as it was after Friday qualifying. Henri Kolehmainen improved to 7.40 second and will enter eliminations as the number one qualifier. Anders Blanck is second, Vesa Ruhanen improved to 7.58 seconds and is third, while Emil Őstlund couldn’t improve on his Friday performance but stayed in fourth position. Alex Hope is fifth. 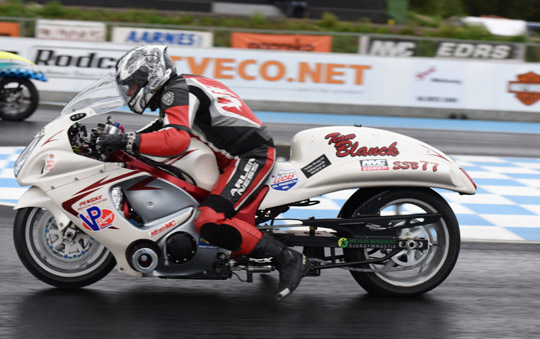 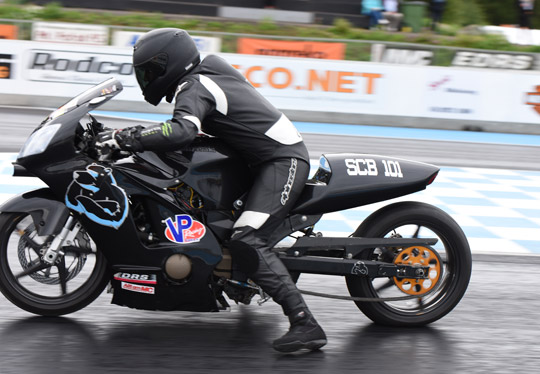 Eliminations for the Drag Challenge Grand Opening at Gardermoen Raceway will start Sunday morning at 8 AM!