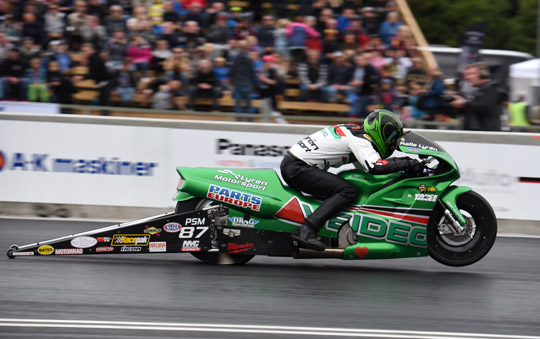 Rain brought an early end to the eliminations of the Drag Challenge Grand Opening, round three of the EDRS Pro Nordic Motorcycle Championship at the new Gardermoen Raceway. After the first round of eliminations, the rain that already badly affected the Friday and Saturday qualifying was back and after some short delays earlier on the Sunday, the race director had to cancel the Drag Challenge at 4 PM.

The weather was not with the racers and organisation this weekend at the Drag Challenge Grand Opening, the first race at the new Gardermoen Raceway and round three of the EDRS Pro Nordic Motorcycle Championship. After the Friday and Saturday qualifying was cut shot by the rain, the race director had to cancel the eliminations after round one. After some drizzle during the day that interrupted racing, heavier rain was back at 4 PM, and with a forecast of more rain to come, it was no use to delay the eliminations any further. 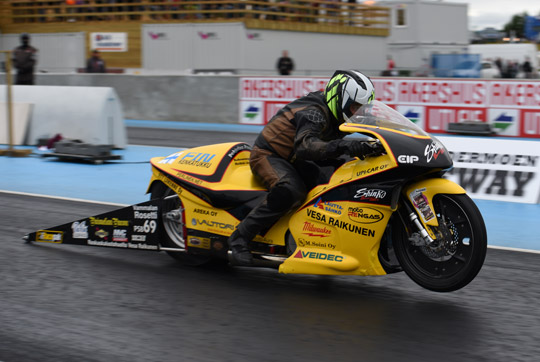 In Pro Stock Motorcycle Kalle Lyrén impressed once again with a stunning 7.049 seconds at 308 km/h in his first round against Bo Thorselius. As Lyrén had a bye run in the semi-final, the number one qualifier would have been in the final. As number two qualifier, Timo Savolainen and number three Thomas Olsen had a bye run in the first round, they had to face each other for a place in the final. But long before that race, the rain brought an early end to the eliminations. 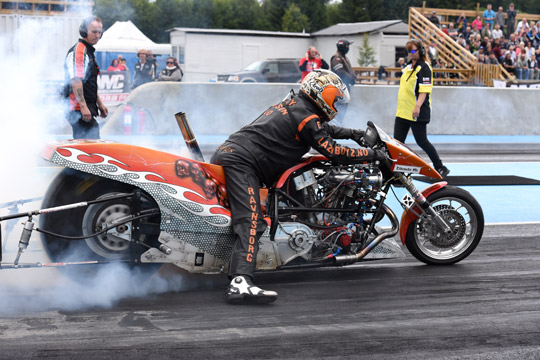 In Super Twin Motorcycle, the numbers one and two in the EDRS Pro Nordic Motorcycle Championship, Samu Kemppainen and Greger Johansson had to face each other in the first round. The Finnish championship leader stormed to 6.81 seconds and advanced to the semi-final. 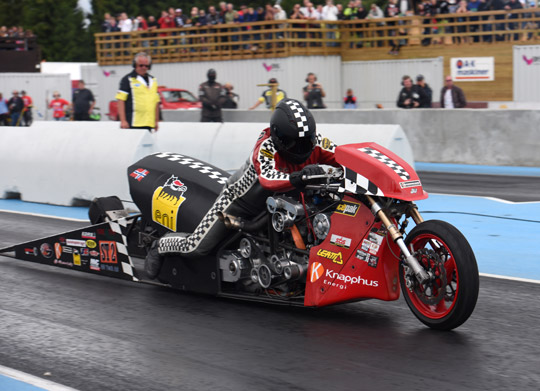 As Vidar Ravnsborg, Vesa Lipponen and Hans Olav Olstad also won their first round, the top four qualifiers were all semi-finalists. 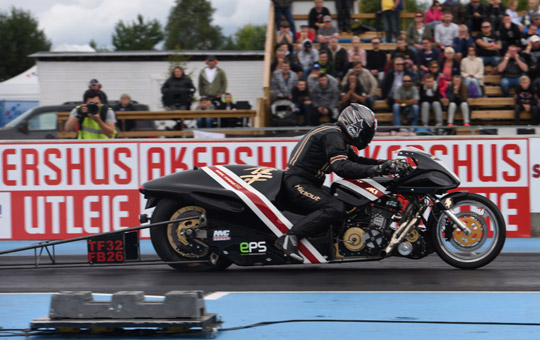 In Top Fuel Motorcycle, number one qualifier Rikard Gustafsson had to withdraw from eliminations with crankshaft problems. This handed Shaun Branch a bye run to the semi-finals and final. 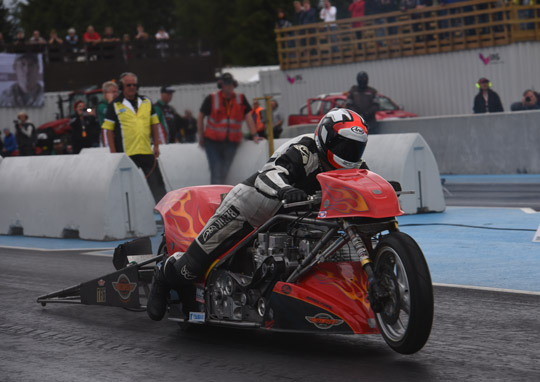 Jan Sturla Hegre and Sverre Dahl also won their first round and so the two Norwegian riders should have raced each other for a place in the final. 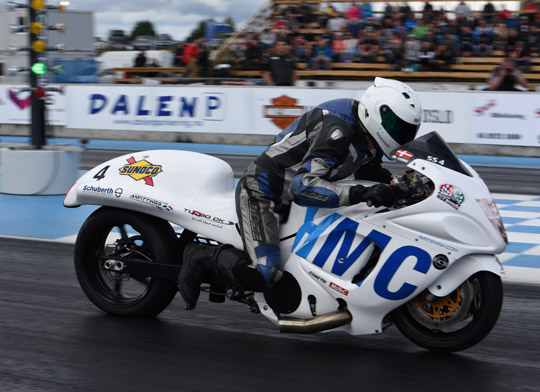 In Super Street Bike there were at least three major upsets in the first round of eliminations. The number four qualifier, Emil Őstlund was defeated by Mogens Lund, but even bigger surprises were Dag Wagenius who defeated Alex Hope, and number thirteen qualifier, Björn Friström who defeated number two qualifier Anders Blanck. 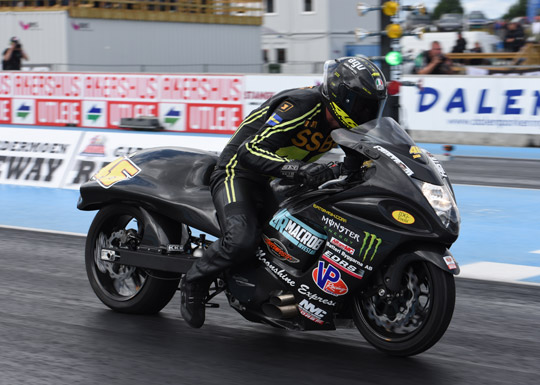 The other first round winners in the 16-bike field were Pelle Lakmaker, Vesa Ruhanen, Svein Ove Braendhagen and number one qualifier Henri Kolehmainen. The championship leader impressed with a great 7.29 second in his first round bye run. 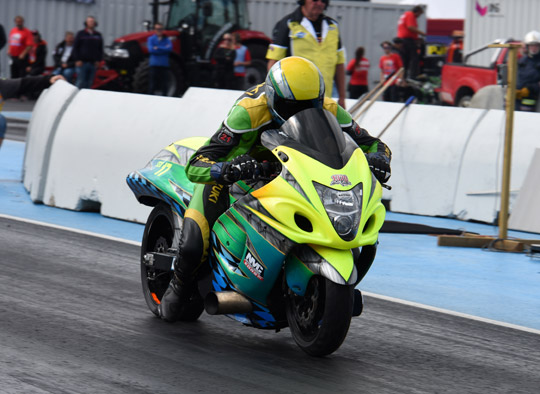 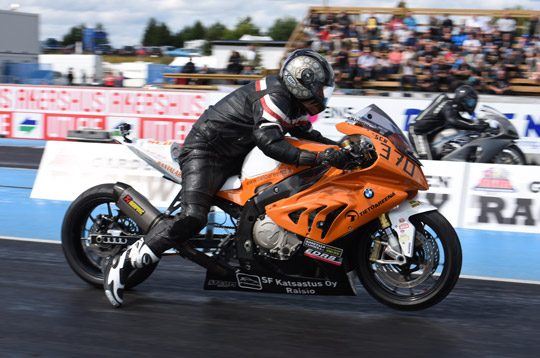 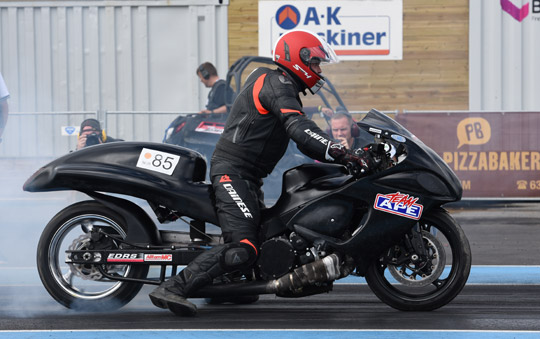