Orsa Raceway is a historic drag race track which was very famous in the 1980s. Probably most of the well-known drivers in the top of the FIA Championship today began their career at this track.

It is situated at an airfield in the middle of Dalarna surrounded by pine trees and sand dunes. A small but pleasant place. At this special time of year, June 24, we celebrate midsummer in Sweden, and it is obviously a big issue on the track too. Friday evening the traditional meal is served in almost every team in the pit, pickled herring with newly picked potatoes. The midsummer tree is to be raised and the dance around it can begin. 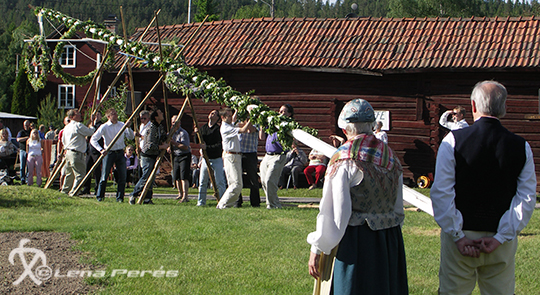 But the focus is on the drag racing these days 25-26th June. 143 teams have registered for the midsummer event so far. Obviously, the home team Larsson family is to be there, where the mother Annica and daughter Angelica Larsson will compete against each other. 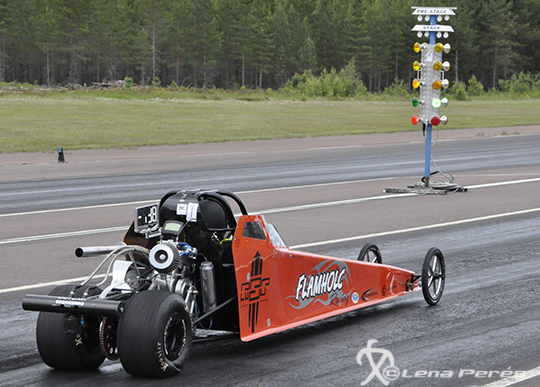 This is the sixth EDRS race of the year for junior dragster class and it is also the third in the Swedish championship. Simon Andersson was in the lead in the EDRS Central series until last weekend at Tierp, where Lucas Karlsson took the lead. But Simon is registered for Tallhed to defend its position. So far we cannot see that Lucas will compete in Orsa, but maybe he will be there. in the EDRS North Wilma Andersson is in  the lead before Pontus Garefeldt. An exciting weekend for the juniors and all racers off corse. Yasmine is also at site to amuse the juniors with her F.U.N.N. project.