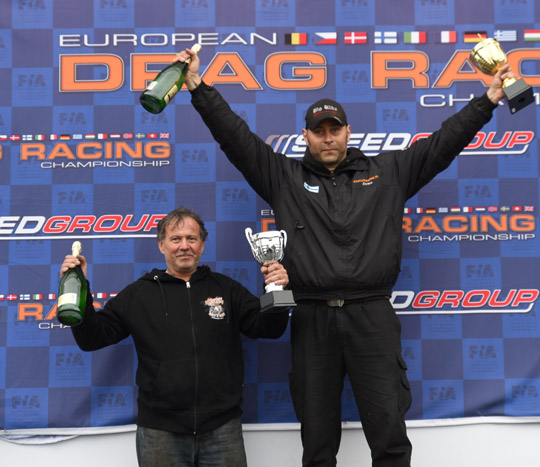 Reigning EDRS Pro Nordic MC Super Twin Motorcycle champion Samu Kemppainen impressed at the season-opening Tierp Internationals with another great win. In the final the Finn defeated Greger Johansson. As impressive was the Pro Stock Motorcycle win of Kalle Lyrén at Tierp Arena. Rikard Gustafsson and Henri Kolehmainen were the winners in Top Fuel Motorcycle and Super Street Bike at the first round of the EDRS Pro Nordic Motorcycle Championship.

Beautiful weather conditions at Tierp Arena at race day. In Super Twin Motorcycle Samu Kemppainen was in a class of his own. 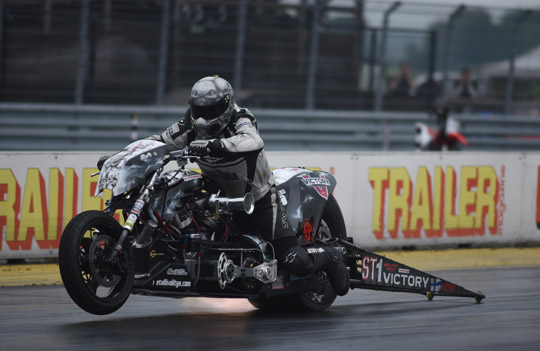 The reigning champion was the number one qualifier and with two 6.5-second runs advanced to the final. In the final the Finn had to face Greger Johansson who reached the final after defeating Roman Sixta and Hans Olav Olstad. In the final it was once again Kemppainen. In the fastest and quickest run of the day Kemppainen recorded 6.48 seconds to take the win. 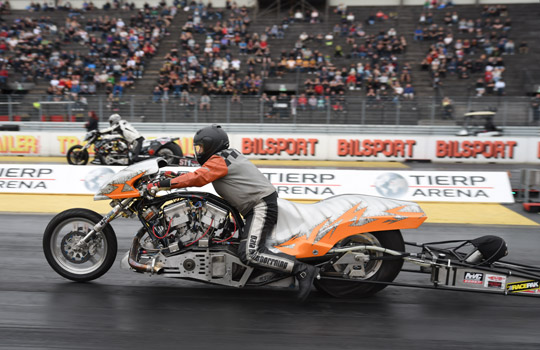 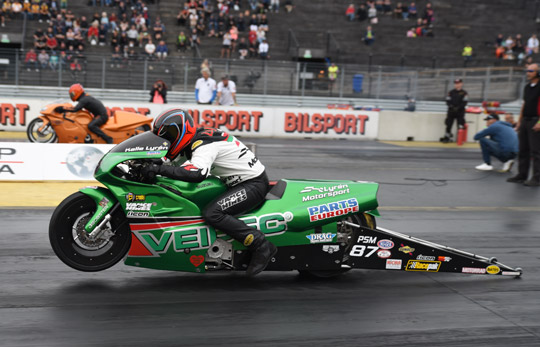 In Pro Stock Motorcycle Kalle Lyrén was the fastest rider all day. The number one qualifier had a bye run in the first round and defeated Timo Savolainen in the semi-final. In the final Lyrén had to face Thomas Olsen. After 7.02 and 7.01 seconds in the first two rounds, Lyrén recorded another 7.02 seconds in the final, to defeat Olsen. 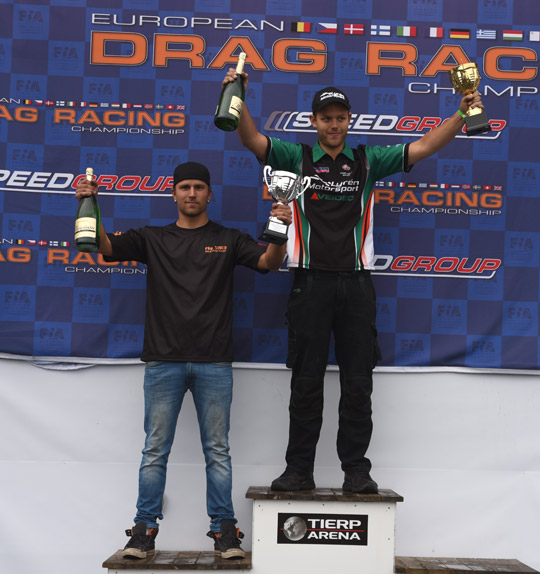 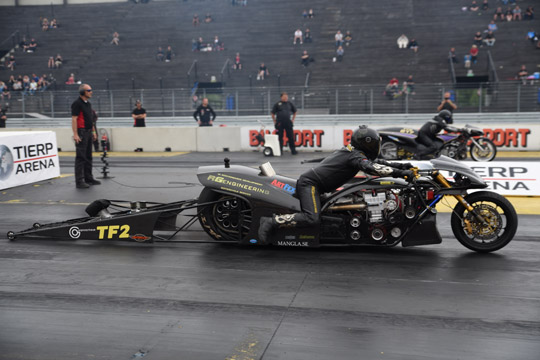 In Top Fuel Motorcycle Rikard Gustafsson defeated Peter Andersson in the semi-final and Thomas Pettersson in the final to take the win. The Swedish rider recorded 6.74 and 6.66 seconds to win the Tierp Internationals in this category. 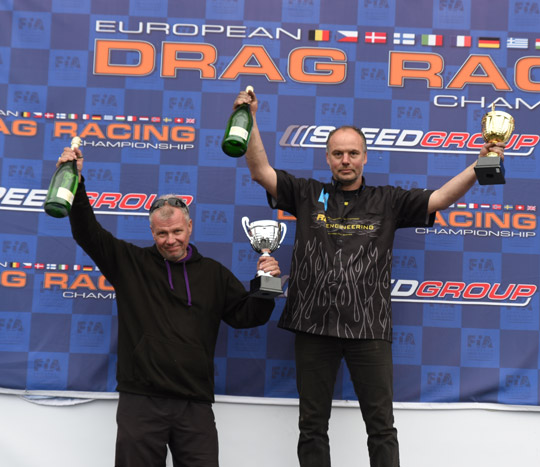 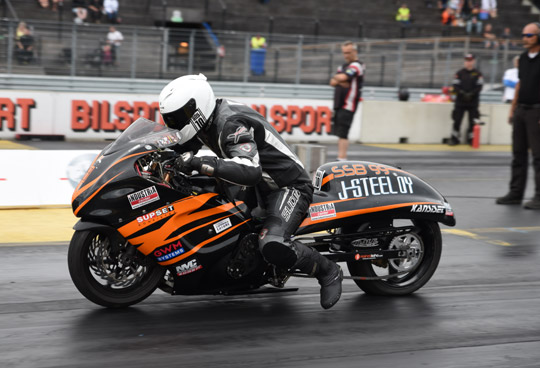 Henri Kolehmainen in the final

Eliminations in Super Street Bike were exciting and full of surprises. Alex Hope was one of the favourites, but pulled a red light in the first round and his race was over. Other favourites like Nils-Ola Andersson, Anders Blanck and Björn Friström ran into problems and were eliminated before the semi-finals. Richard Stubbins had no problems and after defeating Mogens Lund in the semi-final, advanced to the final. The same did Henri Kolehmainen after defeating Jonas Lundberg. Stubbins was the clear favourite to win the final, but as his motor failed to start, Kolehmainen had a bye run in the final and took the win. 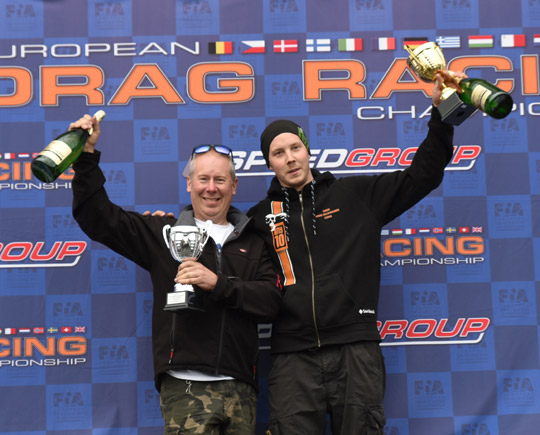 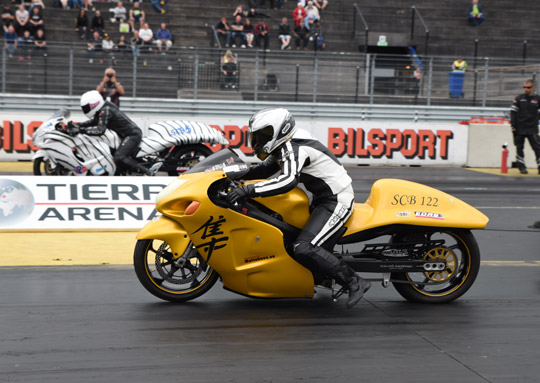 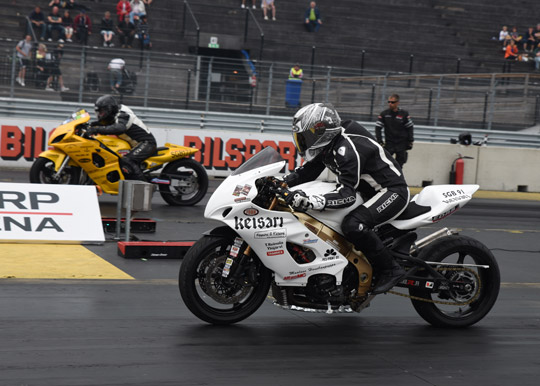