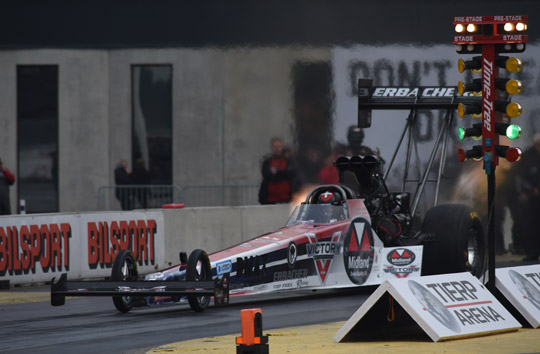 Urs Erbacher raced to the number one qualifying position in Top Fuel at the first day of qualifying for the Tierp Internationals, round two of the FIA European Drag Racing Championship. In Pro Modified Mats Eriksson jumped into the number one qualifying position in his second run of the day. With still two qualifying runs to go, Johnny Oksa (Top Methanol Funny Car), Chris Polidano (Top Methanol Dragster) and Jimmy Alund (Pro Stock) are the provisional leaders in their respective categories at Tierp Arena, Sweden.

After a long day of waiting, the rain finally stopped late in the afternoon and thanks to the terrific effort of the Tierp Arena track crew, qualifying could start at 5.30 PM and continued until 10 PM. That made it possible for all FIA classes to still do the two originally planned qualifying sessions. 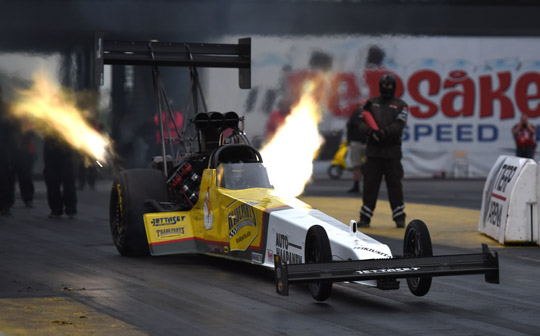 In Top Fuel Urs Erbacher from Switzerland stormed to the lead in his first run of the day. The multiple FIA European champion recorded 4.08 seconds, far better then expected at a ‘green’ and already cold track. In her second run Anita Mäkelä (4.46 seconds) jumped into the number two spot with 4.46 seconds, while reigning FIA European champion Micke Kågered (4.96 seconds) is third after day one. 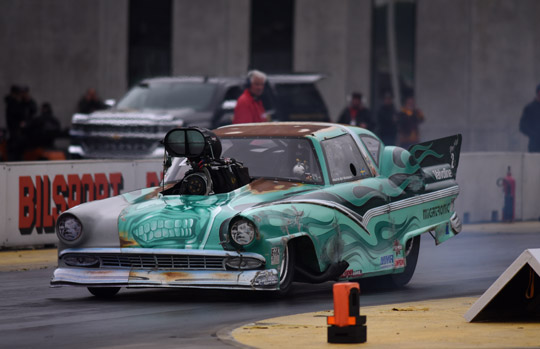 In Pro Modified Mats Eriksson from Sweden needed his second run to take the lead with 6.14 seconds. Johan Lindberg is second with 6.23 seconds, also from his second run of the day. 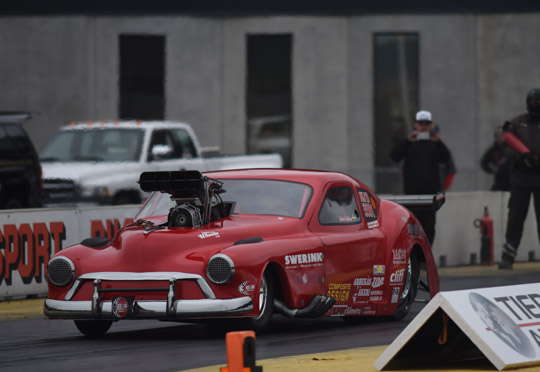 Ake Persson was the surprising leader after the first qualifying, but the Swede couldn’t improve on his earlier performance and is third in the Jonnie Lindberg tuned Camaro. Santa Pod Main Event winner Bruno Bader is fourth and David Vegter fifth. 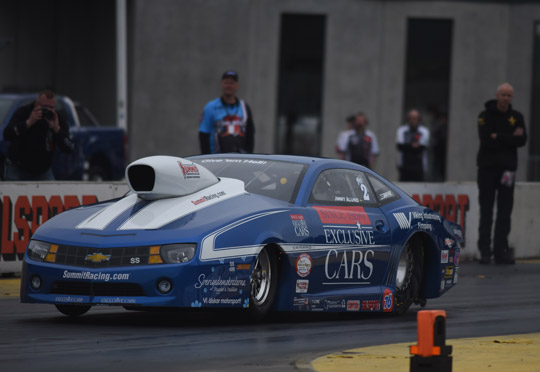 In Pro Stock Jimmy Alund is the provisional leader after day one with 6.65 seconds. The 9-time FIA European Pro Stock champion was second after round one, behind reigning champion Thomas Lindström (6.68 seconds). In his second run Bengt Ljungdahl improved to 6.66 seconds and is second, with Lindström third. 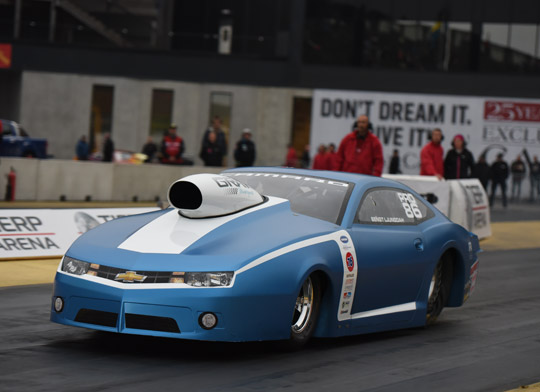 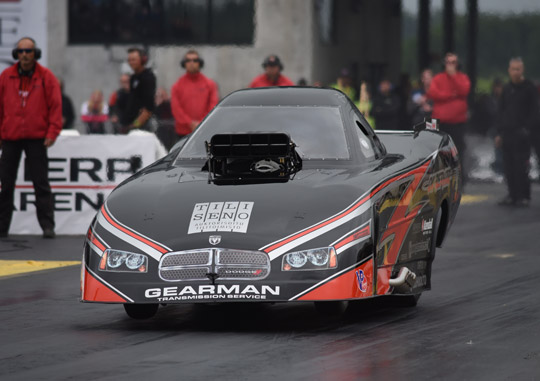 In Top Methanol Funny Car Johnny Oksa from Finland impressed with 5.80 seconds and is the clear leader after two runs. Mikael Larsson is second but with 7.37 seconds far behind the leading Finn. Jürgen Nagel from Germany is third. 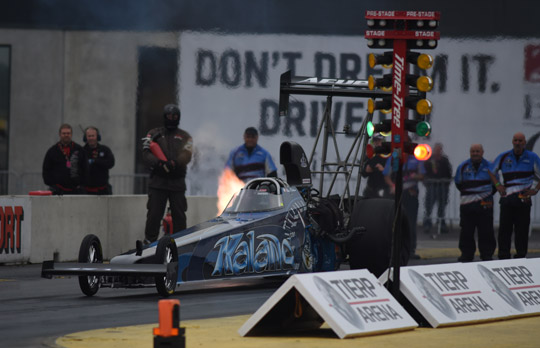 In Top Methanol Dragster Chris Polidano is once again in the lead (5.48 seconds), like the Maltese driver also was at Santa Pod. Jonny Lagg from Sweden is second.