Samu Kemppainen raced to the number one qualifying position in Super Twin Motorcycle at the first day of qualifying for the Tierp Internationals, the season-opening round of the EDRS Pro Nordic Motorcycle Championship. In Pro Stock Motorcycle Kalle Lyrén needed his second run to take over the lead, while in Top Fuel Motorcycle Rikard Gustafsson and in Super Street Bike Richard Stubbins are the leaders at Tierp Arena with still two qualifying runs on Saturday to go.

After a long day of waiting, the rain finally stopped late in the afternoon and thanks to the terrific effort of the Tierp Arena track crew, qualifying could start at 5.30 PM and continued until 10 PM. That made it possible for all EDRS Pro Nordic Motorcycle Championship classes to still run the two originally planned qualifying sessions for the first race of their season. 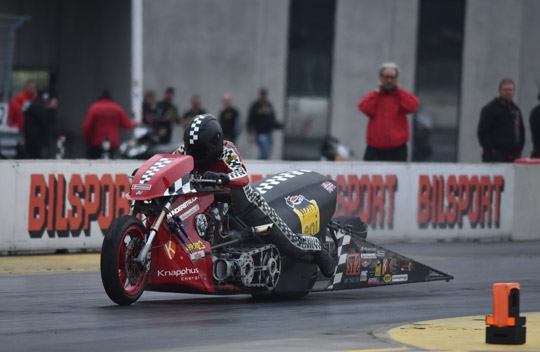 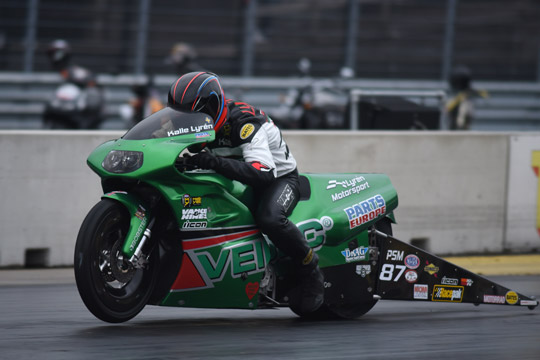 In Pro Stock Motorcycle Kalle Lyrén had problems at the start line in his first run, but the Veidec rider bounced back with 7.50 seconds in his second run to take over the lead from Ellsa Karlsson. Because almost all riders hit problems, Karlsson is still second with 10.30 seconds and Timo Savolainen from Finland third with 11.50 seconds. As expected Rikard Gustafsson is the clear leader in Top Fuel Motorcycle with 6.86 seconds with Thomas Pettersson in second (7.60 seconds). In Super Street Bike Richard Stubbins is the leader with 7.45 seconds from his first run of the day. Last year, the SSB rider from England was in a class of his own, but this time number two qualifier Anders Blanck is only 0.004 seconds behind the leader and is the provisional number two. Henri Kolehmainen from Finland is third and Mogens Lund from Denmark fourth. 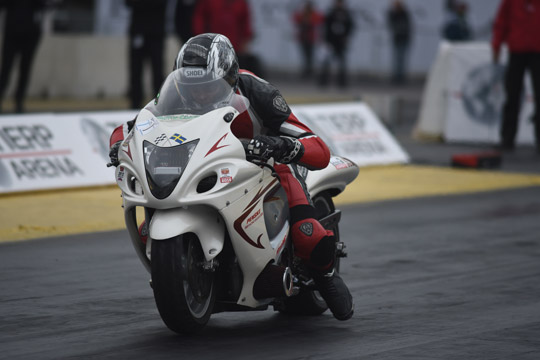 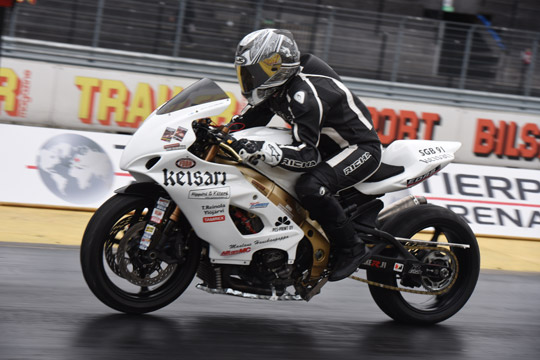