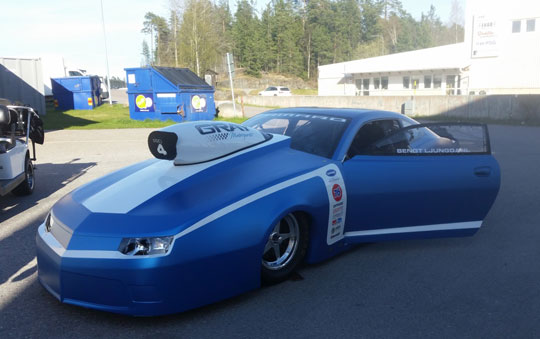 Bengt Ljungdahl joined the Pro Stock championship in 2014 with races at Alastaro and Tierp Arena. Two further FIA events followed in 2015. The team’s determination to run with the leaders was underlined over the closed season by the purchase of a Gray Motorsports 2015 Camaro. After testing at Tierp, Ljungdahl Racing are ready for a full season in the 2016 FIA European Pro Stock Championship.

Sweden’s Bengt Ljungdahl joined the ranks of the Pro-Stock championship in 2014 having purchased Michael Malmgren’s Pontiac GTO. With the financial problems at Tierp during that year, Bengt ran at Alastaro and the August Tierp event. It is probably fair to say that 2014 was a learning season for the team as they got to grips with Pro Stock, and were limited to two FIA events. 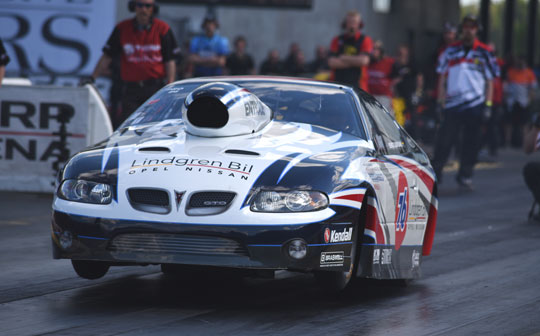 Two further FIA events in 2015 followed, but the team were unable to qualify at either. The advances made by the top four or five teams in European Pro Stock coupled with the extensive experience of the remaining teams made it very difficult for the Ljungdahl team to get into the field. A determination to qualify, and run with the leaders was underlined over the closed season by the purchase of a Gray Motorsports 2015 Camaro, in which Bengt has achieved a personal best of 6.517 at 210 mph. That is the kind of number that is going to put serious pressure on the leading teams. 6.5 wins races on both sides of the Atlantic! 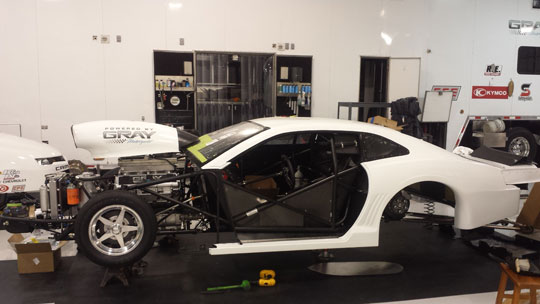 The team consists of Bengt himself as owner, and driver, whilst between rounds having responsibility for the engine and rear suspension crew.  Christer Ilar works with the clutch and gearbox, whilst overseeing the whole operation is Crew Chief Markus Svensson. This core team have developed over the recent years and have experience in NHRA and FIA competition. The underlying serious intentions of the Ljungdahl team seem to be coming together.

The team has invested in trucks and tractor units to haul the Camaro around the European circuit and they plan on running at every event this year. Sponsorship is from Kinnan, Entrade, Safety Alarm, Varmt & Skönt, Däck partner and Lindgren Bil

Bengt ran a 6.52 at 211 mph in testing at Tierp proving that the team really have a handle on the car and mean business for the 2016 season. The teams ambitions are cautiously optimistic “the car can run at the top” says Bengt, “so now it is up to us, we have a lot to learn to catch up to our competitors, but with hard work, we are sure we can reach our goals”.