Even though it was a pretty cold weekend at Malmö Raceway the racing was still excellent. 73 teams showed as well as a few FIA teams using the weekend for testing. Among all we found Johan Lindberg testing his new team and the Old 51 before going to Main Event in England. 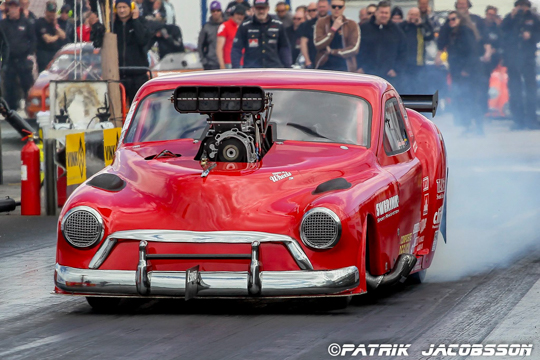 -The weekend was OK, says Johan. We had to fix some small issue before I entered the car. But at least we got four rounds this weekend.

No ET to count on at this stage but some driving experience in the Old 51 that isn´t so new on the tracks, but new for Johan. He is the third driver since it first came out 1998. 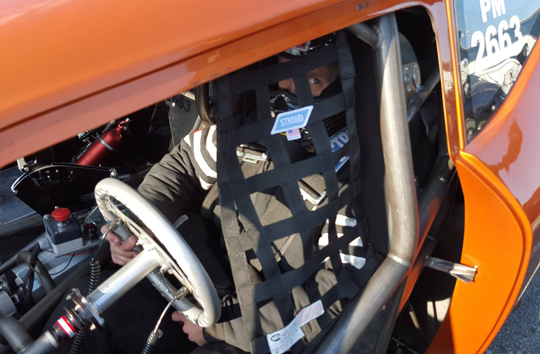 A Pro Modified driver that did some rounds at the track was Andreas Artursson in his beautifull Chevelle -69. He broke the engine at Tierp test weekend, but with some help he got it back together and could go all the way to Malmo from Avesta for some testing again. 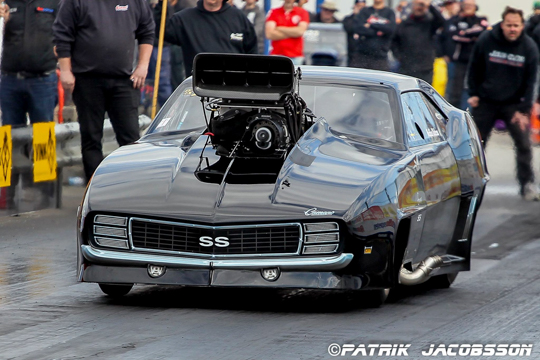 Another driver that we dearly welcome back on the track is Mattias Wulcan. He is, this season, racing in the Top Doorslamer class. And this talent driver took the first win in the series.

-We have had a very good weekend here at Malmö, says Mattias to the local newspaper Corren.

Best ET at the 1/8 mile was a PB at 3.82 sec and the team are very happy to be back after a tough year off the track. Mattias recovered remarkably quick after his bad crash last year at Tierp Arena, and now he is behind the wheel again in a new car shipped from US.

All in all the event was much appreciated with a well prepared track.

-We are satisfied with the event, says Åsa Johansson, vice president in the SRIF. There was some small issues we have to take care of to next event, but nothing major and all went well.

Thanks to Åsa Johansson, Yasmine Bengtsson and Patrik Jacobsson for all assistance during the weekend.