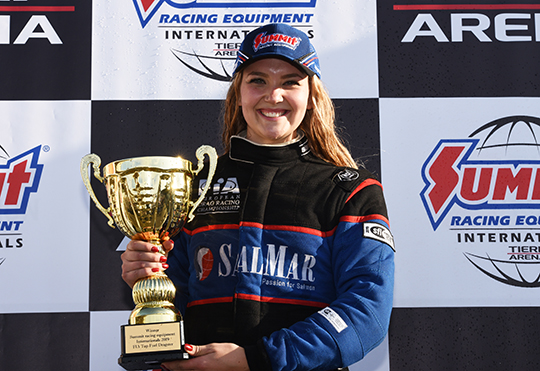 Maja Udtian raced to victory in the Top Fuel final of the Summit Racing Equipment Internationals, round five of the FIA European Drag Racing Championship at Tierp Arena in Sweden. It was the first win for the 21-year-old racer from Norway in her first full season in the championship. Udtian also reset the European elapsed time record in eliminations and defeated reigning champion Anita Mäkelä in an exciting all-female final. In Pro Modified Michael Gullqvist claimed the victory after elimination rounds full of major upsets. In Top Methanol championship leader Sandro Bellio extended his lead with a win. In Pro Stock Robin Norén upset with a win in the final over championship leader and 10-time European Pro Stock champion Jimmy Ålund.

It was a great day of racing at Tierp Arena with many major upsets in eliminations and several surprise winners at the Summit Racing Equipment Internationals, round five of the FIA European Drag Racing Championship. 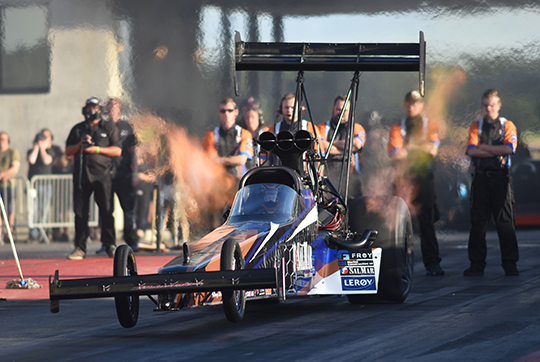 In Top Fuel Maja Udtian, the number four qualifier, advanced to the semifinal after defeating Dennis Nilsson in the first round. In the semifinal the 21-year-old Top Fuel rookie from Norway had to face Jndia Erbacher, the number one qualifier. Udtian stormed to a stunning 3.816 seconds to reset the one day old European elapsed time record of Erbacher. 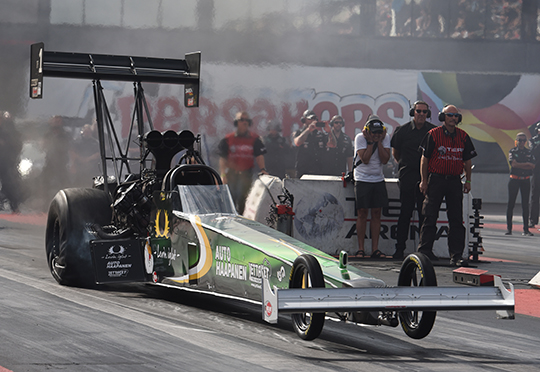 On the other side of the elimination ladder Anita Mäkelä, the championship leader and number two qualifier, defeated Mikael Kågered in the first round and had a bye run in the semifinal as first round winner Liam Jones suffered severe engine damage and couldn’t come back for the semifinal.

Thus in the final Mäkelä and Udtian, the numbers one and two in the championship, had to face each other for the second consecutive all-female final. In a very close final Udtian claimed the win in 3.88 seconds over the 3.91 seconds for Mäkelä. 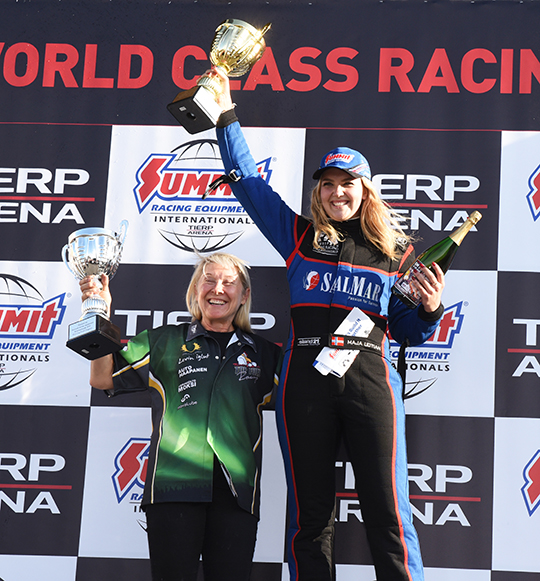 It was the first Top Fuel victory for Udtian in her first full season in the quickest and fastest category of the FIA European Championship. 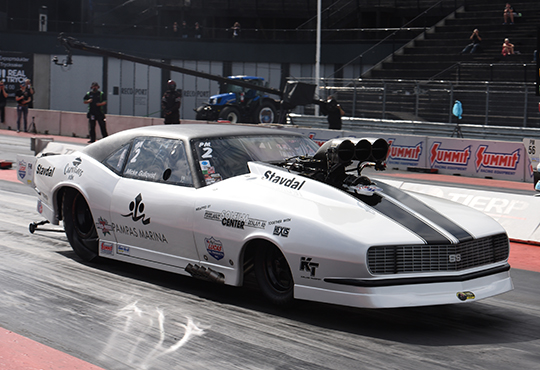 The first round of eliminations in Pro Modified was full of upsets as reigning champion Jimmy Ålund and last year’s winner Andreas Arthursson ran into problems and were both defeated. The next upset was in the second round when championship leader and number one qualifier Jan Ericsson suffered mechanical problems in the burn out and couldn’t start his run. After some more exciting runs Roger Johansson, David Vegter, Michael Gullqvist and Jere Rantaniemi advanced to the semifinals. This time it was Vegter’s turn to run into problems and the Dutch racer was defeated by Johansson. In the other semifinal multiple champion Gullqvist once again proved his consistency and took the win over Rantaniemi in 5.84 seconds.

In the final Gullqvist, the number two qualifier, recorded his third consecutive 5.84 seconds to claim the win over Johansson. With his victory Gullqvist is also the new leader in the championship. 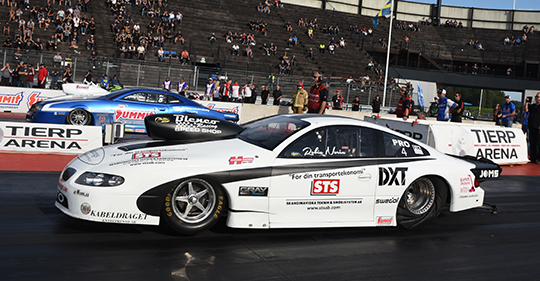 The eliminations in Pro Stock were also full of upsets. In the first round reigning champion Bengt Ljungdahl was defeated on a holeshot by number seven qualifier Robin Norén. The driver from Sweden was also too quick for Sampsa Palos in the semifinal to advance to the final for the second consecutive race this season. On the other side of the elimination ladder Jimmy Ålund, the number one qualifier, was extremely quick and advanced to the final after a win in the semifinal over Michael Malmgren. 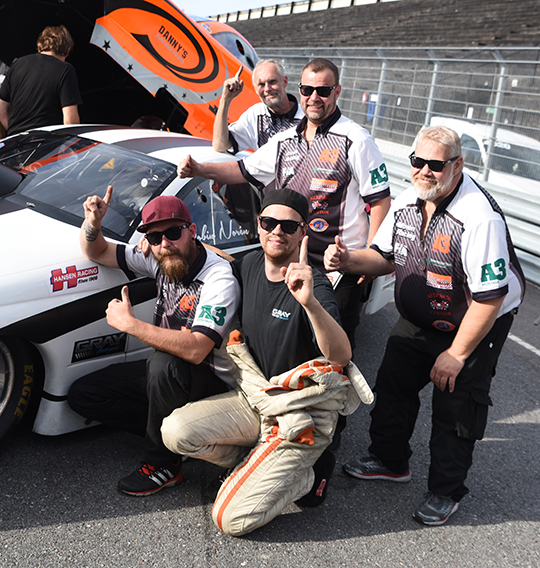 In the final championship leader Ålund was the clear favourite, but it was Norén who claimed the win in 6.62 seconds over 6.67 seconds for Ålund. It was the first victory of the season for Norén. 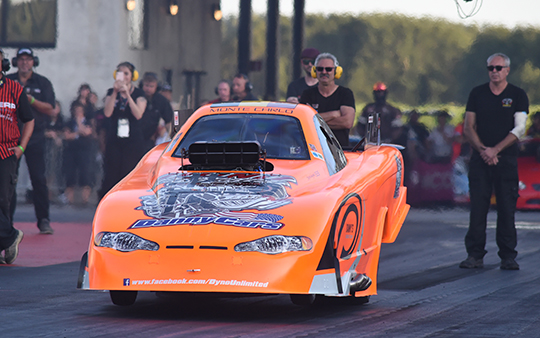 In Top Methanol the numbers one and two qualifiers, Jonny Lagg and Sandro Bellio, made no mistakes and both advanced to the final. Lagg had a bye run in the first round and defeated Daniel Jedborn in the semifinal. Bellio improved on his qualifying performance with two 5.51-second runs to defeat Ari Pietilä and Mikael Larsson.

In the final Bellio stepped up to 5.50 seconds to claim the win over Lagg. With his third win of the season Bellio extended his lead in the championship over number two Lagg.

Points standings after round 5: https://www.dragracingeurope.eu/fiaedc/wp-content/uploads/sites/2/2019/03/FIA-POINTS-2019-RD5.pdf