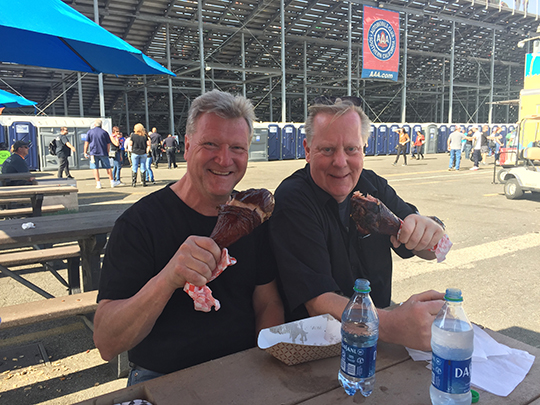 The name Tony Bryntesson will not immediately ring a bell for the latest generation of drag race fans in Europe, but it will for the die-hard fans from the 1980s and 90s. After a career in several categories up to Top Fuel, the Swede made his last quarter mile runs in 1995 before switching to circuit racing and starting his own team in the V8 Thunder Car Series. But as has happened so many times before, the attraction of nitro and the quarter mile came back and thanks to Jonny Lagg, after a 25-year break, Bryntesson will be back in action and again in a nitro car, an A-Fueler in the FIA European Top Methanol Championship.

Tony Bryntesson started his career in drag racing in the Pro Comp category, stepped up to Top Methanol Dragster and then switched to Top Fuel, finishing as the runner-up in the 1991 and 1994 European Top Fuel Association Challenge, the forerunner of the FIA European Top Fuel Championship. At the end of the 1995 season, Bryntesson quit drag racing to start a new career in circuit racing in the popular V8 Thunder Cars with his own team Bryntesson Motorsport Engineering.

“Yes, 1995 was my last season in drag racing and I started racing in the V8 Thunder Cars. I raced those cars to 2006. After that I started working on a new car type we introduced in Scandinavia. A tube chassis car with different USA bodies on, like the Chevy Camaro, Ford Mustang and Dodge Challenger. We built them in the USA and assembled them in my shop in Sweden. Between 2009 and 2019 we made 90 cars to market. During that time I also ran my own race team with four Swedish Championships between 2014 and 2019,” Bryntesson said about his successful years in circuit racing. 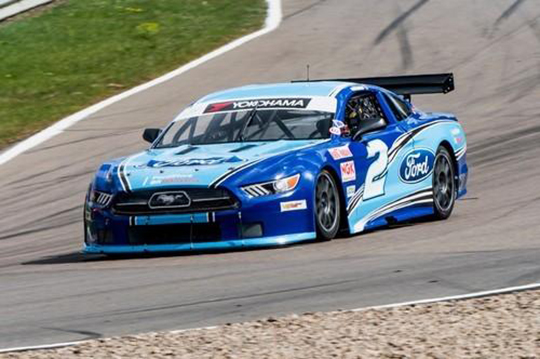 But now, after 25 years, the Swede will make a comeback in drag racing. “Honestly, I did not follow drag racing so much. The last two years I started to go to some races in the USA and Tierp. The idea of a comeback became reality because Jonny Lagg had three A-Fuelers and wanted to sell two of them. One went to Daniel Jedborn and then Jonny and I started to talk about his third car. Then I decided to give it a shot! A lot of the credits go to Jonny as this guy is working his butt off to increase the TMD field in Europe.” 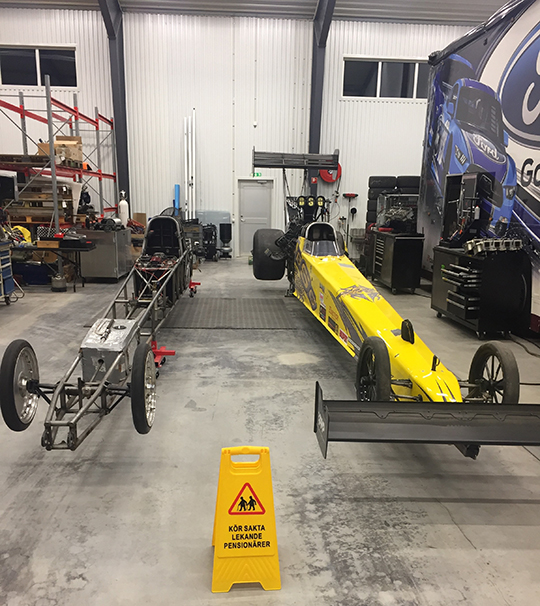 The car is a Hadman chassis that has been back halved some years ago. Before the car came to Sweden, it raced in the USA in the Top Alcohol Dragster category. “I also bought Stefan Gunnarsson’s complete Top Fuel operation, the truck and trailer not included, as these were bought by Jonny Lagg. I will use spares from that car for the A-Fueler and everything else will be for sale. I will focus on A-Fuel. These days Top Fuelers are so sophisticated and need a lot of work and a trailer full of money, so that was not in my thoughts. But I still love nitro, so A-Fuel could be the thing to run and have a lot of ‘Bang for the bucks’. Speeds have increased so much during the years in TMD that they are at the same level as my Top Fueler back in 1995! And it is really fun to have three A-Fuelers from Sweden.”

The three Swedes will run under the A-Fuel Team Sweden banner. “Jonny Lagg will run the whole FIA European Championship, Daniel Jedborn will start his season at the first Tierp event and then do the rest of the series. I hope to run the whole FIA series, but we will see if the first Santa Pod race is possible. We will do everything we can to make it happen. I love to be back at the Pod after 25 years! But with all this coronavirus problems, we are not sure what will happen. My first plan was to renew my licence in the USA, but now we are not sure. We have to wait and see what happens with corona!” 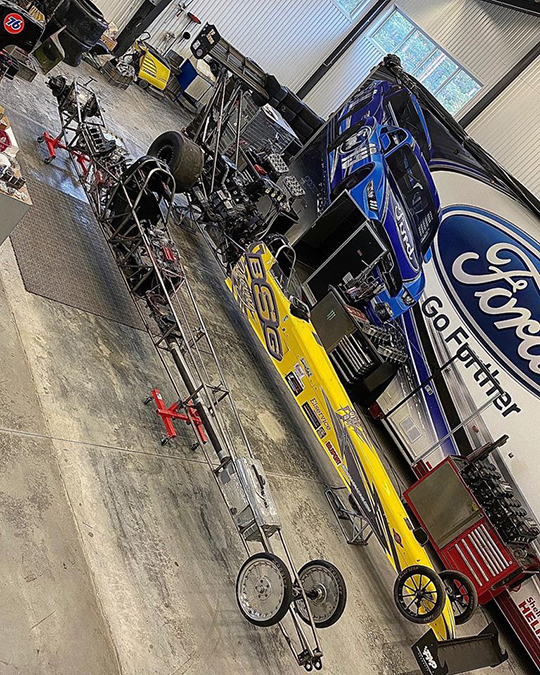 With Krister Johansson and Jerry Darien, A-Fuel Team Sweden has two great tuners. “Krister and Jerry will have a big part in this. Krister is Mr. A-Fuel in Europe and his main focus will be Jonny, but he will come over to me as well and swing his ‘magic touch’. I will also get great help from Daniel Jedborn.” And if that’s not enough, Bryntesson will also spend some time in circuit racing. “I own two Ford Mustangs that will participate in the V8 Thunder Cars in Scandinavia. I’ll not be there as a team owner, but more like an advisor.”

And what are the expectations for his comeback season? “This year will be to put the team together, watch and learn. Then in 2021 we will not be last! Sponsors that we will cooperate with are NGK Spark Plugs, Café Bar, Bilsport Magazine and hopefully more will follow.”