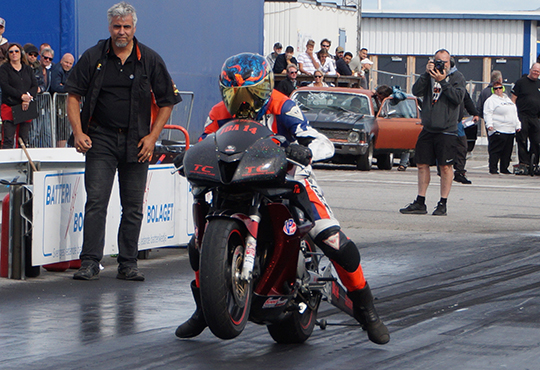 From the very first moment Tim Christensen started drag racing, he had the dream of racing in the Pro Stock Motorcycle category. In 2019 Tim claimed the Swedish Junior Drag Bike Championship and the 14-year-old rider saw his dream come closer by acquiring Kenneth Holmberg’s championship winning Pro Stock Motorcycle. Next year Tim will compete in the JB-Pro category as the Swedish motorcycle association (SVEMO) have given him the dispensation to step up a class because of his talent. If everything goes according to plan, Tim will make his Pro Stock Motorcycle debut in 2021, the year he turns 16. 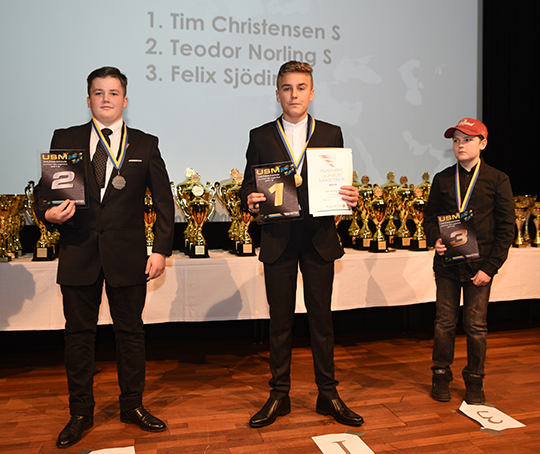 Tim Christensen started racing Junior Drag Bikes in 2017 and immediately claimed some race wins, to add some more victories to his record book in 2018. This season, 14 years old, Tim claimed the Swedish Junior Drag Bike Championship and also finished third in the German Championship after claiming the runner-up position at the NitrOlympX at Hockenheim. Not a bad start of a career that has to lead to the Pro Stock Motorcycle category, Tim’s ultimate dream when he started racing drag bikes. 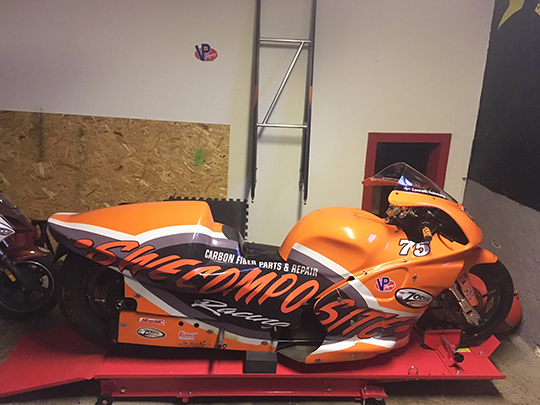 That dream came a big step closer with acquiring Kenneth Holmberg’s EDRS Pro Nordic MC winning Pro Stock Motorcycle. Kennet Christensen, Tim’s father, about this next step in his son’s career: “Yes, Tim is the new owner of Kenneth Holmberg’s Pro Stock Motorcycle. Tim is 15 years old next year and his dream is and has always been to compete in Pro Stock Motorcycle. So we want him to have an opportunity to start training on handling this motorcycle already next year. We have applied to SVEMO to upgrade Tim’s licence to JB-Pro, where the class index is 6.50 seconds and the security breakout is 5.60 seconds at 201 meters. This is because we want to be able to get the same start as this class of motorcycles, but at the same time eliminate the risk that he is riding below the index or needing to brake hard just before the finish line. Lyrén Motorsport, Kalle and Roger, will also assist and support Tim during this training phase. They will also build the engine for this bike. We bought the complete motorcycle, except the engine and gearbox. If Tim gets a year training on this bike, then hopefully we can start in the Pro Stock Motorcycle class in 2021, the same year that Tim turns 16.” 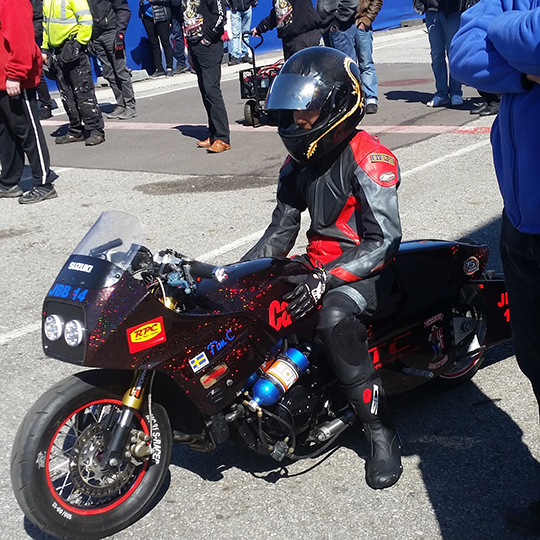 There are several reasons why Tim prefers the Pro Stock Motorcycle category above anything else. When Tim started to race in Junior Drag Bike, he did it on Elvira Karlsson´s old junior bike, a Suzuki GSX 400 that was built exactly as a small Pro Stock Motorcycle. Tim claimed the 2017 EDRS Championship title the first year on this bike and he just loves this style of motorcycles. And the first time he saw a Pro Stock Motorcycle, he fell in love and told his father that ‘one day I will ride a bike like this’! 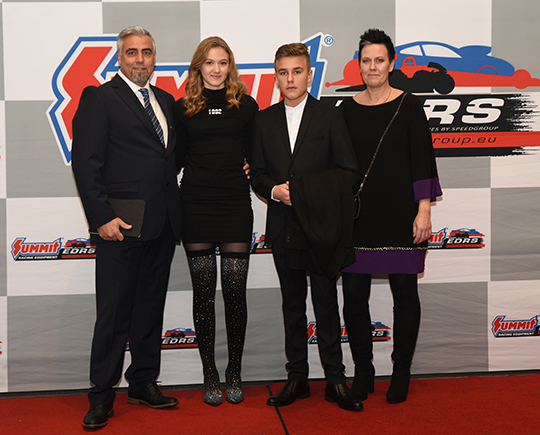 Looking at his parents’ history, it’s no surprise that not only Tim, but also his sister Tindra ended up in motorsport. Dad Kennet restored American muscle cars, was one of the founders of Skåne Racers Non profit Association and one of the driving forces behind the start of Malmö Raceway. His wife Lotta has the same interest in engines and he met her in the time she worked at GoKart City in Malmö. As a real drag racing family they form TC Drag Racing, were TC stands for Tim Christensen and Tindra Christensen, and they travel all over Sweden, Norway, Denmark and even Germany to compete in as many races as possible. 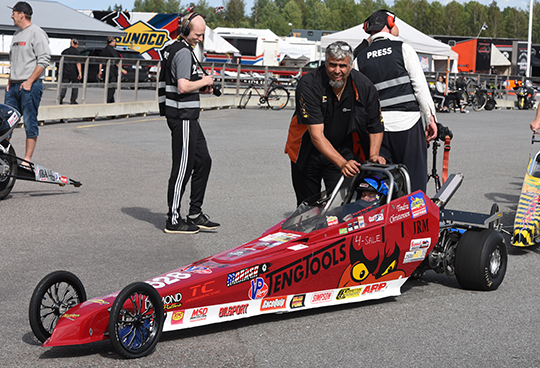 Tim races with motorcycles, but his 16-year-old sister Tindra is very successful in Junior Dragsters. Tindra has been on the podium for three consecutive years, 2017, 2018 and 2019, both in the Swedish Championship Series and in the Summit Racing EDRS Series. With these results she made history as no one else has done this before. She also advanced to the quarter finals of the NitrOlympX, where she was defeated by Lara Bartlett, winner of this year’s Hockenheim race. 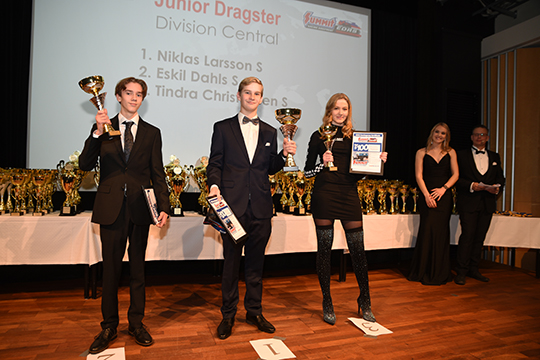 In 2020 Tindra will step up from Junior Dragster to Super Comp and Super Pro ET. As you read this article, the TC family team are looking for a big dragster over in the USA to bring home to Sweden. Tindra has told her father that ‘one day I will drive a Top Fueler’! The kids have big plans and a big heart for drag racing. Stay tuned and in the near future when you read about TC Drag Racing, these kids might be racing in the big pro classes! 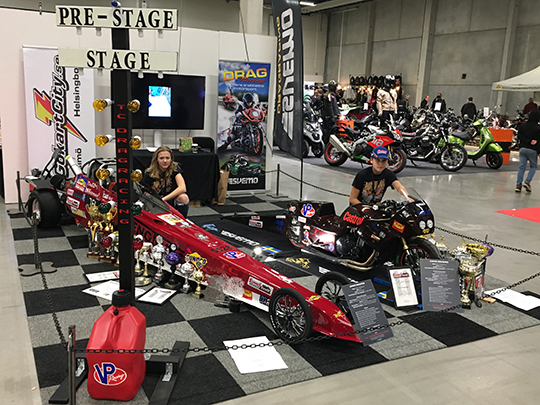 If you or your company would like to support TC Drag Racing or want more information see: www.tcdragracing.se