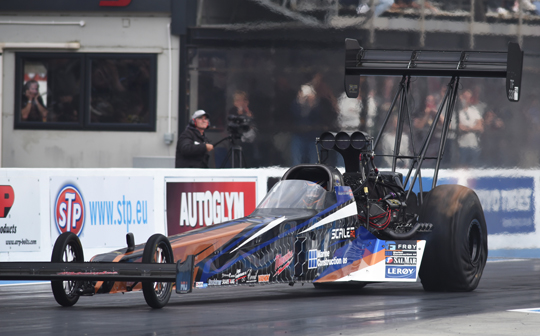 Maja Udtian (Top Fuel), Sandro Bellio (Top Methanol) and Jimmy Ålund (Pro Modified and Pro Stock) claimed the number one qualifying positions at the  European Finals at Santa Pod Raceway in England and will lead their respective categories into Sunday’s eliminations at the sixth and final round of the 2019 FIA European Drag Racing Championship. With her 3.806 seconds Udtian also reset her own European Top Fuel elapsed time record from two weeks ago at Tierp.

It was a stunning second day of qualifying for the European Finals at Santa Pod Raceway. In Top Fuel the European record was reset, while Pro Modified qualifying was absolutely great with two drivers in the 5.7 seconds and numerous improvements compared to the first qualifying sessions and many changes in the qualifying order. 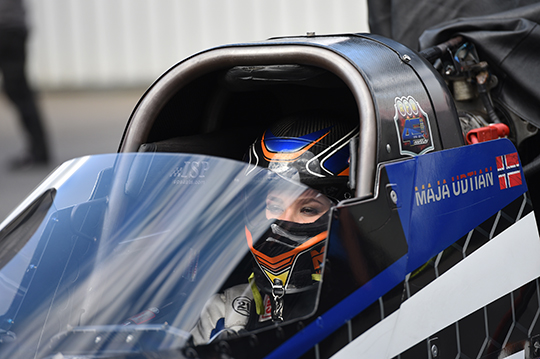 After Maja Udtian had to skip the first day of qualifying due to mechanical problems, the 21-year-old driver from Norway bounced back in the final run of the day with a stunning 3.806 seconds at 315.52 mph. 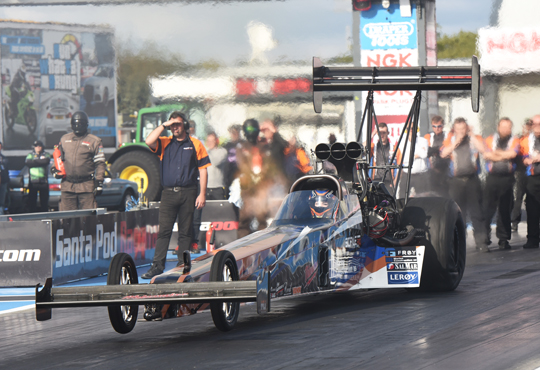 With this elapsed time Udtian reset her own European record from two weeks ago in Tierp (3.816 seconds) and also claimed the number one qualifying position. Behind Udtian the qualifying order changed dramatically compared to yesterday. 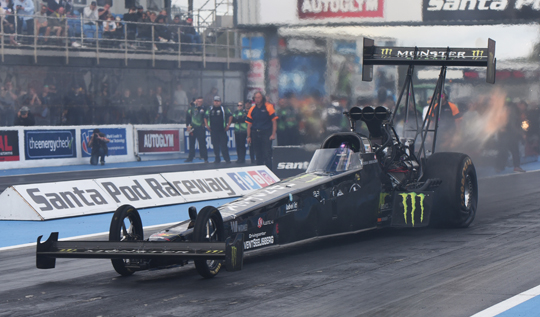 Jndia Erbacher stormed to a great 3.88 seconds to claim the number two qualifying position, while Anita Mäkelä couldn’t improve on her Friday performance (3.903 seconds) and dropped from first to third position. 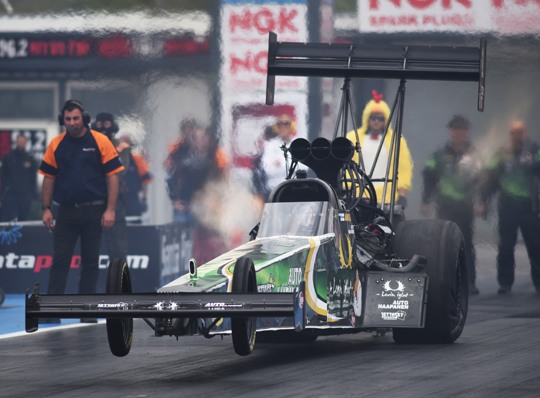 With this qualifying order the numbers one, two and three positions were all claimed by female drivers! Tethys improved to 4.08 seconds and is the number four qualifier. Patrik Pers improved and is the number five, while Stig Neergaard couldn’t improve on his Friday performance and dropped from second into sixth position. Susanne Callin is seventh and Liam Jones eighth. Udtian, the number two in the championship, will have to face Jones in the first round of eliminations, and leader Mäkelä will have to face Neergaard. 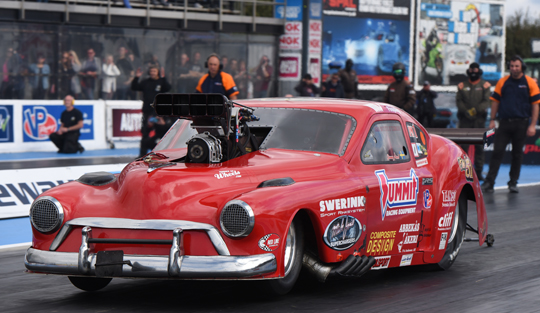 Qualifying in Pro Modified was absolutely stunning. In his first run of the day Jimmy Ålund, yesterday’s number two qualifier, improved to a stunning new personal best of 5.780 seconds to claim the number one qualifying position. 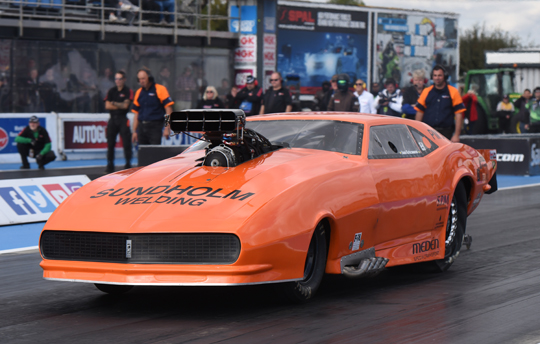 Jan Ericsson, yesterday’s leader and the number two in the championship before the European Finals, was the second driver to break the 5.8-second barrier with a stunning 5.789 seconds new personal best to claim the number two position. 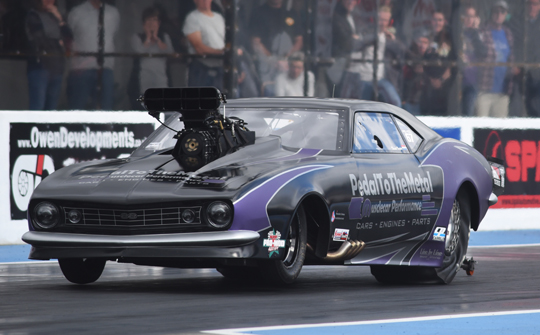 David Vegter impressed as well with a great 5.81 seconds to jump into the number three position. Mats Eriksson improved to 5.89 seconds, but dropped one position and is the number four qualifier. Roger Johansson improved to 5.92 seconds and is in fifth position, with Kim Kristiansen (5.96 seconds) sixth. Dmitry Samorukow is the seventh and last driver with a 5-second elapsed time. John Tebenham (6.02 seconds) and Bobby Wallace (6.03 seconds) both reset their personal bests and finished qualifying in eighth and ninth position. Michael Gullqvist, leader in the championship before the European Finals, is only in tenth position. 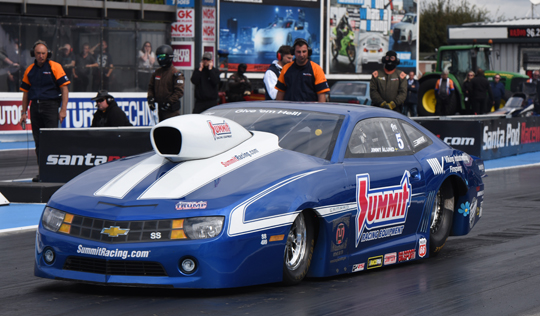 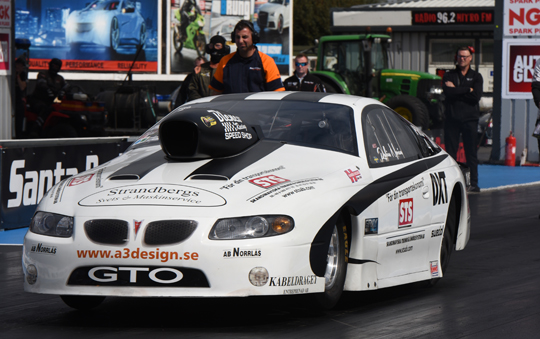 There was a major improvement for Robin Norén and with 6.58 seconds the Swede jumped from fourth into the number two position. 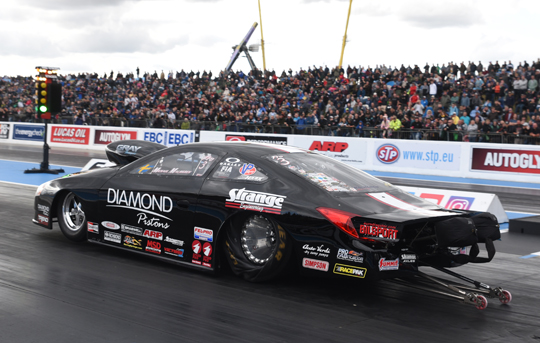 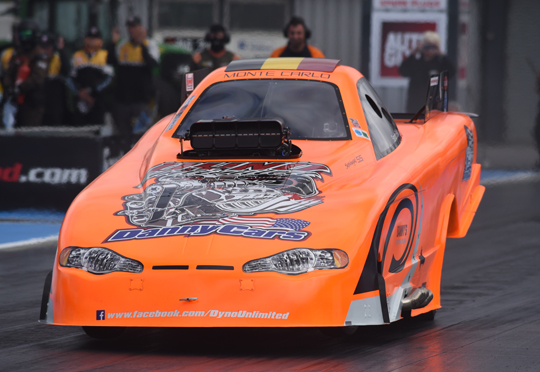 In Top Methanol Sandro Bellio improved to a great 5.49 seconds and remained the number one qualifier. 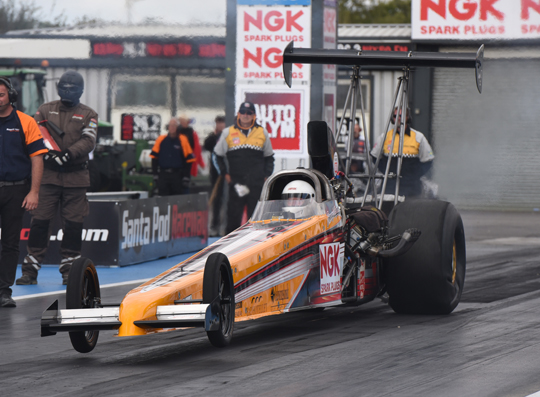 Jonny Lagg couldn’t improve on his Friday performance, but remained second. Monty Bugeja had to skip the first day of qualifying, but recorded 5.56 seconds on Saturday to claim the number three position, with Silvio Strauch fourth. 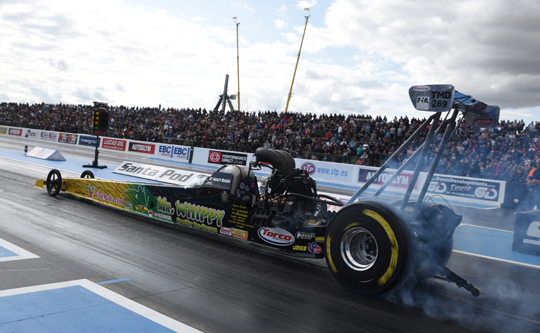 More photos of the European Finals can be found on: https://www.dragracingeurope.eu/fiaedc/round-6-santa-pod-raceway-uk-september-5-8th-2019/