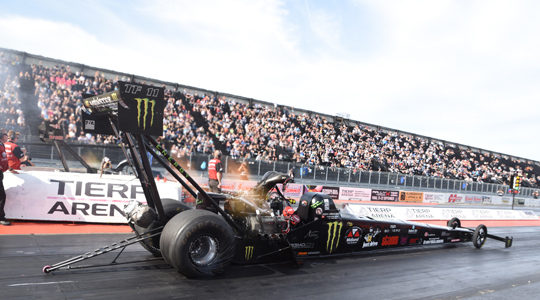 After a mind-blowing second day of qualifying Jndia Erbacher (Top Fuel), Jan Ericsson (Pro Modified), Jonny Lagg (Top Methanol) and Jimmy Ålund (Pro Stock) claimed the number one qualifying positions at the Summit Racing Equipment Internationals at Tierp Arena and will lead their respective categories into Sunday’s eliminations at the fifth round of the 2019 FIA European Drag Racing Championship. Erbacher claimed her number one qualifying position in a stunning new European record of 3.817 seconds and also reset the European speed record to 513.31 km/h.

Perfect track conditions made the second day of qualifying of the Summit Racing Equipment Internationals at Tierp Arena one to remember, as there were numerous improvements and personal bests in all categories of the FIA European Drag Racing Championship. In Top Fuel two European records were reset and many 3-second runs were recorded, while in Pro Modified no fewer than nine drivers qualified with an elapsed time in the 5-second zone. 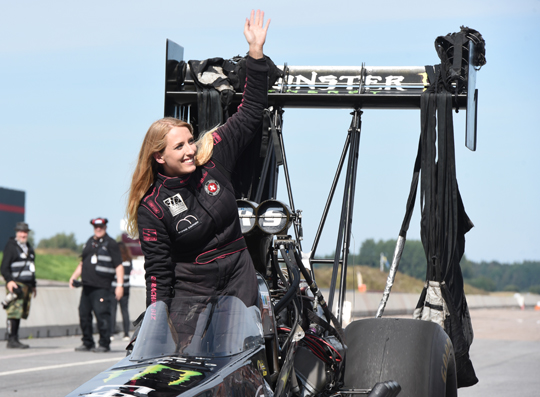 In her first run of the day Jndia Erbacher, Friday’s number three qualifier, stormed to a stunning 3.817 seconds at 513.31 km/h to reset the European elapsed time and speed record and claim the number one qualifying position. 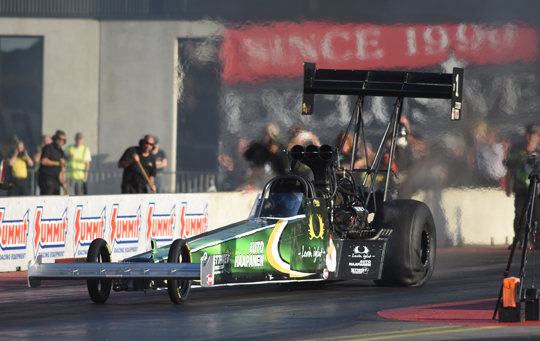 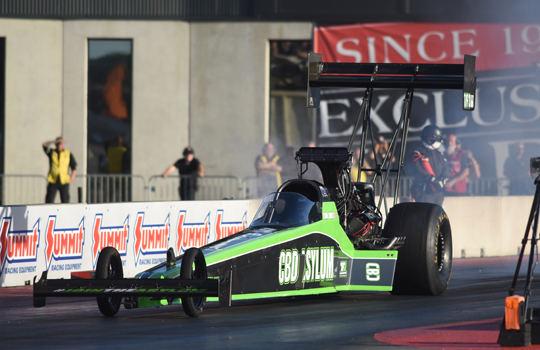 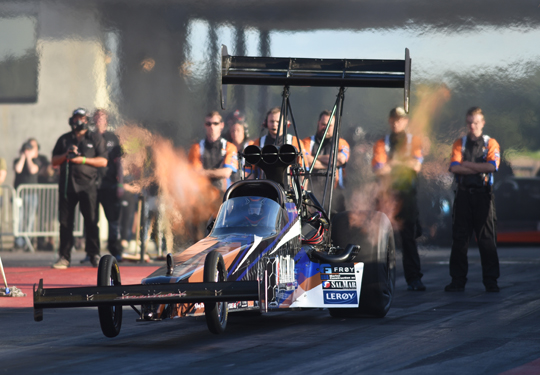 Maja Udtian improved to 3.92 seconds and was the fourth driver to break into the 3-second zone, but the number two in the championship remained fourth in the qualifying order. Stig Neergaard, Friday’s number two qualifier, dropped into the fifth position, with Tethys sixth, Mikael Kågered seventh and Timo Lehtimäki eighth. 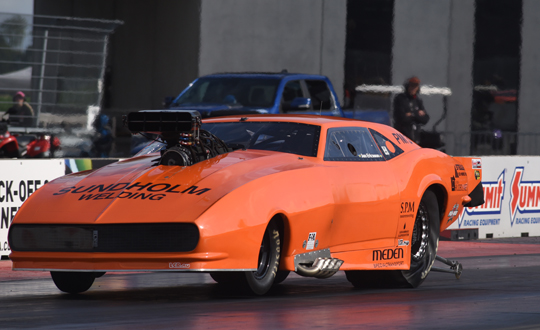 In Pro Modified Jan Ericsson remained the number one qualifier, but the championship leader had to record a much quicker elapsed time to claim that position. The Swede stormed to a stunning new personal best of 5.805 seconds. 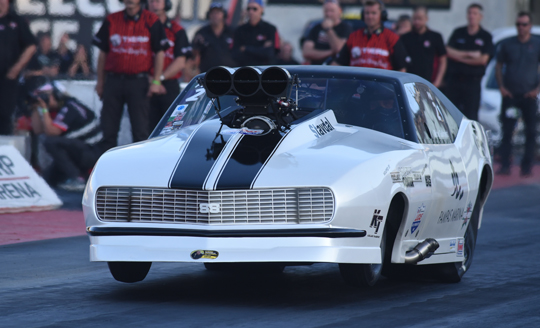 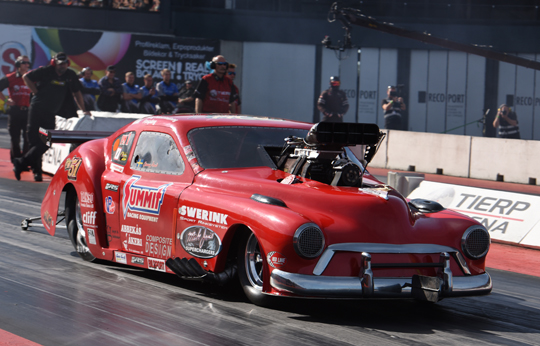 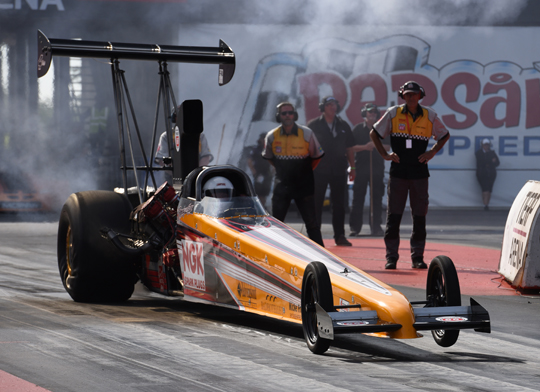 In Top Methanol Jonny Lagg impressed with a great 5.31 seconds to jump into the lead. Sandro Bellio improved as well and claimed the number two position. 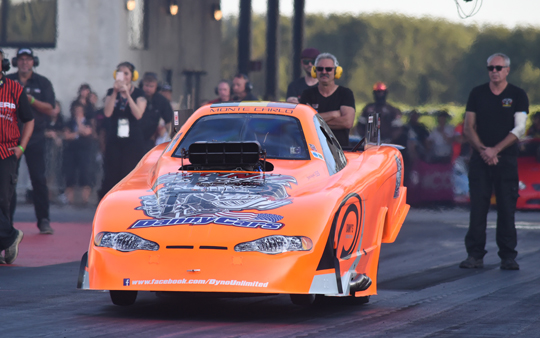 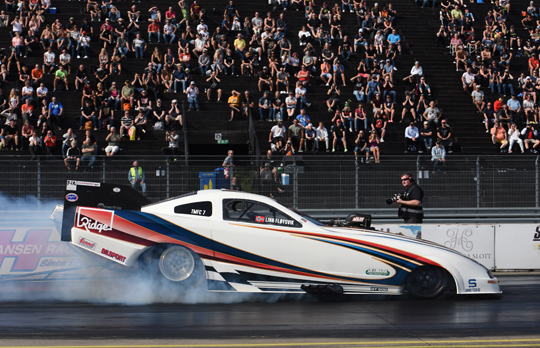 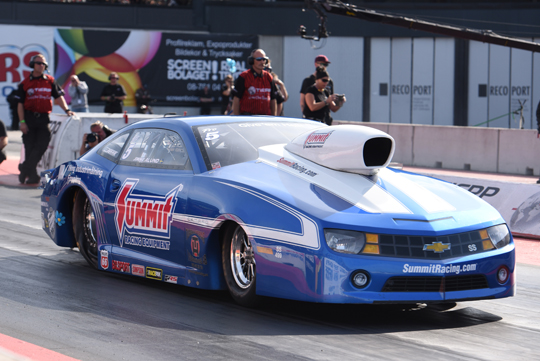 There were also many improvements in Pro Stock. Jimmy Ålund stormed to a stunning 6.48 seconds and remained the number one qualifier. 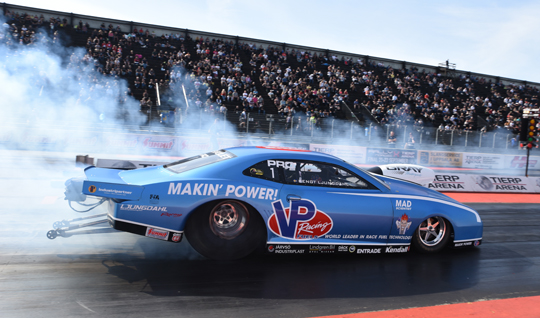 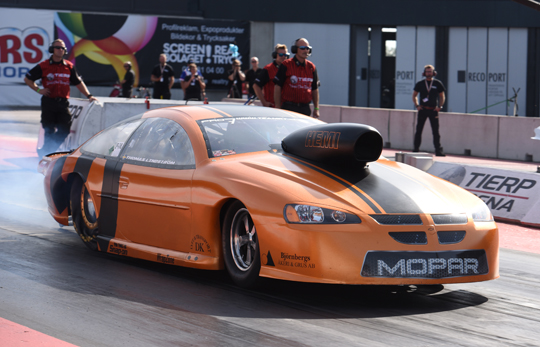 Thomas Lindström surprised, and with 6.58 seconds the former champion was the next driver with a run in the 6.5 seconds. In his last run Stefan Ernryd improved to 6.59 seconds to jump into the number four position, with Michael Malmgren fifth and Sampsa Palos sixth. Robin Norén, yesterday’s number three qualifier, couldn’t improve on his earlier performance and dropped into seventh position.