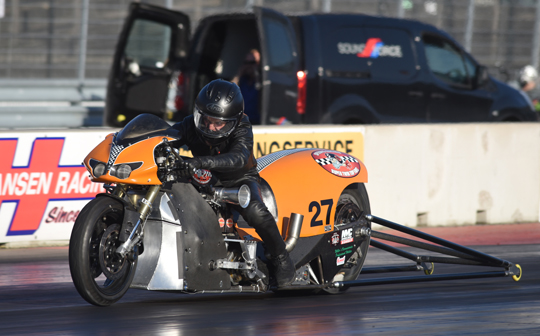 Sunny and great weather conditions at the second day of qualifying for the Tierp Internationals, round one of the EDRS Pro Nordic Motorcycle Championship at Tierp Arena. 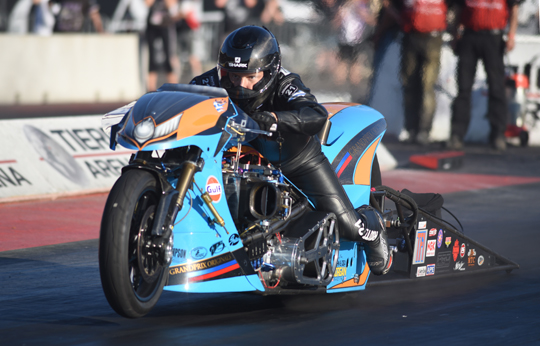 In Top Fuel Motorcycle Filippos Papafilippou, from Greece, stormed to a stunning 5.78 seconds to claim the number one qualifying position. Friday leader Rikard Gustafsson improved to a great 5.85 seconds, but dropped into the number two position, with reigning champion Thomas Pettersson third. 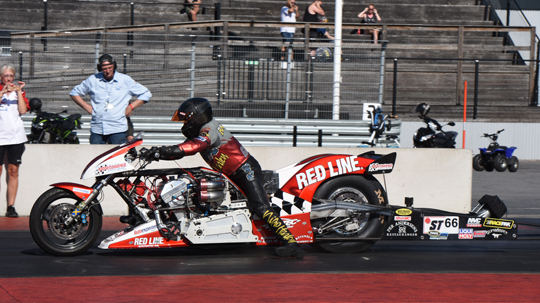 In Super Twin Motorcycle number one qualifier Marcus Christiansen couldn’t improve on his Friday performance but the 6.42 seconds was enough to remain in the number one position. There was a major improvement for Tommy Grimes who recorded a great 6.46 seconds to claim the number two position. Gert-Jan Laseur stormed to 6.72 seconds and jumped from outside the elimination ladder into the number three position. Harri Piensalmi is fourth (6.733 seconds) closely followed by Samu Kemppainen with 6.739 seconds. The top ten qualifiers all recorded an elapsed time in the 6 seconds. 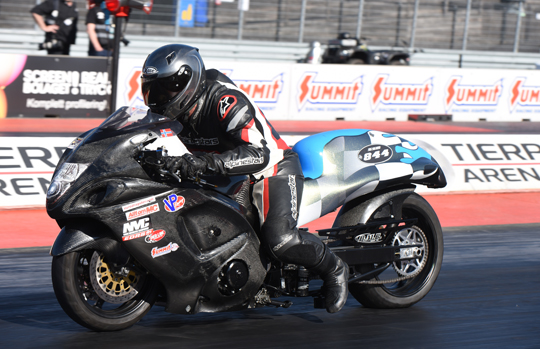 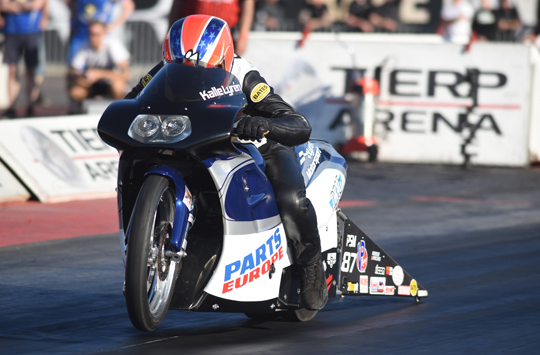 In Pro Stock Motorcycle Kalle Lyrén improved to a great 6.97 seconds to claim the number one position, with Fredrik Fredlund close behind with 7.01 seconds. It will be a close fight in eliminations between these two riders.