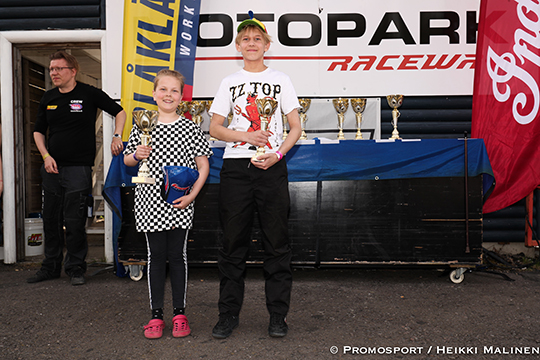 Here is the winners and Runner Ups at Motopark SM round 1, where the Jr Dragster and Jr Dragbike was represented in the Summit Racing EDRS Series.

Congratulation to Helmi Oikarinen and Runner Up Roni Tekoniemi who was the fastest drivers in Summit Racing EDRS Series Jr Dragster class. Helmi is, at this stage, leader of the Summit Racing EDRS Series Jr Dragster North division tabel and Roni is on the third possition. Also a big congratualtion to the Jr Dragbike class winner Mika Aaltonen and runner up Jone Tekoniemi. Mika is in the lead in the tabel and Jone at the second place, so far. Keep up the good job.

Next up for the Jr drivers is Vårgårda Nationals 6 in Sweden and FHRA Kiihdytysajon SM 2 at Kauhava in Finland next weekend. 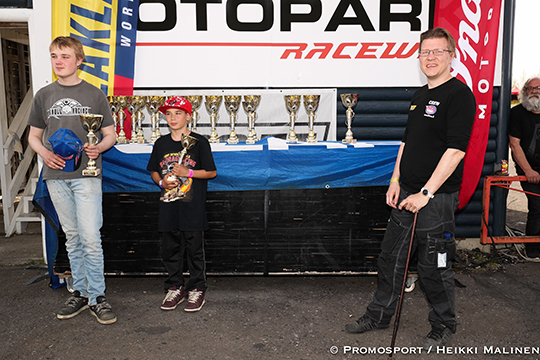