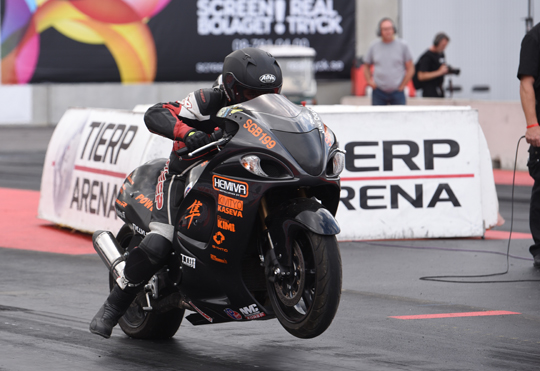 It seems like the Super Gas Bike category of the EDRS Pro Nordic Motorcycle Championship is Finnish territory. With Jami Oksanen, the 9.5-second index class had its third consecutive champion from Finland. The 19-year-old rider won two out of four races and finished the season with a runner-up spot at Tierp Arena, to claim the title with an 18-point gap over Ellen Ødegaard from Norway.

Jami Oksanen started the season with a great win at Tierp Arena to take the lead in the EDRS Pro Nordic MC Super Gas Bike category. But at his home race at Alastaro, the young Finn was out in the first round and dropped back into the third position of the title race. Oksanen bounced back with his second win of the season at Gardermoen and retook the lead with the final round at Tierp Arena to go. Oksanen started the Summit Racing Equipment Internationals with a 5-point advantage over Alastaro winner and Gardermoen runner-up Jenni Pekkarinen, also from Finland, while Ellen Ødegaard from Norway was only 40 points short of the leading Finn. In a great final race of the season, Oksanen advanced to the final, and although he was defeated by Ødegaard, it was more than enough to claim the title. After Janne Koskinen in 2016 and Iiro Reinola in 2017, the EDRS Pro Nordic MC Super Gas Bike title was again for a rider from Finland. 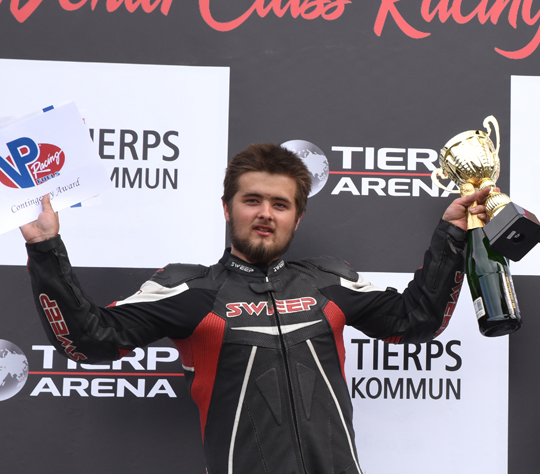 I can’t be more pleased about the season. It was absolutely great with two wins and the EDRS Pro Nordic MC title.

I would say that first race was the most important. The first place in the points standing gave me a big confidence in racing. 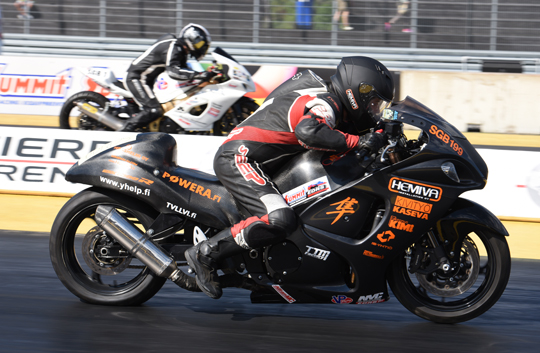 To win three championships in one season.

Probably the finals at Tierp Arena, it was stressful to wait for the strip to dry. 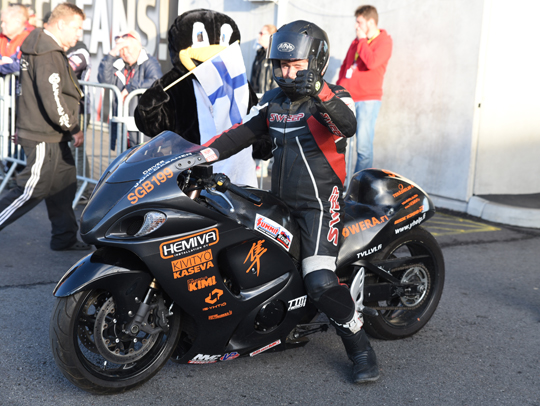 All my sponsors, my father and mother and the team for making this season possible.

I’ll take one season off as I go into military service. 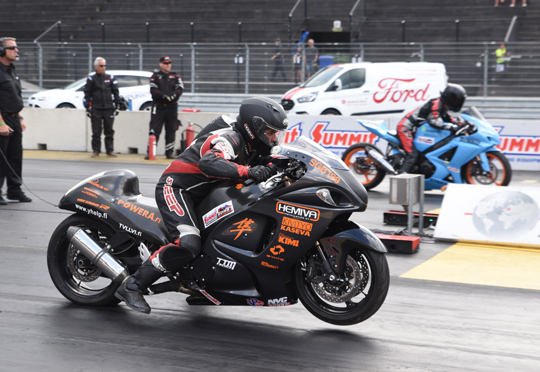