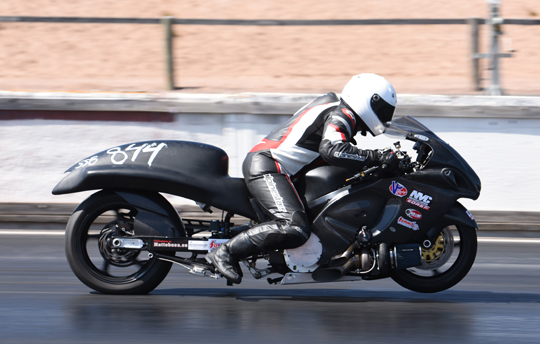 Marcus Christiansen raced to victory in Super Twin Motorcycle at the FHRA Nitro Nationals at Alastaro, round two of the EDRS Pro Nordic Motorcycle Championship. The young Danish rider was the quickest in all elimination rounds and defeated home favourite Samu Kemppainen in the final. In Super Street Bike Mathias Bohlin remained undefeated and still has a 100% score this season after doubling up his Tierp win with a victory at Alastaro. In Top Fuel Motorcycle Rikard Gustafsson took the win, while Timo Savolainen gave the home crows something to cheer about by winning the Pro Stock Motorcycle category.

The FHRA Nitro Nationals at Alastaro was the second round of the EDRS Pro Nordic Motorcycle Championship and after an exciting opening round at Tierp Arena, Alastaro was spectacular as well. 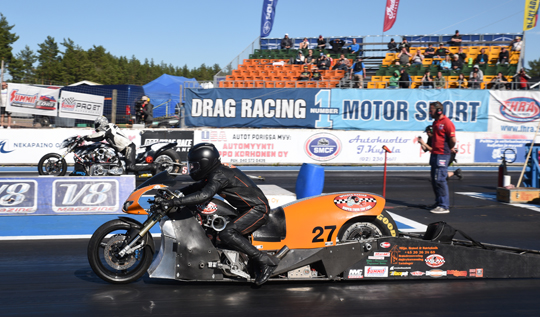 In Super Twin Motorcycle number one qualifier Marcus Christiansen once again proved his great form of this season by being both quick and consistent in eliminations. The young Danish rider stormed to a stunning 6.38 seconds in the first round to defeat Lasse Leponiemi, and 6.81 seconds to beat Greger Johansson in the semi-final. In the final Christiansen had to face home favourite Samu Kemppainen, who advanced to the final after defeating Anders Hörnström in the first round and taking a great holeshot win over Harri Piensalmi in the semi-final. In a great final Christiansen proved his consistency by recording 6.49 seconds to defeat Kemppainen (6.86 seconds). 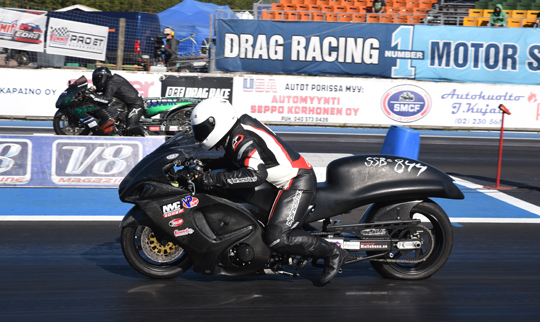 In Super Street Bike there were some major upsets in eliminations. The biggest one was that reigning champion Mogens Lund was defeated in the first round on a holeshot by Ida Zetterström. In an all-female quarter final Zetterström was too quick for Bianca Nilsson, but was then stopped in the semi-final by number one qualifier Mathias Bohlin. Bohlin’s win at Tierp Arena might have been an upset, but he proved his great form by resetting his personal best several times at Alastaro and recording a string of 7.0-second runs. In the final Bohlin had to face Vesa Ruhanen. The number two qualifier defeated Kim Hilander and Alex Hope and recorded a great 7.09 seconds in the first round against Micke Ölen. In a great final Ruhanen had the better reaction time, but as Bohlin recorded another great 7.10 seconds, the Swede won his second consecutive EDRS Pro Nordic MC race and is still undefeated this season. 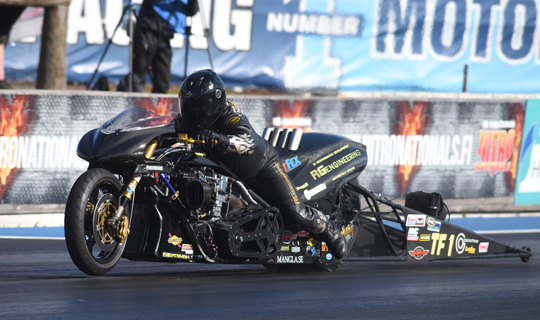 In Top Fuel Motorcycle Thomas Pettersson suffered serious engine damage in qualifying and had to withdraw from eliminations. Rikard Gustafsson proved his consistency in qualifying with a 6.04-second elapsed time as his best run of the weekend and claimed the win. 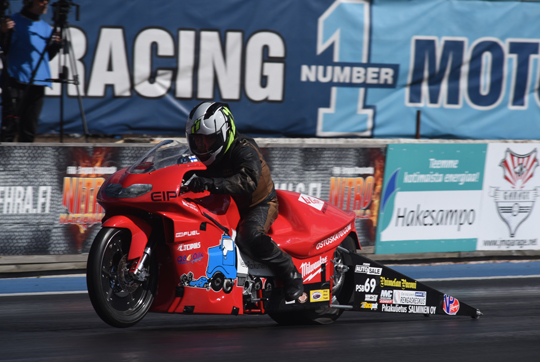 In Pro Stock Motorcycle Thomas Lysebraate Olsen from Norway was the quickest in qualifying with 7.12 seconds. The reigning champion had to face Timo Savolainen from Finland three times on Sunday and the winner of two races would take the Alastaro win. Olsen won the first race but suffered a serious problem with his front shock absorber in the burn out of the second race. Thus Savolainen won the last two races and the biggest trophy. 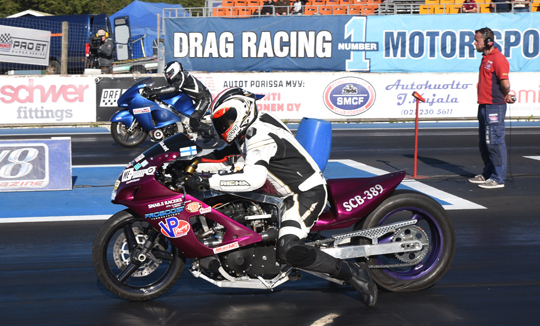 In Super Comp Bike Toni Suokas, the number four qualifier, advanced to the final after defeating the numbers one and three qualifiers Kim Oksanen and Anders Gerdtsson. In the final Suokas had to face Hannu Koskela, who surprised the number two qualifier Jami Oksanen in the semi-final. In the final Koskela recorded 8.47-seconds, too quick for the 8.5-second index category, handing the win to Suokas. 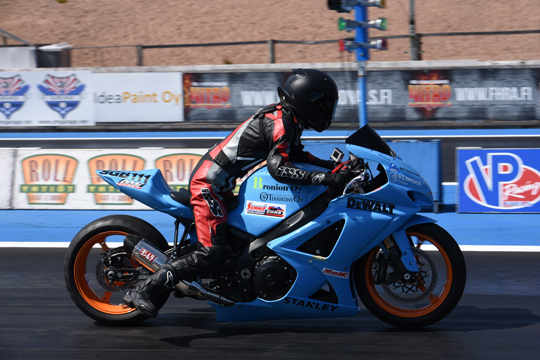 In Super Gas Bike there was a major upset in the first round of eliminations as almost all favourites were defeated. Teemu Kekola and Jenni Pekkarinen were the most consistent riders in eliminations and advanced to the final were 22-year-old Pekkarinen took the win.

Results: https://www.fhra.fi/keskustelu/threads/fhra-nitro-nationals-2018.894/ (scroll down to the bottom of the page and the results part of the website.

The points standings after the FHRA Nitro Nationals and more photos can be found on other parts of the website: http://www.edrspro.com/