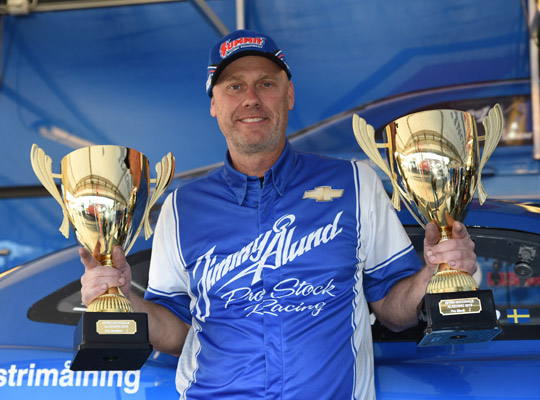 Jimmy Ålund made history at Alastaro by becoming the first driver in the FIA European Drag Racing Championship to win in two categories in one race. In Pro Modified Ålund defeated reigning champion Michael Gullqvist in the final and in Pro Stock the Swede was too quick for reigning champion Bengt Ljungdahl. In Top Fuel Timo Lehtimäki gave the Finnish home crowd something to cheer about by beating reigning champion Duncan Micallef, while in Top Methanol Timo Habermann won his second race of the season.

The FHRA Nitro Nationals at Alastaro was the third round of the FIA European Drag Racing Championship. Round number one and two in England and Sweden were spectacular and exciting, but the Finnish race made history and was filled with some major upsets. 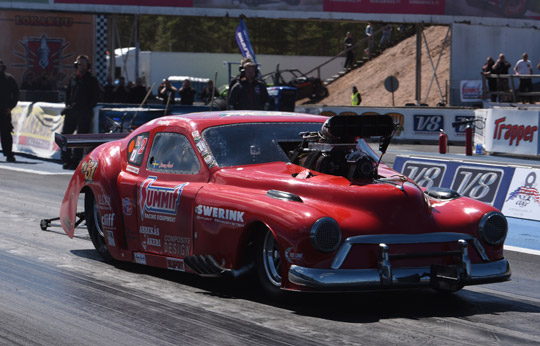 In Pro Modified number one qualifier Jimmy Ålund was both quick and consistent in eliminations and after defeating Laura Saksa in the first round with a stunning 5.87 seconds, and a bye run in the quarter finals, the Swede recorded 5.92 seconds in the semi-final to beat Rolf Simonsson and advance to the final. Ålund’s 5.87 seconds was not the quickest run of the day, as David Vegter stormed to a new track record of 5.856 seconds in the first round, but as the Dutch driver pulled a red light, he was out of competition after the first run of the day. 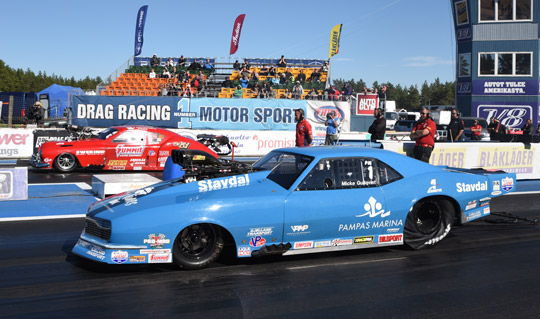 In the final Ålund had to face Michael Gullqvist as the reigning champion defeated Tierp Arena winner Andreas Arthursson in a very close semi-final that was decided on a holeshot. In the final Gullqvist suffered some traction problems immediately after the start, while Ålund stormed to a winning 5.92 seconds. 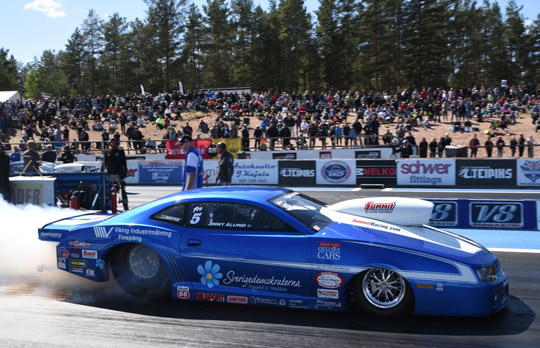 The Pro Modified winner didn’t have much time to celebrate as he had to go back to the start line for his second final of the day. After a qualifying where he couldn’t complete one good run, Ålund bounced back in the first round of eliminations with a stunning 6.57 seconds to defeat championship leader Stefan Ernryd. 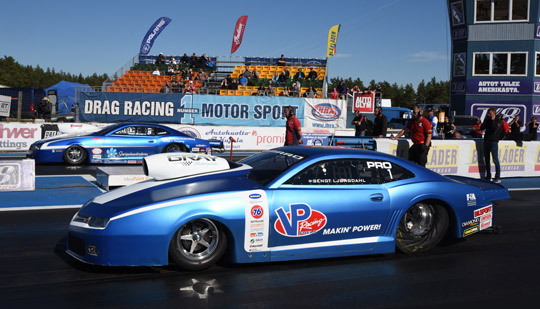 In the final Ålund had to face reigning European champion Bengt Ljungdahl. And again the final was decided immediately after the start as Ljungdahl suffered severe traction problems, while Ålund stormed to a great 6.61 seconds to win his second trophy of the day. It’s the first time in the history of the FIA European Drag Racing Championship that a driver wins two different categories in one event. 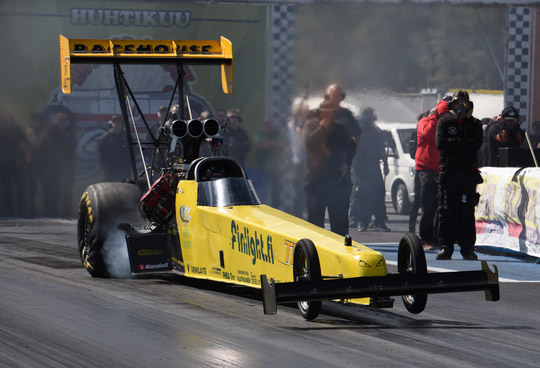 Timo Lehtimäki from Finland raced to victory in the Top Fuel final of the FHRA Nitro Nationals and gave the home crowd something to cheer about. The Finnish underdog defeated Micke Kågered and Stefan Gunnarsson to advance to the final. Reigning champion Duncan Micallef had a far from trouble free qualifying, but the Maltese driver won his first round over RF Motorsport teammate Antti Horto and saw Anita Mäkelä run into problems with a broken throttle cable. 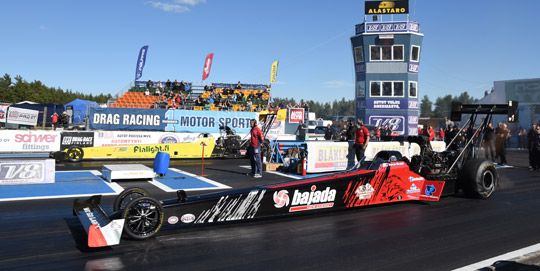 In the final it was Micallef’s turn to have some problems as his dragster lost traction on the start line, handing the win to crowd favourite Lehtimäki. 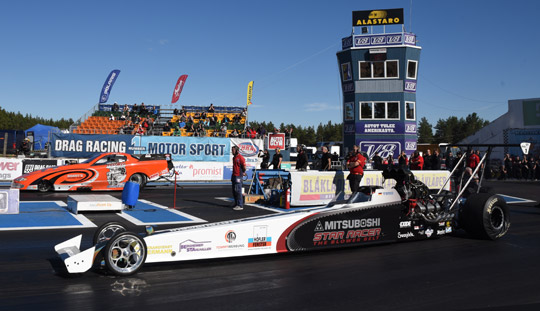 In Top Methanol the numbers one and two qualifiers Sandro Bellio and Timo Habermann didn’t make any mistakes and advanced to the final. Habermann defeated Mikael Larsson and his brother Dennis Habermann, while Bellio was too quick for local hero Ari Pietilä. The final was decided on a holeshot as Habermann had a far better reaction time to take his second win of the season.